In this article, we will discuss several things related to Naive Bayes Classifier including:

By using the basis of the Bayes theorem, the Naive Bayes Classifier formula can be written as follows :

Now that we know how to calculate the Naive Bayes Classifier algorithm manually, we can easily use Scikit-learn. Scikit-learn is one of the libraries in Python that is used for the implementation of Machine Learning. I am here using Gaussian Naive Bayes Classifier and the datasets that I use is glass classification which you should be able to download at the end of this article.

The steps in solving the Classification Problem using Naive Bayes Classifier are as follows:

1.Load several libraries of python that will be used to work on this case:

2.Load the dataset that will be used in working on this case. The dataset used is a glass dataset:

3.Look at some general information from the data to find out the characteristics of the data in general:

4.Handling missing values from the data if there is any, if not then it can proceed to the next stage: 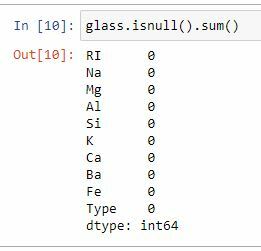 5.Exploratory Data Analysis to find out more about the characteristics of the data: 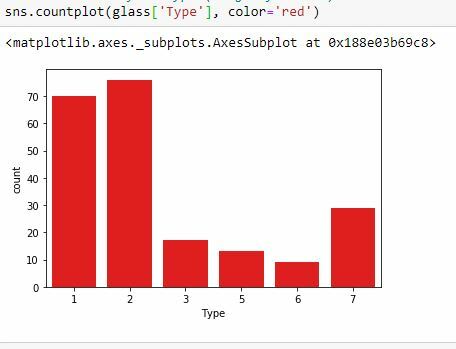 6.Modeling our data with Gaussian Naive Bayes from Scikit-Learn:

From the accuracy score, it can be seen that the value is 48% which in my opinion still needs to be improved again.
From my analysis, why the accuracy value of the Naive Bayes model is so low is due to imbalanced data. So one of the ways that I will use to improve the accuracy of my model is by data balancing.

Once suspended, codinghappinessweb will not be able to comment or publish posts until their suspension is removed.

Once unsuspended, codinghappinessweb will be able to comment and publish posts again.

Once unpublished, all posts by codinghappinessweb will become hidden and only accessible to themselves.

If codinghappinessweb is not suspended, they can still re-publish their posts from their dashboard.