Now that we have a basic introduction into what Git is and how GitHub works, let's make our first ever git repo and push it to GitHub!

Yes, we'll be doing all of that today.

The result is a repository on GitHub that you or someone else can use to keep track of your software.

A repository is a folder on your system. But that folder isn't aware it should be a git repository yet.

Let's change that. First make a testing folder on your local machine. I'll name my git-test.

The above commands will create a folder and navigate to that folder. You can run these commands in your terminal.

To initialize a new git repo, run the following command in that folder.

We should see a response as follows. 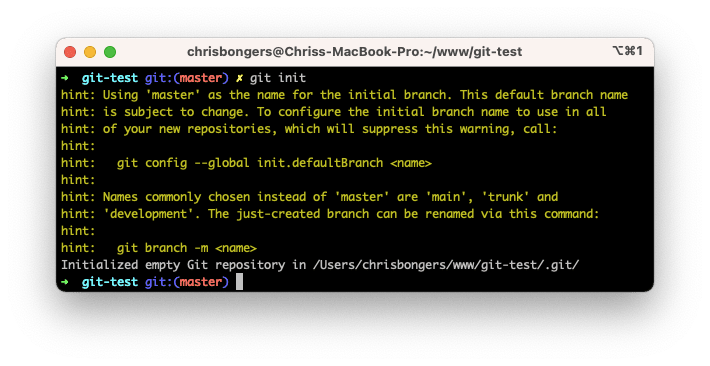 From now on Git will keep track of changes and files we add, which is amazing!

Adding files to the repository

Let's add a simple README.md file to our repository. You can use an editor for it.

Inside of this file I placed the following markdown to test with.

We can now check if Git tracked this change by using the status command. 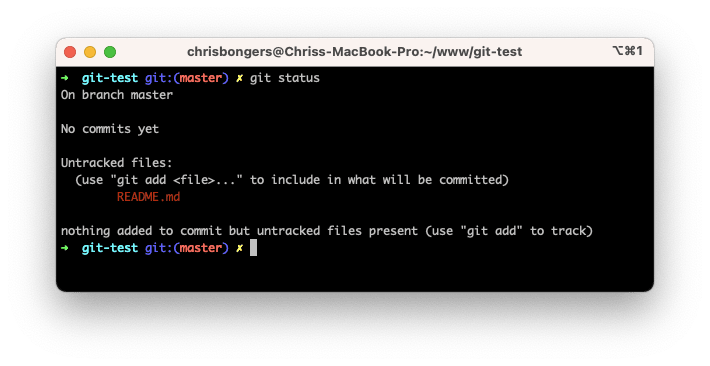 As you can see, the status mentions that the readme file is new or changed but isn't tracked yet.

To add a single file to Git we can use the add command like so:

You can also add all open files by using a ..

If we run the status command again, we should see that the readme file is now tracked. 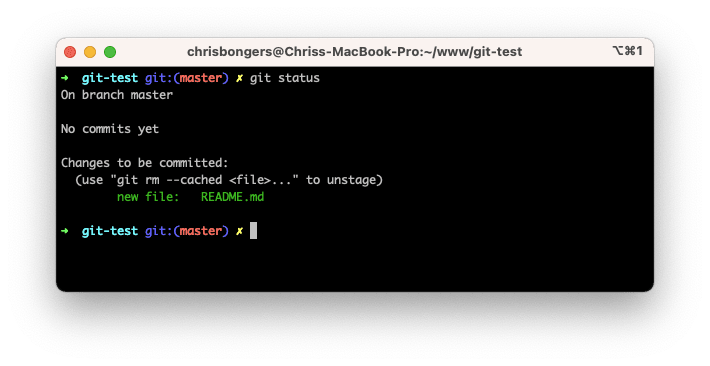 This change is now tracked but not committed as a specific commit.
A commit is like a moment in time for your code, so let's say this is now the truth. We can commit this to Git to make it captured.

Committing can involve multiple files at once. It's not limited to every single file.

Let me explain some of the parameters here:

If we would now rerun the status, we would see nothing is outstanding.

By now, we can keep track of any changes locally, which is a great start. But the real thing we want to achieve is to keep track of it in a distributed system like GitHub.

Add GitHub as a remote

Head over to GitHub and create a new repository.
Give this repository a descriptive name of your project. 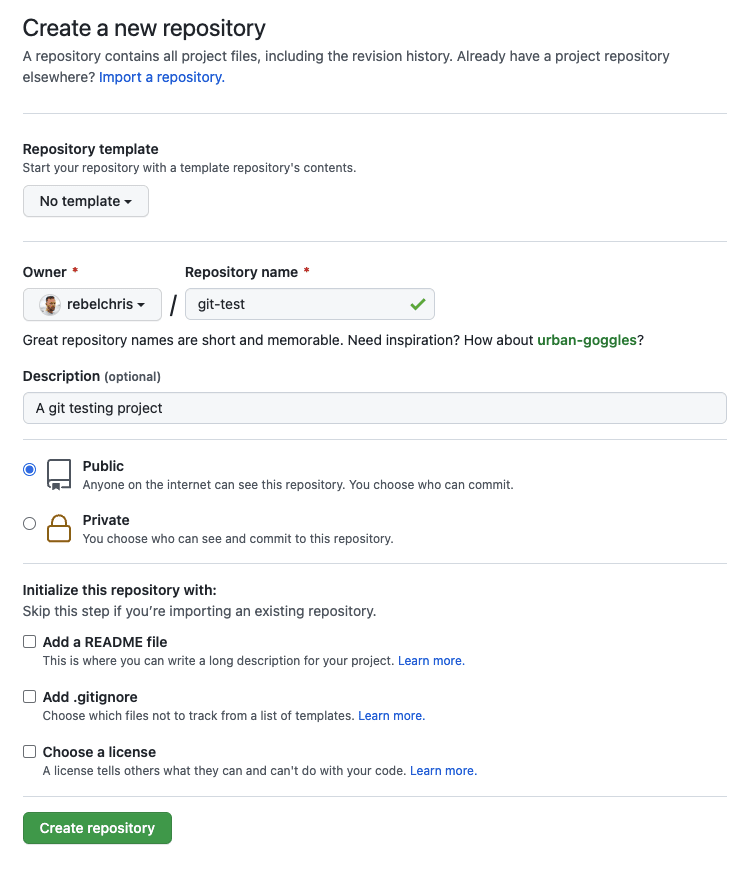 Once that's done, you enter the empty repo on GitHub.
It has all the information we need, as we will be following the second paragraph of example code. 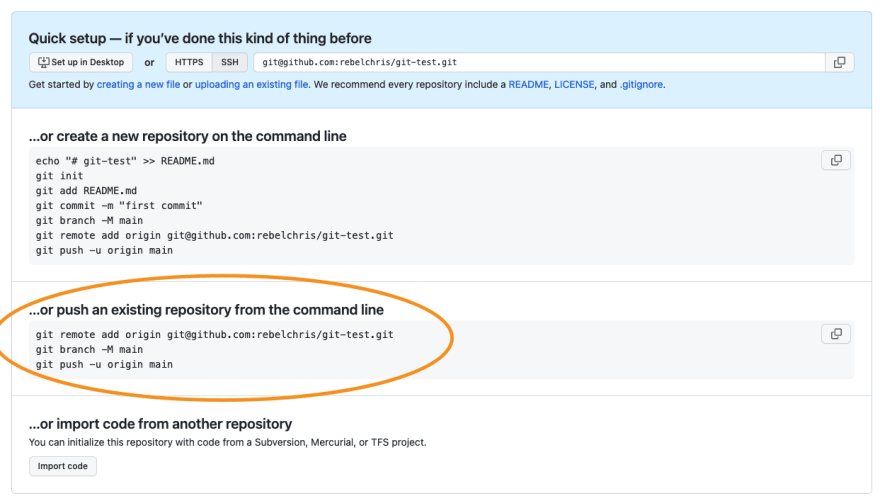 Head back to your terminal in the project folder we are working on.

Execute the following command you just got from GitHub. (Make sure this is your repo URL)

There is no real feedback for this step.

In the above step, we add a remote with the name origin. You can name this differently, but the origin is the default and most common one.

The last step we want to do is to push our code to GitHub.

Doing this will keep track of the changes we made and all the files we added.

To push to GitHub as we just set up, we need to run the following command.

Here we tell git to push to our origin remote on the master branch.

And if you now head over to GitHub, you should see your code and commit show up there.

Making changes and committing them

Let's take some time to explore further how this works.

Modify the readme file and include some more content.

In the same breath, add another file to see how it works with multiple files.
I created a simple test.txt file and added some words to it. 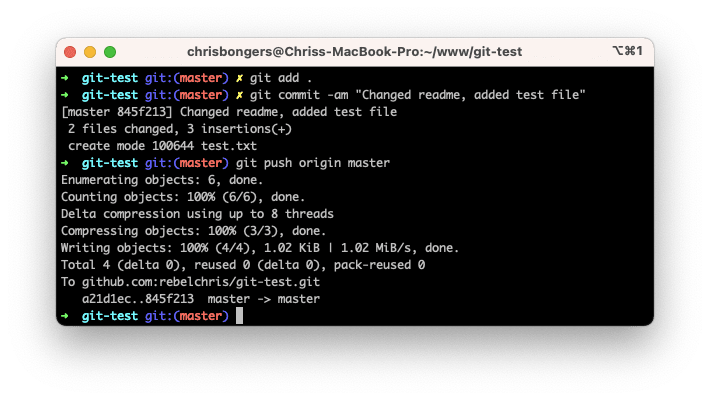 And now we see our new file and second commit show up in GitHub.

I hope you enjoyed this article and made your first ever Git to GitHub experience!

You can find my demo project on GitHub if you want it as a reference.