Although binding.pry is adequate for simple debugging purposes, I find that for cases when I have to quickly see multiple variable and object values, it becomes time consuming and messy. Thus I
use vscode's built-in debugging features with the ruby debug ide interface. Here's how to set it up:

If you don’t have it yet, install the Ruby extension and reload the editor.

In vscode, open the debugging tab and click on the dropdown, then choose the Add configuration... option. 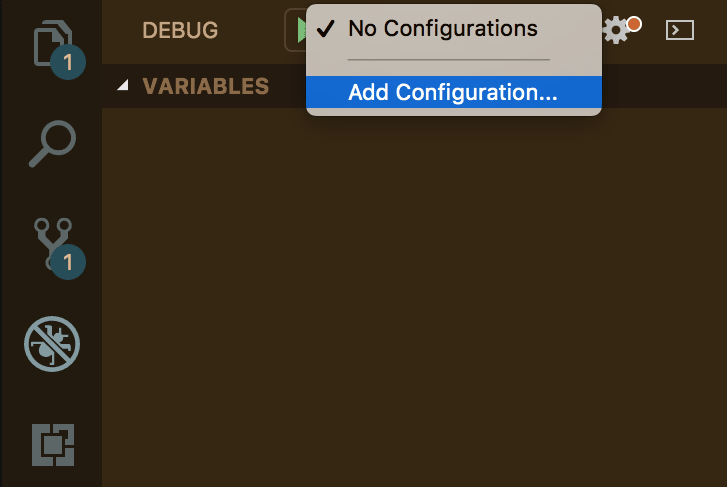 Select Ruby from the new dropdown menu. This will create a .vscode folder with a launch.json file in your current directory.

Now you can run the rdebug interface in your terminal:

If you're trying to debug a Rails app, you should instead specify the path of the rails script in your project with the server command. The script is usually located in the bin directory of your project, in which case you would write it as bin/rails server.

After the interface is running in the terminal, you can start the debugging session. In the debug tab choose Listen for rdebug-ide from the dropdown menu. Click the start button.

Your debugging session should be running. You can now hit your set breakpoints and use the debugging console to help analyse your Ruby code. 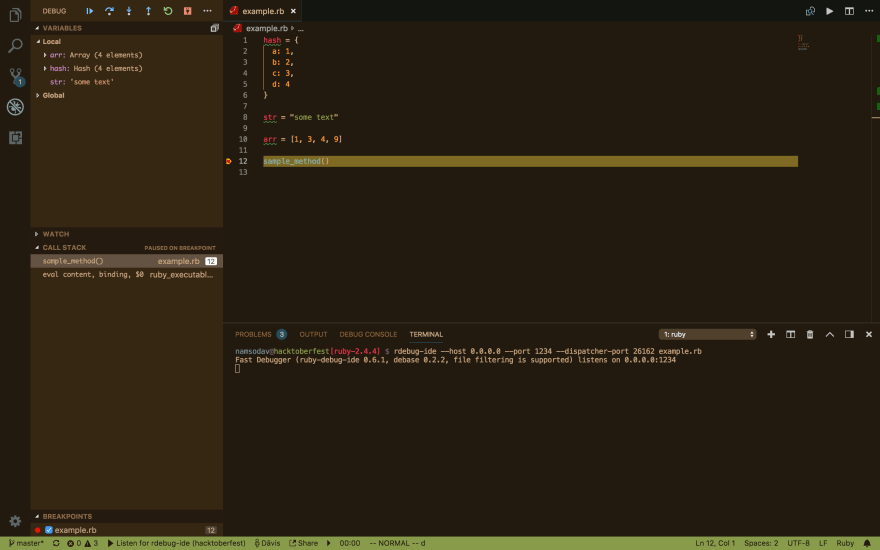 How to contribute to Visual Studio Code on GitHub

Dāvis Namsons
I'm a Rails developer interested in Open-Source
Music Monday — What are you listening to? (Classic Rock Edition)
#watercooler #music #discuss
What are the coolest uses of AI you've seen in the last couple of weeks?
#discuss #ai
Do you take notes? The story of a Notetaker
#beginners #codenewbie #career

Once suspended, dnamsons will not be able to comment or publish posts until their suspension is removed.

Once unsuspended, dnamsons will be able to comment and publish posts again.

Once unpublished, all posts by dnamsons will become hidden and only accessible to themselves.

If dnamsons is not suspended, they can still re-publish their posts from their dashboard.

Once unpublished, this post will become invisible to the public and only accessible to Dāvis Namsons.

Thanks for keeping DEV Community 👩‍💻👨‍💻 safe. Here is what you can do to flag dnamsons:

Unflagging dnamsons will restore default visibility to their posts.