This is a follow-up

Ok, a while back I asked a question and spent a few days trying to figure this out. I'm hoping that this can direct someone trying to solve the problem in the right direction. As a reference, this is the original post. 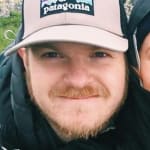 So, my problem was that I had set up an Apollo Server with the backend hosted from a /backend directory and the frontend hosted from a separate directory at /frontend. My frontend was running on localhost:3000 and the backend I had running at localhost:4000. I was running into various problems with CORS as I tried to pass cookies along with requests, and I couldn't figure out what was going on. I also had a difficult time figuring out how to pass certain things (like user data) with requests.

My problem was, I was trying to pass along specific cors options, and I didn't know that Apollo Server came with default cors settings. Those settings were overriding and conflicting with what I needed

My solution ended up being 2 parts:

This is my server/app set up as of now with everything working perfectly! Here are the main points and why I ended up implementing it that way.

Add your portfolio here so everyone can see it.