With the new year comes 100 Days of Gatsby, a challenge for both new and experienced Gatsby developers to get more familiar with the framework. I had intended to drill a lot deeper into Gatsby this year, so this dovetails nicely with that plan. The first major victory I had from working on the challenge is a much deeper level of comfort with working with Gatsby's data layer and how that feeds into the major Gatsby APIs, like Gatsby Image. For those newer to GraphQL or graph theory, the jargon and concepts can be a bit of a heavy lift, but they can definitely be demystified with a careful approach. Let's look at how I added the Image API to my in-progress portfolio to see how it works!

The What and Why of Gatsby Image

Gatsby Image is a library feature that takes advantage of the Sharp image processing library to perform certain image optimizations automatically. It offers these optimizaations on both fixed or fluid images, lets you decide the level of optimization, and gived fine-grained control over effects and features like blur-up or lazy-loading. While it's not a total replacement for the <img /> element in all use cases, it does often save developers a lot of work.

To begin, we need to be sure that three specific plugins are installed:

Depending on whether or not you used a starter and what specific starter you used (like the default starter, you may already have these dependencies installed and listed in your gatsby-config.js file. If not, install them via npm or yarn per the instructions on the offical docs, and add them to your gatsby-config.js. You also need a plugin to assist in querying for that data, which is often going to be covered by gatsby-source-filesystem. Let's have a look at the relevant portion of my gatsby-config:

Certain plugins in Gatsby call for more configuration that simply listing the plugin name, and gatsby-source-filesystem is one of those. I need to make an important distinction here about queries and paths that isn't necessarily spelled out in the Gatsby Image docs, and is approached from several angles in different places in the docs, so it might trip up newcomers to this API: When giving an argument to the query in GraphiQL (which we'll cover in a minute), the relative path begins from the value fed to the 'path' key in the 'options' object. So if you have an images folder specified here like I have, you don't need to include that in the query. Now that this setup is complete, let's move on to the data layer of Gatsby!

One of the nicer features that using GraphQL in Gatsby offers is GraphiQL, a built-in interface for writing and testing operations involving the data in your application. When you run your site using gatsby develop, npm start, or whatever the start command you've assigned is, you'll notice two URLs logged to the console: one where the site is loaded (typically localhost:8000), and one that takes you to the GraphiQL tool (usually localhost:8000/__graphiql). Let's have a look at GraphiQL:

GraphQL's base syntax consists of queries written in a form that resembles a JSON object, but with the keys on the left-hand side only. Let's break down this query:

The ability to test queries in GraphiQL is a killer feature, ensuring us that we're getting what we expect without the need to set up tests for each and every query (not that this tyoe of query verification replaces tests, mind you), so that we don't introduce them into the code itself until we're sure it's ready.

Adding an Image Query to the Front End

To use this query in my site, I first have to import some things from core 'gatsby', which I'll explain as I utilize:

..and also import Img from "gatsby-image", which we need to replace the standard <img /> tag.

Because of how queries currently work in Gatsby, we support only a single instance of useStaticQuery in a file

...so don't use useStaticQuery if you'll need to make multiple queries in a file. Now, let's look at the query variable itself:

From the outside in, I am:

Note that this variable is declared immediately inside the component declaration, but before the 'return` statement, as is often in React.

If was a fluid image, I would be passing the data object to a prop marked 'fluid', and I would replace the 'fixed' part of the argument with fluid, but it would otherwise be the same.

And it's showing up on the page! 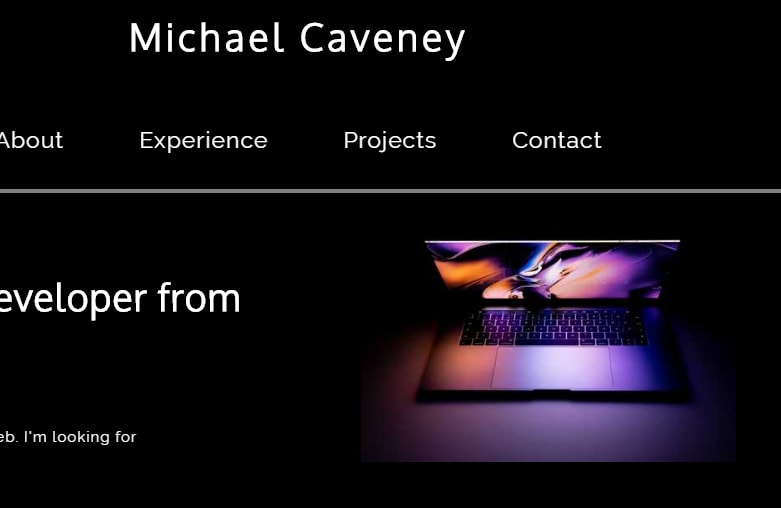 Querying for and configuring images in Gatsby can be intimidating at first and is honestly one of the more laborious APIs to work with in this framework, but is a skill every Gatsby dev will want to be adept in. I hope this piece helped you understand Gatsby Image more completely!

Once suspended, dylanesque will not be able to comment or publish posts until their suspension is removed.

Once unsuspended, dylanesque will be able to comment and publish posts again.

Once unpublished, all posts by dylanesque will become hidden and only accessible to themselves.

If dylanesque is not suspended, they can still re-publish their posts from their dashboard.

Once unpublished, this post will become invisible to the public and only accessible to Michael Caveney.

Thanks for keeping DEV Community 👩‍💻👨‍💻 safe. Here is what you can do to flag dylanesque:

Unflagging dylanesque will restore default visibility to their posts.