Before starting with CRUD operations, recommend learn about: 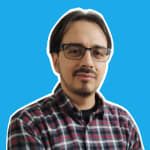 How to create properties from variables in JSON

CRUD operations are things that you going to make all your life as a programmer.

With JSON can use a clever data structure to avoid brute force search with for loops. Using the "character" name as "Primary Key".

Maybe it's a little good looking, but you need to deal with array of positions on CRUD operations.

Once suspended, equiman will not be able to comment or publish posts until their suspension is removed.

Once unsuspended, equiman will be able to comment and publish posts again.

Once unpublished, all posts by equiman will become hidden and only accessible to themselves.

If equiman is not suspended, they can still re-publish their posts from their dashboard.