Select the Postgres.app release having the desired version here. Install it, "Initialize" the server then run:

The PostgreSQL version of the project I'm working on at work is 9.6.6. The problem is that my machine uses a later version. It results in conflicts with the db/structure file each time I run a db:migrate.

Like most dev running on macOS, I usually use Homebrew. It allows to easily switch to another installed version of a formula by running brew switch formula@version. As you guess I tried, but the problem is that Homebrew only handles major versions of each release and I need a specific minor version.

Because I also need to switch between old and recent Rails projects, I often have to change the running PostgreSQL version. My current solution is to use the Postgres.app. 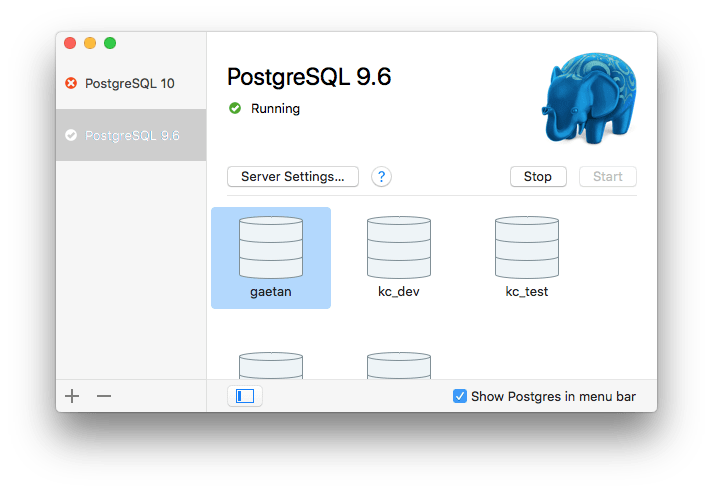 If you already have PostgreSQL installed on your system via Homebrew but want to use a specific version (like a previous one) with Postgres.app, just follow these steps: 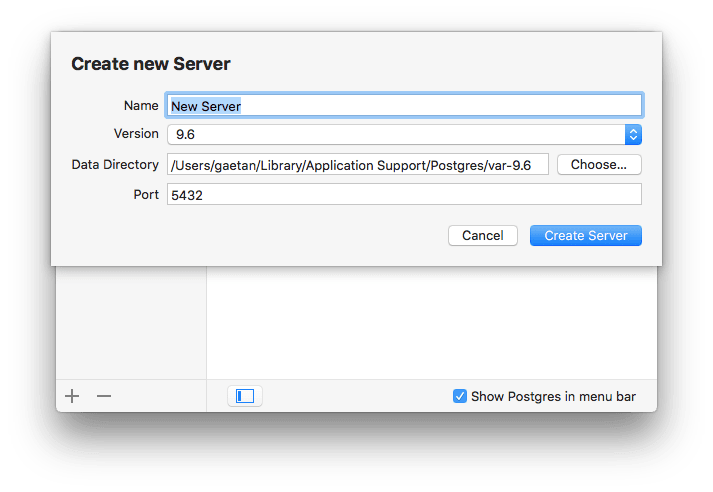 This last step allows you to use tools like pg_dump etc. Just run:

(Don't forget to replace 9.6 with your version).

Relaunch your shell. Welcome back to the past!

If you have better solution to switch between specific versions of PostgreSQL without external app like I did, don't hesitate to share it! :)

Gaëtan Masson
Software writer fluent in Ruby.
How To Write A User Story
#javascript #webdev #programming #tutorial
Why I am not getting good at Programming?!!
#beginners #career #discuss #writing
Using Only CSS to Recreate Windows 98
#css #webdev #showdev #tutorial

Once suspended, gaetanm will not be able to comment or publish posts until their suspension is removed.

Once unsuspended, gaetanm will be able to comment and publish posts again.

Once unpublished, all posts by gaetanm will become hidden and only accessible to themselves.

If gaetanm is not suspended, they can still re-publish their posts from their dashboard.

Once unpublished, this post will become invisible to the public and only accessible to Gaëtan Masson.

Thanks for keeping DEV Community 👩‍💻👨‍💻 safe. Here is what you can do to flag gaetanm:

Unflagging gaetanm will restore default visibility to their posts.