In this articles, we will see how to implement apache kafka with node.js. Apache Kafka for Node.js Developers

Firstly, kafka is a streaming platform which implements the publish/subscriber model.

Further, If you want to Learn how kafka works under the hood.you can read this article series

On the other hand, you can think of why as a node.js developer, i need to learn about Kafka. there is a reason and need for that.

Mainly, we are in the development Era of Microservices. Most of the Companies prefer to build their applications using Microservices.

If you are a Node.js developer, you may also be in a situation where you need to build one. If you do some research on Microservices, you will find lot of resources referring Kafka along with Microservices.

Reason being, is Many of the UseCases for Microservices are Event Sourcing 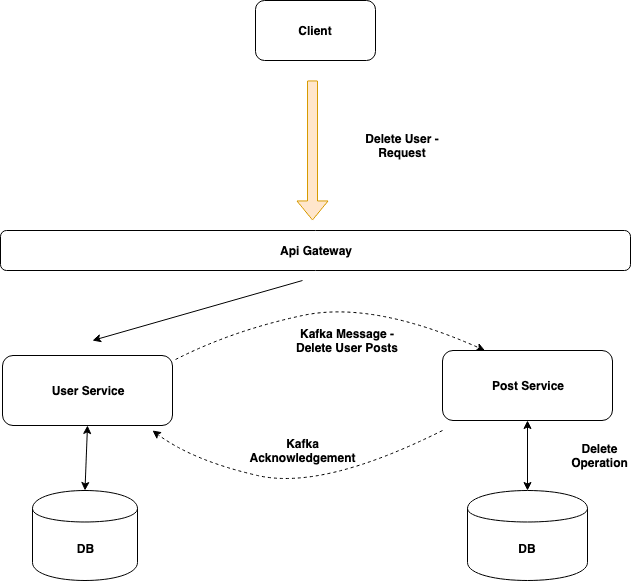 Mainly, we will see how to implement the above usecase using Kafka and Node.js

Event Sourcing comes when we an user is deleted, we need to delete all the posts related to user.

When Client make an API call, gateway sends the request to respective Microservice.

If the particular service has some data dependencies with other services, it will send the Data to Other services using Kafka(Event Sourcing).

Other Services SubScribes the Kafka Topics and get the data to do the business operations. 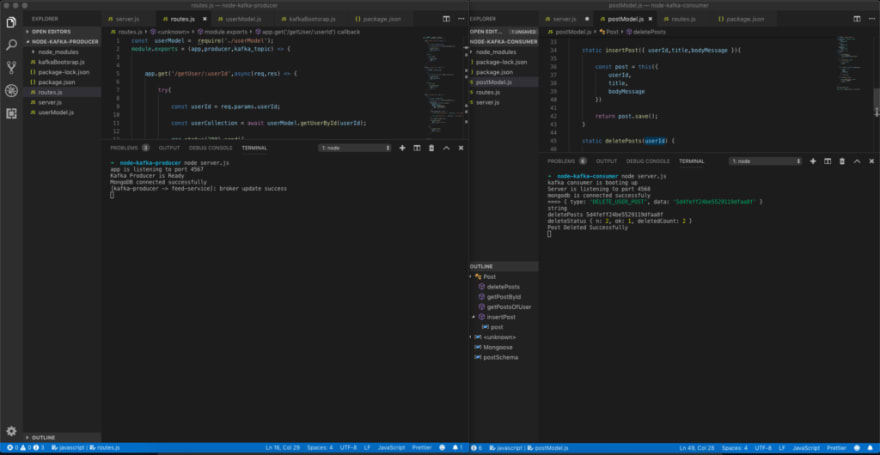 Apache Kafka can be used in lot of situations like Event Sourcing,Data Streaming and Message Queue. As a Backend developer, it is always good to know different possibilities to decide the best solution for solving the problem.