Yesterday I shared this gist: 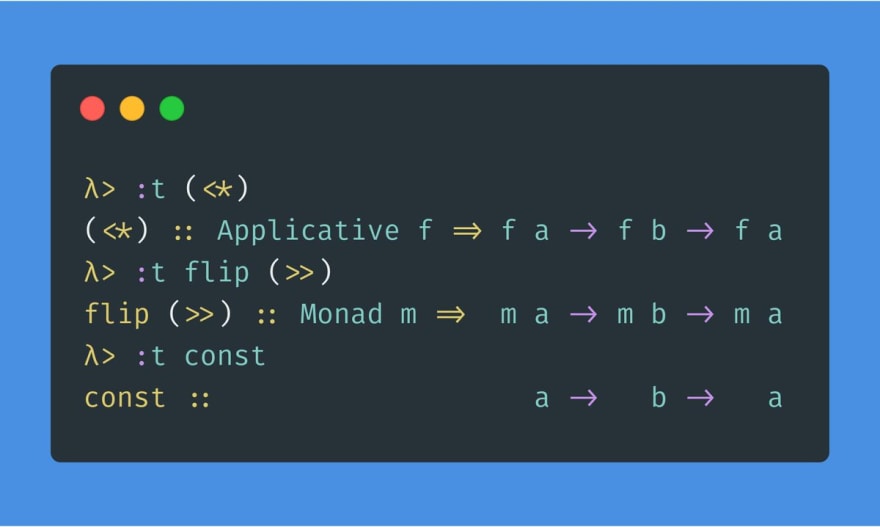 One thing I find interesting about Haskell, and FP in general, the simple patterns keep repeating as more complexity is added.

The sequence operators from Applicative and Monad are the "lifted" versions of `const`.

And I planned to expand on it today based on some assumptions I had.

If you liftA2 const the signature is the same but I doesn't behave as (<*) and (>>) though, I'll point that out today.

By playing around in GHCi I found out that my assumption was wrong. 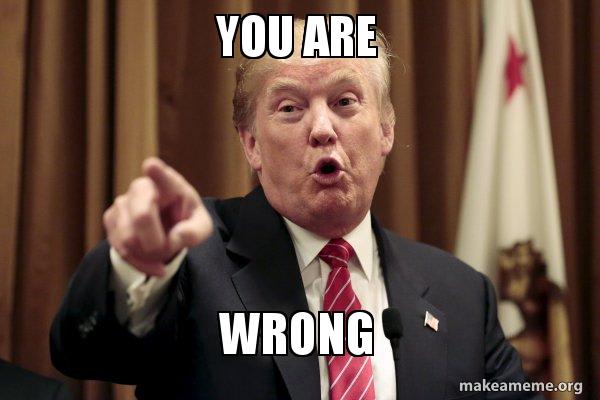 So I did a bit of digging, by digging I mean Hoogling the functions and checking their sources in Hackage, to understand why.

I found some interesting things.

As it is always the case in Haskell, the signature says a lot. It looks like it takes two applicatives and returns the first one.

And that is the difference with const.

When I said that (<*) is the "lifted" version of const I didn't mean lifted in the Haskell sence, I meant lifted as in the function was used in the context of an applicative. Well I guess that's kind of what lifted means, so let's try again. What I meant is that the signature was "the same" but in the applicative context (same semantics, always returning the first argument and discarting the second).

Turns out, (<*) is actually the "lifted" version of const (in the Haskell sense). Oh, and that's exactly the implementation in base.

So what I was wrong about? 🤔

I assumed that if you lifted const it would still behave as the good ol' const.

Well, as we saw already, it doesn't. As I said it respects the semantics of the applicative.

Because that is the whole point of liftA2.

* to be continued (whit a deeper look into liftA2).

P.S. Yeah I used a "lifting" 🏋️ picture in a post about lifting. Sorry.

Once suspended, gillchristian will not be able to comment or publish posts until their suspension is removed.

Once unsuspended, gillchristian will be able to comment and publish posts again.

Once unpublished, all posts by gillchristian will become hidden and only accessible to themselves.

If gillchristian is not suspended, they can still re-publish their posts from their dashboard.

Once unpublished, this post will become invisible to the public and only accessible to Christian Gill.

Thanks for keeping DEV Community 👩‍💻👨‍💻 safe. Here is what you can do to flag gillchristian:

Unflagging gillchristian will restore default visibility to their posts.