As I listened to the latest episode of Code[ish], I was reminded of the many interesting pitfalls of integrating free open source software (FOSS) with… capitalism. Leah Silber is interviewed in this episode, one of the real lights of the FOSS community, whose major contributions started all the way back with jQuery. Her company, Tilde, doesn’t spend much on marketing since its team are made up largely of FOSS superstars.

I wanted to do a quick write up of what I’ve seen in my decade of experience working in software, all of it with teams that either relied on open source software or contributed heavily to open source.

These anecdotes really do all revolve around how open source meshes with “normal” profit-driven vision. I don’t have a strong narrative or agenda here, but if you’re starting out in software and curious how FOSS meshes with business, here are some interesting points!

one note: I cannot always be as specific as I’d like with companies, clients, names and dates. I doubt I’m under much real legal restriction (non-disclosure agreements are hard to enforce), but I’ve no desire to share specific messy details of my former client’s internals

This writeup by Owen Williams says it better than I could: The Internet Relies on People Working for Free. The pattern is one we see all over: companies love having access to software they don’t have to pay for, but when they hit trouble they start by assuming they can demand a fix from the original developer. In this case one company thought they could get the developer of cURL to come fix a bug by buying a plane ticket and paying them no wage.

I know people who still use a travel agent. This is surprising since the internet got pretty big in 2005 and since then no one really needs a travel agent. Their reason for paying someone to do a service they could get for free: “when something goes wrong, I pay someone for it to be their problem.” Open source means you booked your flight on XoomFlights.net: it was cheaper, but when you have problems it’s no one’s job to care.

But if you give a little to FOSS, you can get a lot

Tilde is one of the best examples of this, but private businesses gain a lot when they choose to contribute to open source. One of the primary advantages is that open source projects spread a lot further than commercial licensed software. If you can get your team to be synonymous with software everyone uses, it’s a lot more powerful than a Twitter ad.

Having FOSS contributors on your team is also a great recruiting tool. All the people I follow and respect in software have either made cool FOSS software or written great tutorials. The labor they gave away resulted in huge social capital, and when I look for a next job, I’m always eager to work for FOSS contributors.

Another route I’ve seen pretty frequently is selling consultancy services for FOSS that you help maintain. Who better to help an org use software than the people who built it in the first place?

A great deal of FOSS is released under licenses that specifically prohibit the redistribution of that software for commercial uses. This may date me severely but there was a time when most of the software people used was purchased in a store on a disc, and this licensing was intended to prevent someone downloading, say, jQuery, and slapping a label on it to sell down at Fry’s. 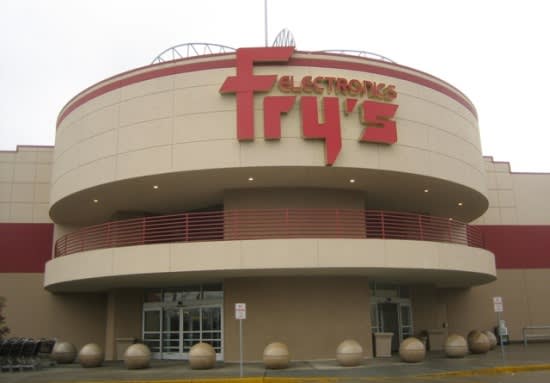 But wait… if the most common license for open source software, the GPL, prevents commercial use of the software, why are we all using FOSS at work?

Part of the answer is the nature of modern software. Most of the time we are not selling software that the customer is going to download and install on their machine. Most of the major successes in software this decade have been selling Software as a Service (Saas) where the software runs on servers owned by the business and the customer installs almost nothing.

So, if I sell a service instead of a software package, I’m safe right? Maybe, and maybe not. These problems are generally referred to as “open source risk” and the legal risk of using FOSS to sell SaaS is similar to the health risks of vaping: a whole new set of risks dissimilar from the old way, but possibly just as bad or worse!

I’ve been on more than one team that decided the risk was too great, and had to pull open source libraries from their project, re-implementing whatever functionality those libraries did from scratch.

Go forth and FOSS

I hope these few anecdotes give you a sense of where FOSS is in the tech industry. If you’re just getting started in software I strongly recommend trying to make a first open source contribution today. Check out this great guide to get started!

This website, DEV, is a social media platform designed specifically for developers.

My Patreon page is now live!