Last time I was adding tailwind to my React project, it took me around 30 mins to do the research and referring to previous projects to finally get those utility classes working. So I thought to make a checklist for anyone or even me in future to refer while thinking of using Tailwind in React.

Note In no way is the following methods are the only way of adding Tailwind to your React projects, but it seems to work in most cases for me. If you have any opinions do recommend your own ways in threads down below, I might add it to this blog in coming days.

Once it's done, move on to the package.json and have a look on all packages you have. Now in order to add and configure tailwind, we need to add some additional packages for convinience.

The additional packages are:

3️⃣ autoprefixer is a postcss plugin which automatically does vendor prefixing from referring caniuse.com which is such a blessing

4️⃣ @fullhuman/postcss-purgecss is another postcss plugin, which gets rid of all the unused css styles resulting in smaller builds

Now its time to add the tailwind files to our project. We need to create two files, one is tailwind.css that tells what stuff to include from tailwind library and second is the tailwind.config.js which helps in configuring tailwind accroding to our favour.

Create the above two files manually or by copy pasting the below in terminal.

Now this file will be referred by tailwindcss npm package which will then generate a huuuge tailwind css file with all our utility classes in it.

But first, we need to add which type of classes we need. So add this to your tailwind.css , just created file.

As explained above you shall configure it yourself according to your needs. Know how to do this on the great docs by Tailwind. In my case, I like to have a desktop first approach than mobile, which is totally opposite of what's default in Tailwind so this is what I like to begin with.

Protip Instead of creating the tailwind.config.js yourself and copy pasting any boilerplate you can run this npx command to get you a skeleton setup to get started.

Also pass the --full flag in the end to get the entire config file for tailwind.

Configuring postcss in our project with its additional plugins.

Create a file named postcss.config.js in your root folder or just copy this to terminal.

Now update the file with our installed plugins and tailwind.

If you've never heard of Purgecss, it's another plugin for postcss which helps us trim the gigantic css file tailwind produces and narrow it down to only the classes/styles that we've included in our codebase.

Notice, we're using this plugin only in production as in development it's not much of a concern and can be slow to run, so better we took care of that. And rest are tailwindcss and autoprefixer which as mentioned, vendor prefixes our css stylings, like.

Here is when we'll use the npm-run-all package. So basically, what we want to do is create some npm scripts that watches and compiles our tailwind file whenever we make any changes to it.

To not confuse you let me get to it one by one.

You'll need to run it for once before publishing the build and all it does is take src/tailwind.css as an input file and outputs the css classes as required into tailwind.generated.css and -o is for output.

The only difference between this and above is the -w flag, that is for watch and now whenever you update the tailwind.css file you'll see the changes take effect instantly.

Now finally sticking them together, while running npm start we can get our react to work, but to watch for changes in tailwind.css file we need to add the run-p watch:tailwind command.

run-p is a from our npm-run-all package and all it does is run our given scripts in parallel. So here we can run both npm run watch:tailwind and npm run start at the same time, instead of switching terminals.

Ultimately we need the build commands for deploying our app, so lets add them. One thing you should know is pre keyword is special here, it means anytime our build command will be executed, before it the prebuild must execute. Same with prestart and start.

There's also post keyword to do the vice versa, like postbuild to run a script after running build script. However, I haven't yet used it.

This is the list of same commands all together, with some default ones for testing.

Now we're done with setting up scripts for tailwind to run, feel free to add anyother script you need for your use case.

Step 6 — Include tailwind in code

The worst thing that could happen while not working tailwind css code, is this. You forgot to include the generated css file in the entry file to your project. So go ahead and add this line to your index.js or App.js wherever you feel its right and works for you.

Also you might want to .gitignore this file as it's a huuuge css file filled with utility classes and you might not want to clutter up your project on GitHub.

Lets see if it works

Try adding some classes you know from tailwind, like font colors or margins and see if it works.

I tweaked the App.js file and added text-yellow-400 and text-green-600 classes to the text elements and this is what I got. 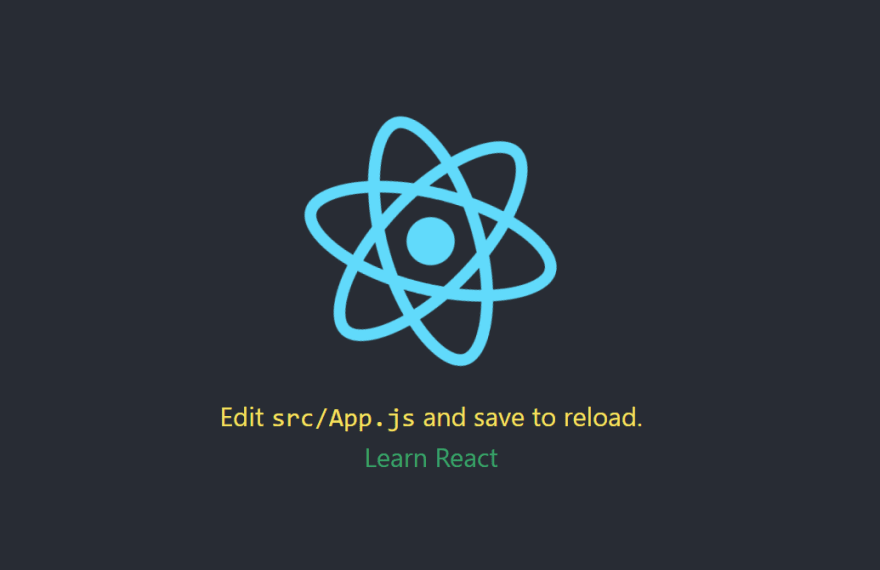 While research for this blog, I encountered a package called cssnano which has over 6m downloads on npm, you can check it's website which shows an amazing example.

It's another postcss plugin that removes all the weird comments we write in our css files like this and whitespaces and minifies it for further compressed bundle size. Check that out.

Share your setups below or any insights on what I'm doing right or wrong. I'm always a ping away, on Twitter @heytulsiprasad.