After several unsuccessful attempts, I was finally able to virtualize a macOS to run tests on an iOS app I was working on.

But before proceeding, it is necessary to know that this is not a stable solution and has several performance issues, however, for my purpose I managed to do what I wanted.

We'll use QEMU to emulate a mac and inside it we'll use xCode to emulate an iOS. That process not will be lightweight.

The repository on github of Docker OSX has an explanation of how to use an iPhone via usb instead of emulating, but I don't have iPhone. xD

What is Docker OSX

The Docker OSX is a docker image that uses QEMU so that we can emulate an operating system.

Read more: What is Docker?

My computer's specs are considered OK to do this, however, I still managed to notice some lags while using Docker OSX + xCode + Visual Studio Code + Dev Server. (I was even able to heat my room with that much stuff)

First, is necessary have docker installed on your computer. I use Manajaro, so I just opened the terminal and type: 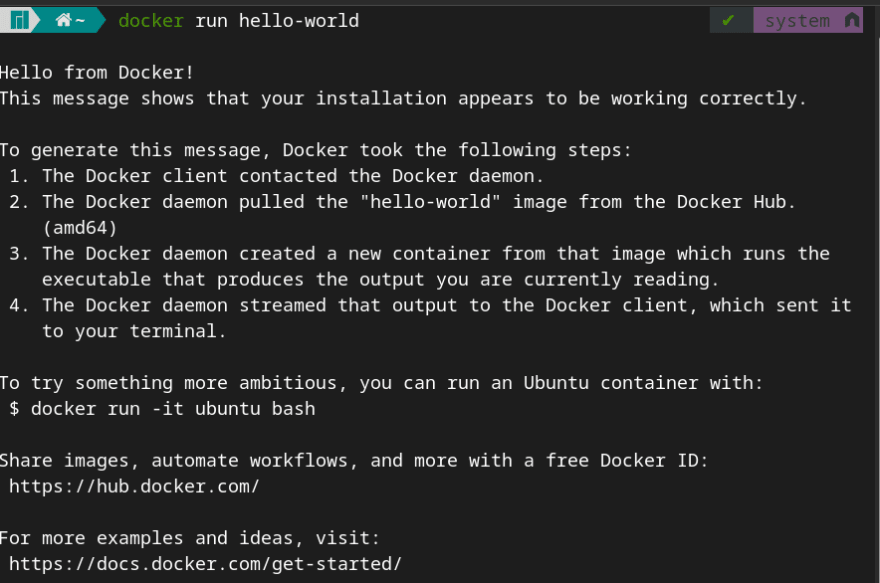 Alright, now we'll download the docker osx and run using the command below:

Then, the docker osx will downloaded and initialized.

When the emulator opens, select option macOS Base System 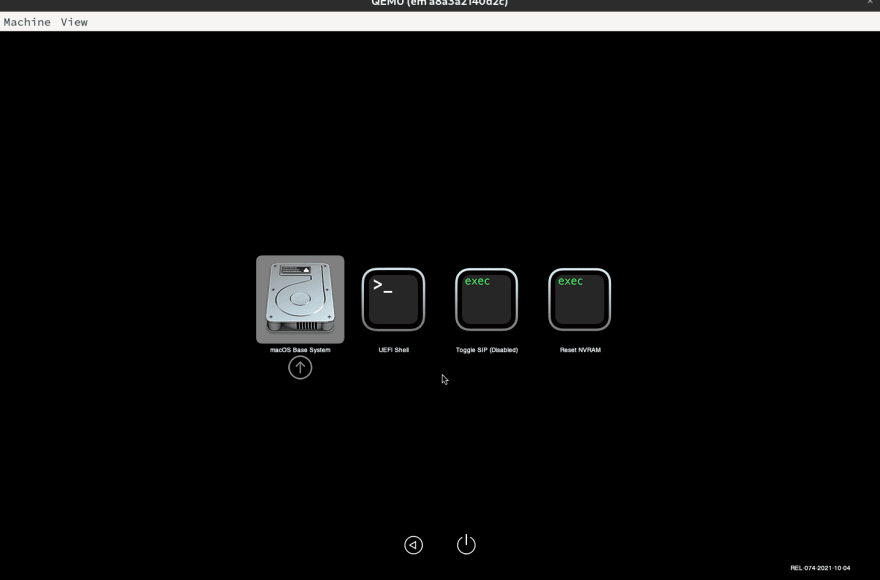 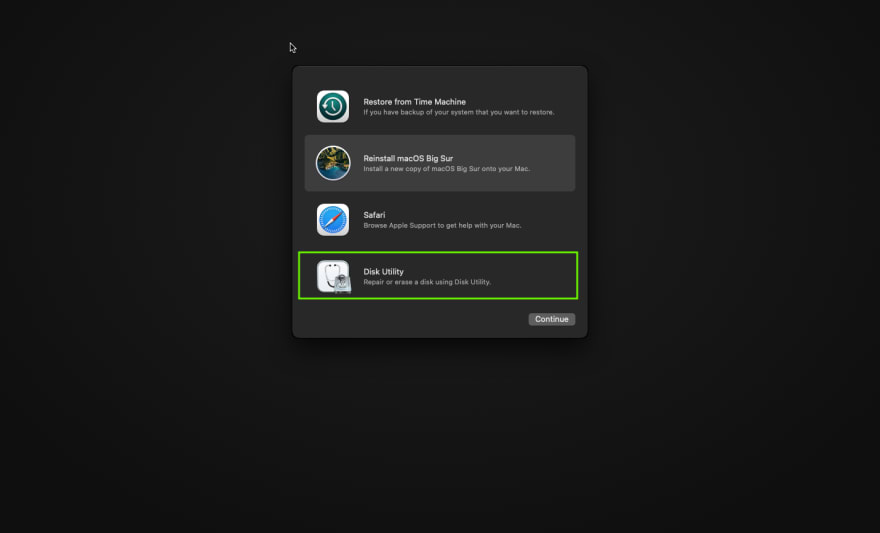 Now, we'll search the partition that be with most storage space and select the option Erase. 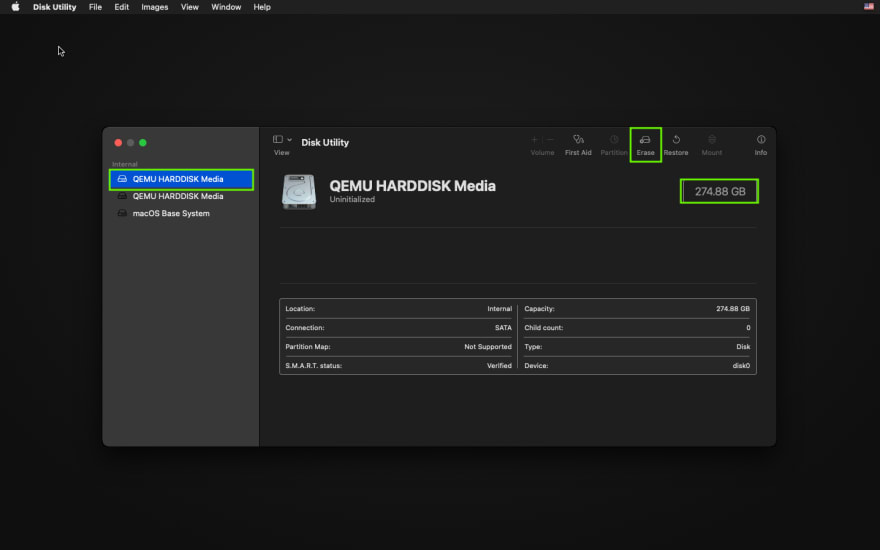 To format, the chosen options must be strictly equal to this: 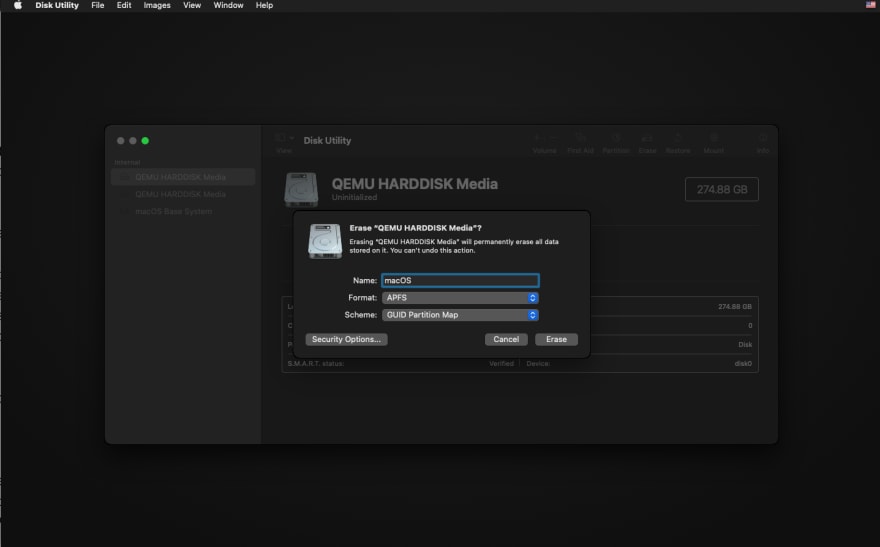 Click on Erase, wait process finish and then you can close the Disk Utility window.

Next, select the option Reinstall macOS Big Sur, accept the terms and select the partition we just created macOS and start installation. (This process can take 30 min ~ 1 hour). 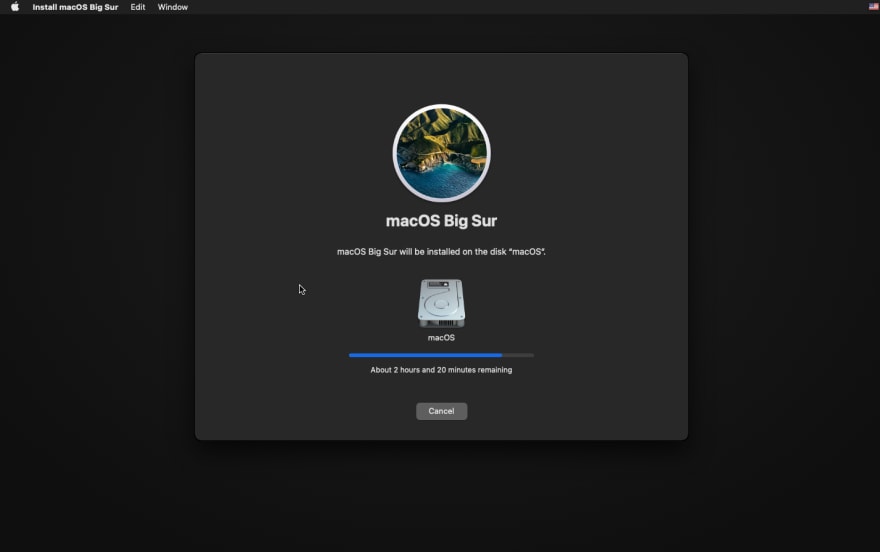 So, the system must restart (or not), in my case, I had to do it manually because it didn't restart. In that case, close the QEMU window. 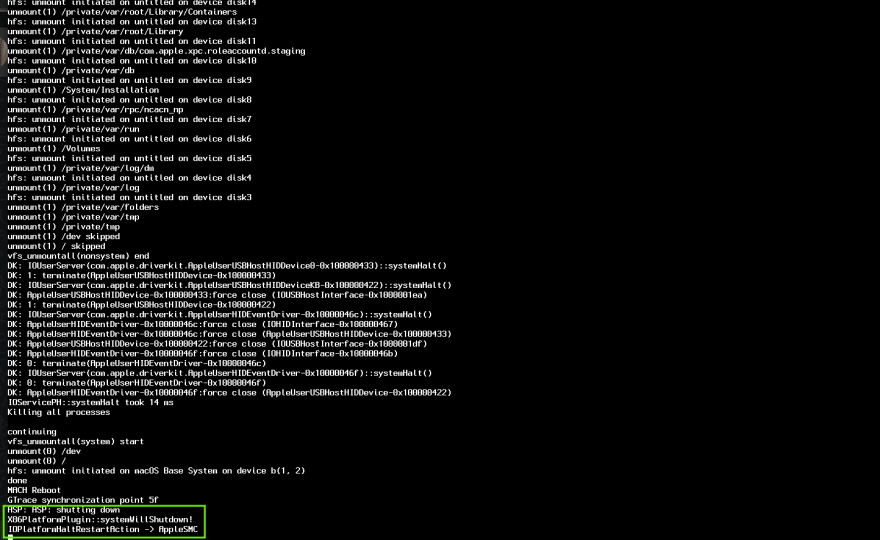 To know what is ID of our container and next we'll start typing the command below:

Select macOS Installer and the installation will continue. 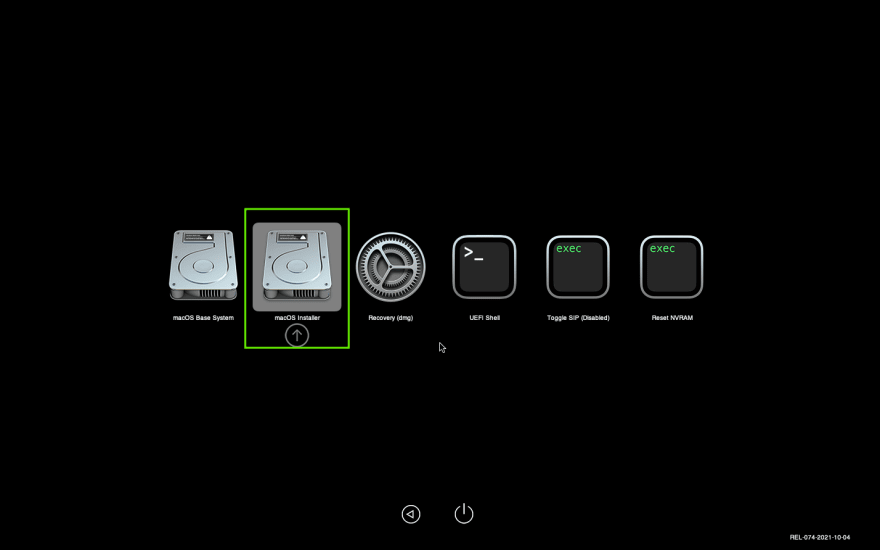 Then, the system will restart automatically (or not), so close again the QUEMU and start again the container. 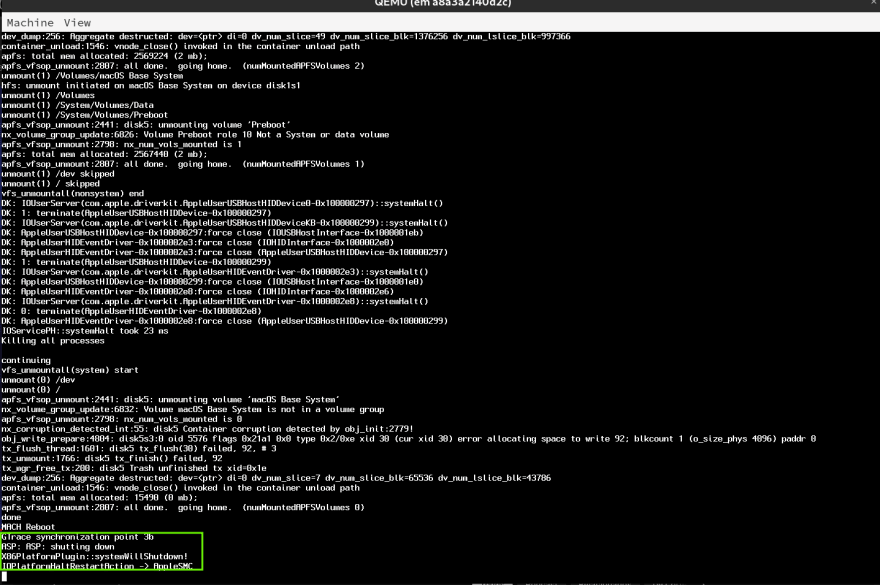 When the system boot, select option macOS Installer and wait the process finish. At end, the system will restart. (Now it's true). 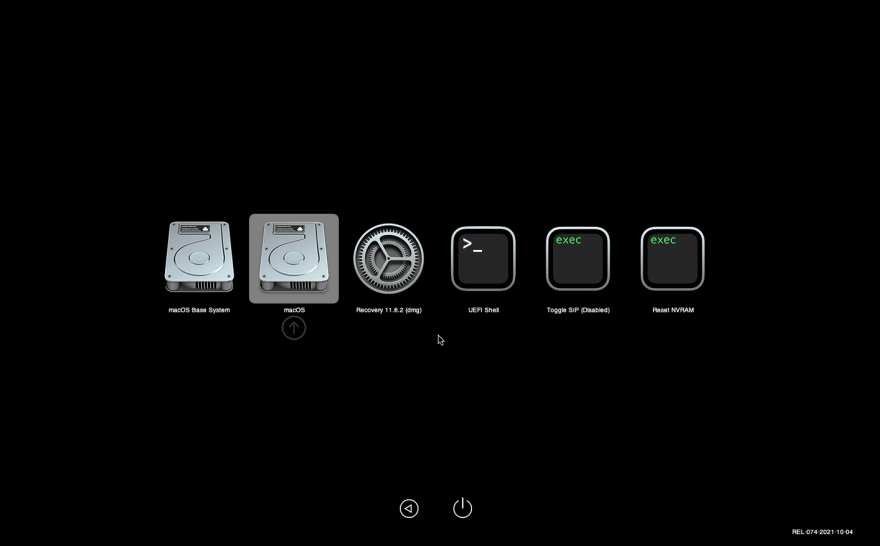 Once that's done, it will restart again and you select the same macOS option.

Well done, welcome screen appeared. This configuration part is quite slow, but after this process finished, the system will work very well. 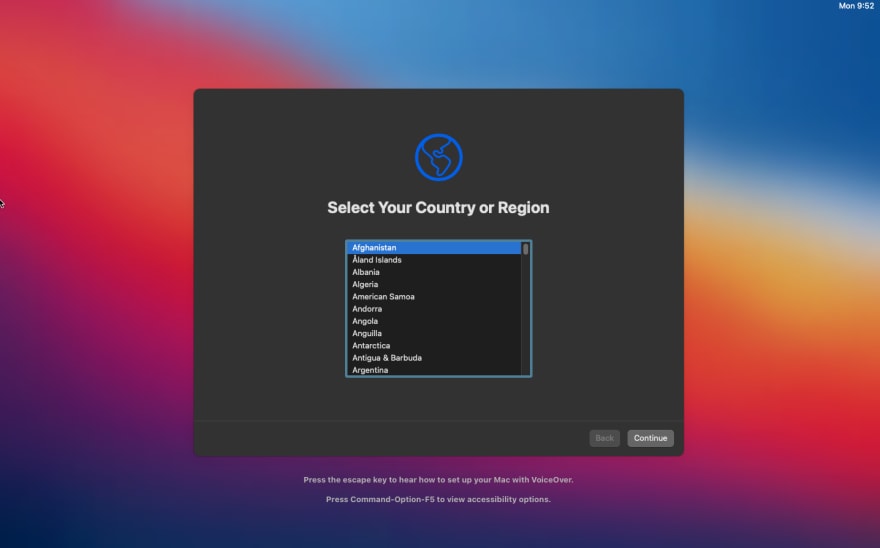 Configure the system , but don't login your AppleID at this moment.

When that process done, our desktop will appears and we'll wait until the dock appear because after this, the system will be most stable. 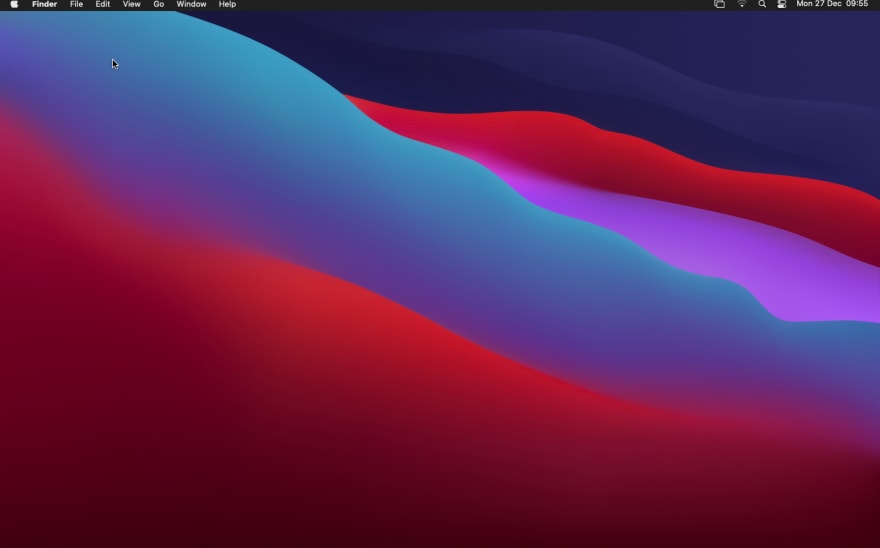 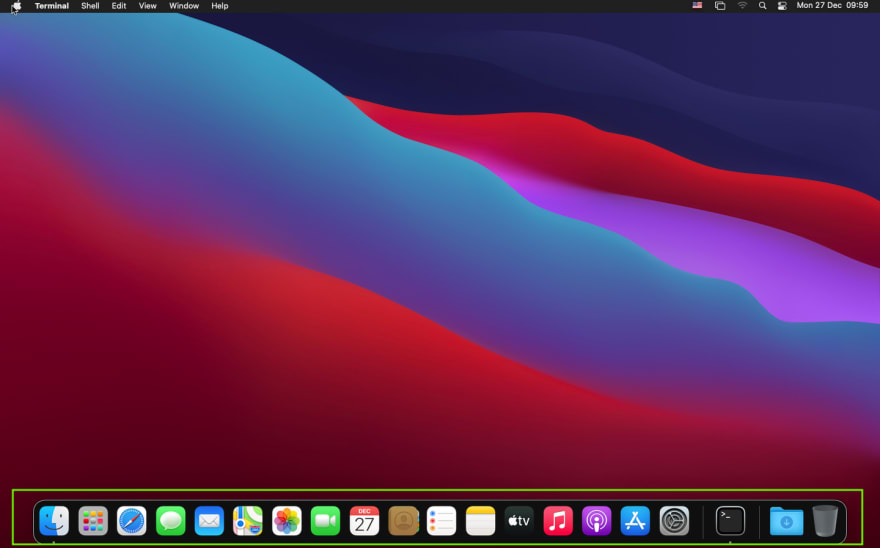 Now, we'll use the brew for install the packages more fast.

Open terminal in macOS and install brew with the command below:
/bin/bash -c "$(curl -fsSL https://raw.githubusercontent.com/Homebrew/install/HEAD/install.sh)" 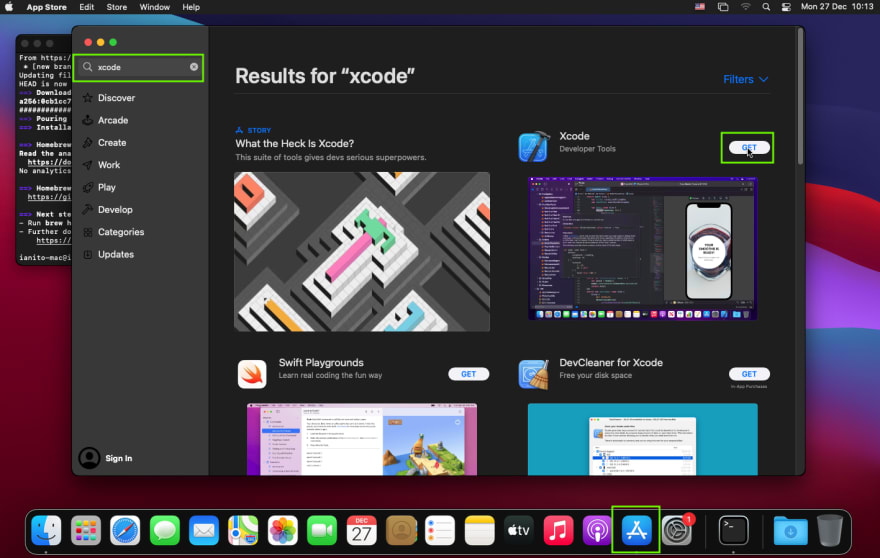 So now, we can login on AppleID. 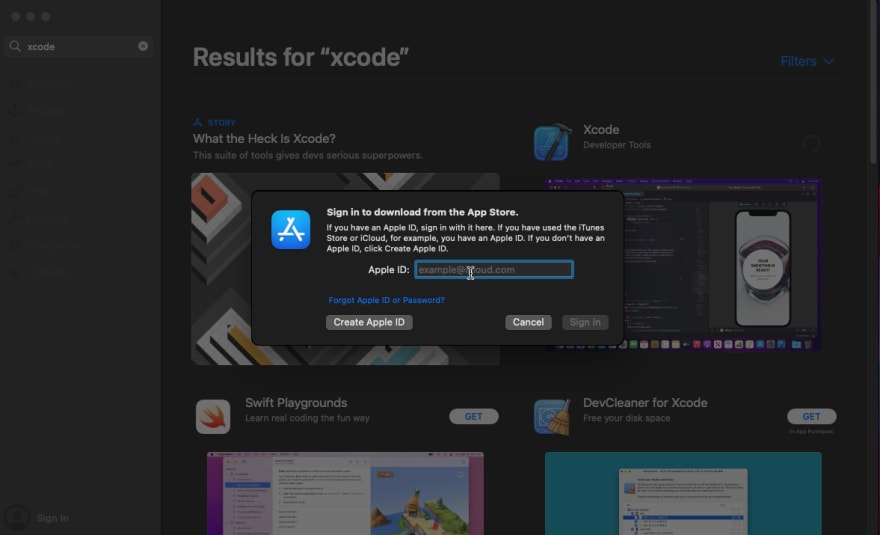 After that, wait for the installation.

Then, open xcode and accept the terms and wait install the dependencies.

So now, go at Preferences -> Locations -> Command-Line Tools it will be blank, select the option with the xCode version.

When the installation done, we'll open the terminal again and install cocoapods with command below. It serve as packager manager of xCode.

Done that, our macOS will be installed and configured to run the projects.

Running a app with React Native

Okay, let's start with a hello world of React Native to check if everything we've done before will work.

Open the terminal and type:

If ask you to install cocoapods again, select the option with brew.

Back to root directory:
cd .. 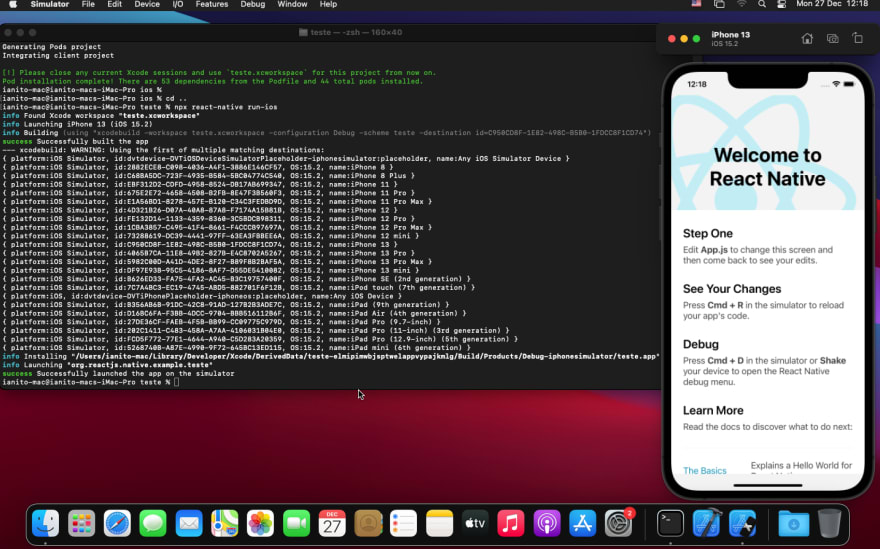 To a better experience, see section: Creating a connection of folders over SSH

Running a app with Cordova

Okay, let's start with a hello world of Quasar to check if everything we've done before will work.

Verify if everything is okay:
cordova requirements

Back to root directory:
cd .. 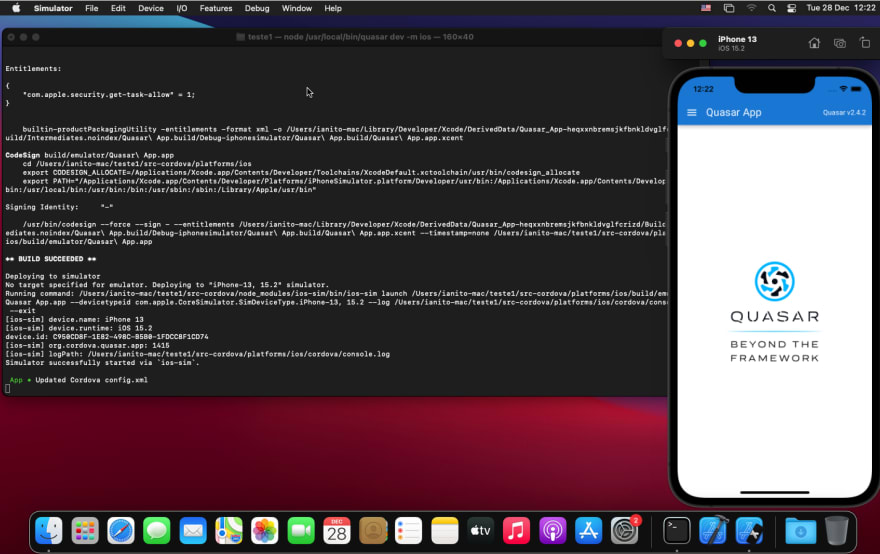 To a better experience, see section: Creating a connection of folders over SSH

Creating a connection of folders over SSH

Now our app is already running on macOS, we have a problem: Opening our code editor or IDE inside macOS is a very bad experience because of slowdowns, crashes, keyboard mapping and so on. So I researched a solution to create a file connection using SSH.

Also, I can open the development server inside macOS and create a connection where I can change files directly from my linux or macOS so that it updates on both sides, like a two-way. This guarantees us to take advantage of some things that exist in development mode, like fast refresh.

Connection from linux to mac

First, we need to allow connection via ssh via mac login. To do this, we will open the terminal and type:

Search for PasswordAuthentication and put yes and remove # at beginning line. 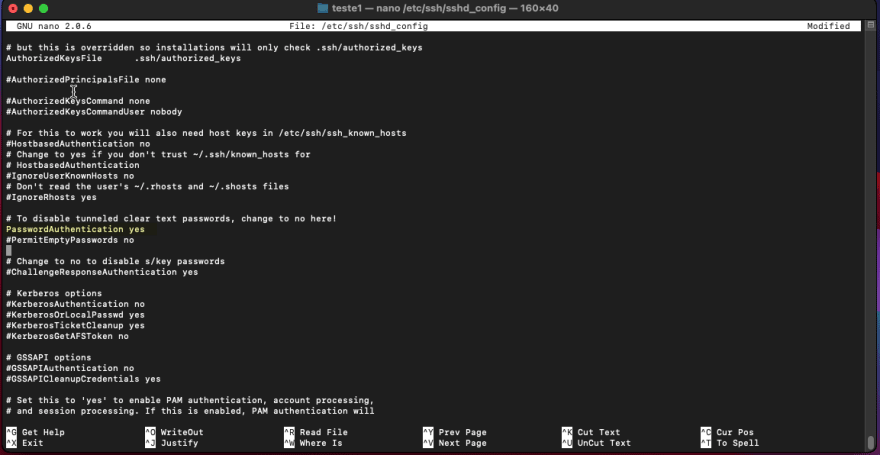 Go to System Preferences -> Sharing -> Remote Login and active for all users: 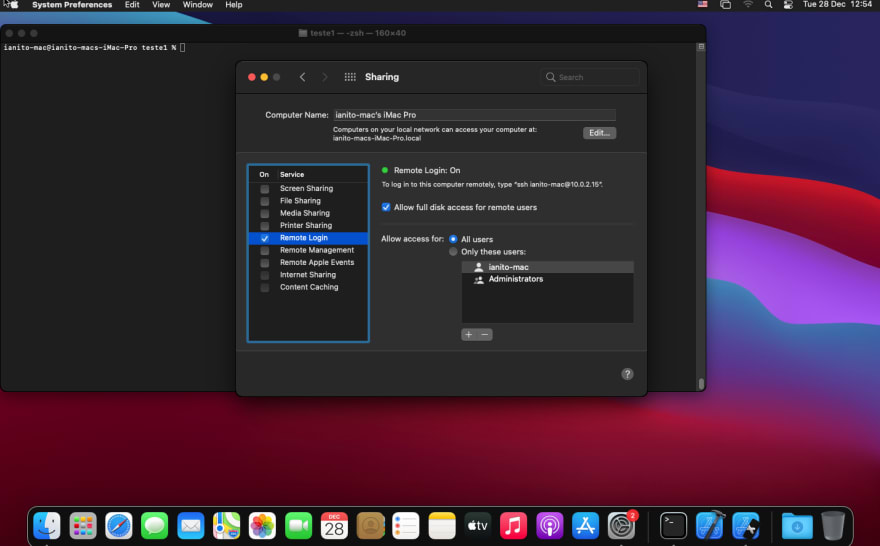 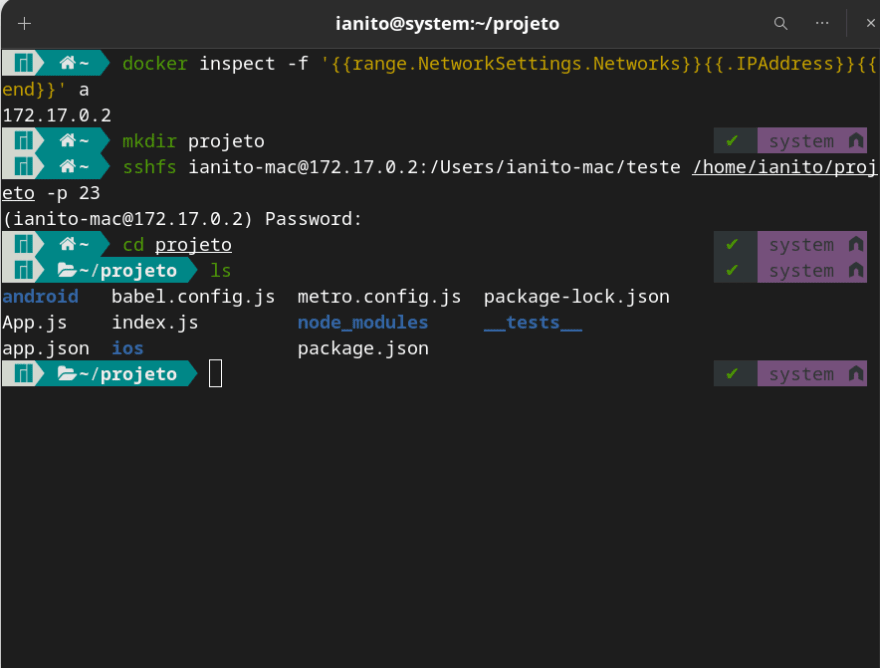 Alright, now we can open the VSCode on linux and update the files updating directly on mac.

If you have another computer, you can do this connection and let your computer with emulator just emulating.

Connection from Mac to Linux

Same process previously, but the sshfs package on mac can be installed using the command below:

Search for PasswordAuthentication and put yes and remove # at beginning line.

On Mac, we'll create a folder to open connection.

When we type the command, an error will occur. 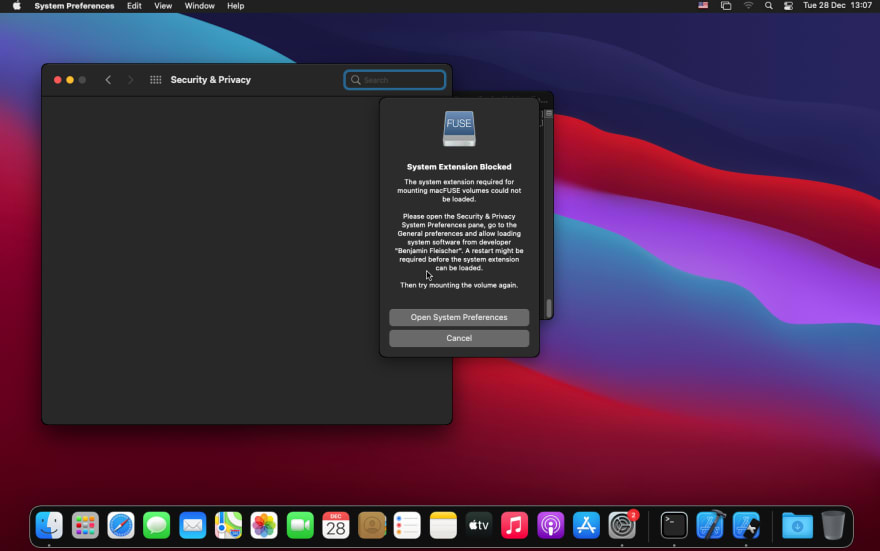 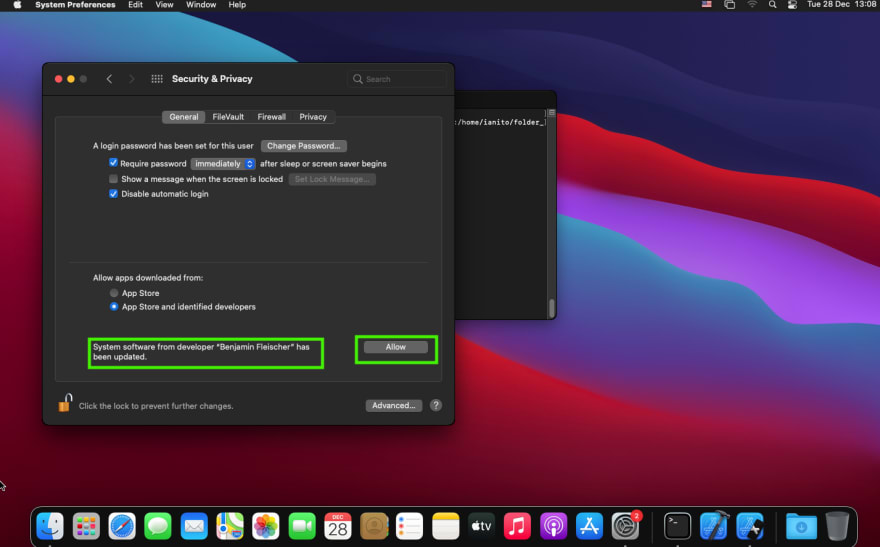 Now, we can open the connection: (My SSH is opened in a different port, but the default is 22) 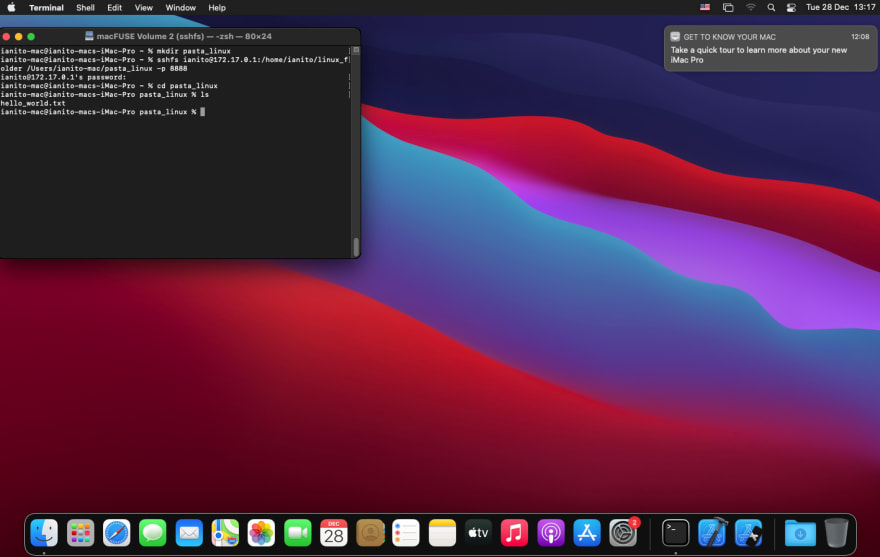 Once that's done, we can update from either side which will also reflect on both.

Thank you very much for reading this tutorial, by the way it's the first one I've published in years. Any questions or suggestions(mostly my english) are always welcome.

How to use Let's Encrypt certificates with Keycloak

Once suspended, ianito will not be able to comment or publish posts until their suspension is removed.

Once unsuspended, ianito will be able to comment and publish posts again.

Once unpublished, all posts by ianito will become hidden and only accessible to themselves.

If ianito is not suspended, they can still re-publish their posts from their dashboard.

Once unpublished, this post will become invisible to the public and only accessible to Iaan Mesquita.

Thanks for keeping DEV Community 👩‍💻👨‍💻 safe. Here is what you can do to flag ianito:

Unflagging ianito will restore default visibility to their posts.