In just 3 simple steps, you can use Kool CLI's kool create command to start a new Laravel application running in a local Docker environment. Kool is an open source dev tool that makes using Docker for local development a lot easier.

Before you start, if you haven't done so already, you need to install Docker and Kool CLI.

This command may take a minute or two to complete while Composer downloads Laravel's vendor dependencies. After installing Laravel, kool create automatically runs the kool preset laravel command, which helps you set up your project's development environment using an interactive wizard.

After selecting your preferences, the latest version of Laravel will be installed and ready for you in your my-project folder, along with your new kool environment.

Move into your new Laravel project:

The kool preset command auto-generated the following configuration files and added them to your project, which you can modify and extend.

Next, we need to make a few tweaks to the default .env.example file that ships with Laravel in order to match the services in your docker-compose.yml file. For example, we need to change the hosts from localhost to the appropriate service container name, which are accessible from within Docker.

Now, spin up your local environment for the first time using the setup script in your kool.yml file:

Note: if you're running this command for the first time, Docker may need to download all the container images that are being used, which can take a few minutes, depending on your internet connection.

After kool run setup has finished, you can access your new Laravel app at http://localhost. 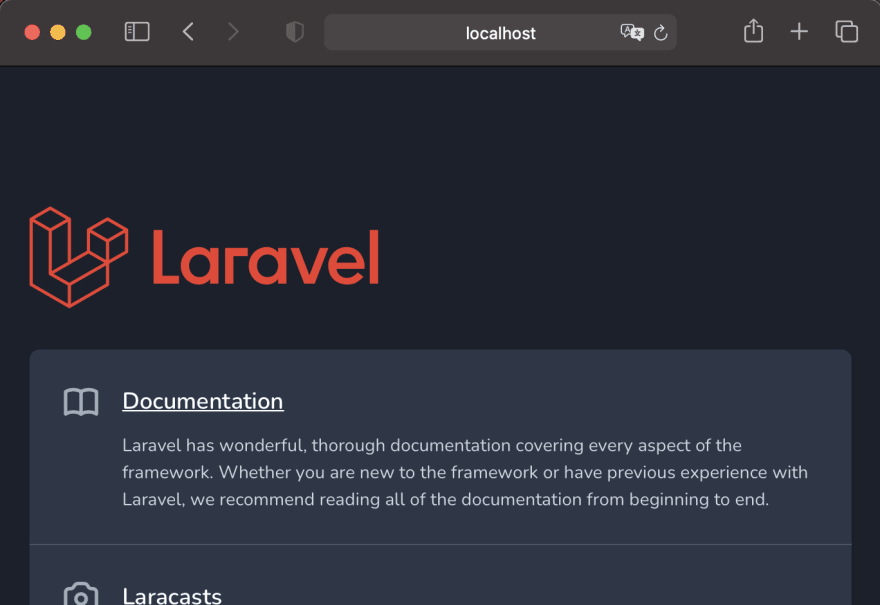 Kool is a CLI tool that brings the complexities of modern software development environments down to earth - making these environments lightweight, fast and reproducible. It reduces the complexity and learning curve of Docker and Docker Compose for local environments, and offers a simplified interface for using Kubernetes to deploy staging and production environments to the cloud.

Kool gets your local development environment up and running easily and quickly, so you have more time to build a great application. When the time is right, you can then use Kool Cloud to deploy and share your work with the world!

Kool is suitable for solo developers and teams of all sizes. It provides a hassle-free way to handle the Docker basics and immediately start using containers for development, while simultaneously guaranteeing no loss of control over more specialized Docker environments.

Why is Docker so popular compared to other containerization tools?

Once suspended, kooldev will not be able to comment or publish posts until their suspension is removed.

Once unsuspended, kooldev will be able to comment and publish posts again.

Once unpublished, all posts by kooldev will become hidden and only accessible to themselves.

If kooldev is not suspended, they can still re-publish their posts from their dashboard.

Once unpublished, this post will become invisible to the public and only accessible to Daniel Polito.

Thanks for keeping DEV Community safe. Here is what you can do to flag kooldev:

Unflagging kooldev will restore default visibility to their posts.