Mobile app testing framework helps automate the testing of your native apps. It reduces test execution time and identifies bugs before the app goes live. Once a mobile application is developed, it is moved ahead to the testing phase, where it is decided whether the application is fit to be delivered to the people or needs more work. 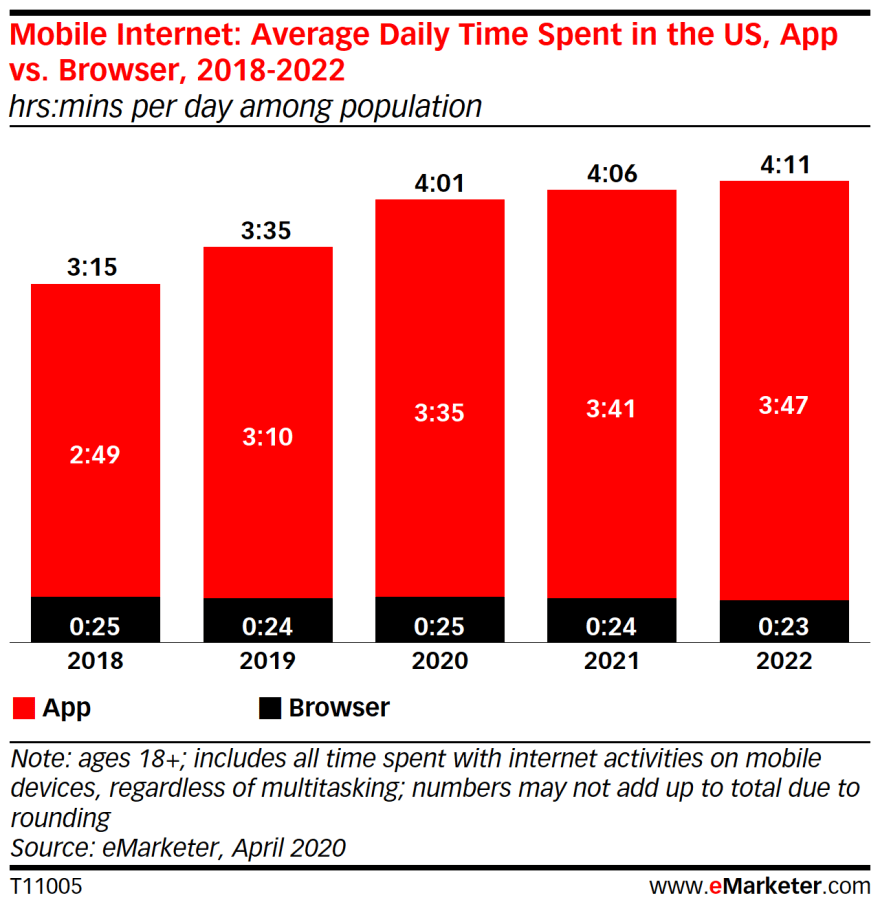 In 2021, about 88% of mobile time is spent on mobile apps. Mobile applications have become a necessity to perform day-to-day work. The Play Store and App Store are filled with different apps that help you solve the same use case. The competition is extremely high. Therefore, it falls on the app testers and creators to ensure that they are ahead of their competitors. Mobile app testing frameworks help you deploy faster and assess the quality of the application.

We have divided this post into three sections and arranged all the mobile app testing frameworks accordingly.

The following section highlights the most popular mobile app testing frameworks available only for Android applications.

In this blog, we will discuss some of the best Android test automation frameworks, such as Espresso, Selendroid, Robotium, and MonkeyRunner.

Espresso is a Google-made Android testing framework and has been a popular choice due to its high performance. Espresso believes in creating very simple and straightforward tests without worrying about the application’s infrastructure. Furthermore, it is open-source, which gives the developers the power to customize the framework. According to research by the University of Oulu, it is extremely fast and has the least test execution time and fallibility. 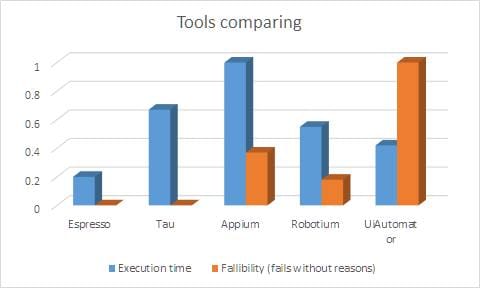 “Test automation for native or hybrid Android apps and the mobile web with Selendroid.” — Selendroid

Robotium is a powerful, lightweight, and fast Android test automation framework focusing on various things. Robotium gives a lot of freedom to the app tester and provides a single solution to many of their needs. Currently, Robotium is at its 5.6.3. As the developers say, this is the best version of Robotium to date with increased performance. In addition, the framework brings out the following features.

“The MonkeyRunner tool is not related to the UI/Application Exerciser Monkey, also known as the monkey tool.” — Google.

The MonkeyRunner mobile app testing framework is an Android test automation framework designed to control the Android applications outside the Android code. MonkeyRunner uses the Jython language, which implements the Python programming language using Java language. These popular languages make it extremely easy for the app testers to develop the tests. The tool is designed to test the Android based applications at the functional or framework level or for running the unit tests. Although, the developers of the framework define the tool to be used in any way the app testers or the developers want.

Looking to perform Android and iOS app testing on Real Device Cloud, check out our video below –

Did you know that you can now test your Fluent UI based websites across 3000+ different desktop and mobile browsers with Fluent UI Testing Cloud, A scalable and reliable online testing cloud for both manual and automation testing of Fluent UI websites.

XCTest is considered the primary and most popular iOS automation testing framework when you have to test an iOS mobile application. The iOS testing framework uses instance methods and creates a friendly environment for the iOS app developers. XCTest uses Objective-C and Swift programming languages for testing and is compatible with XCode 5.0+.

Earlgrey is an open-source iOS testing framework developed by Google and currently running on its second major version. The idea behind developing Earlgrey was to test their native iOS application, including YouTube, Gmail, etc. Therefore, Earlgrey 1.0 was a white-box mobile app testing framework, while Earlgrey 2 can perform both white and black-box testing. This gives a significant advantage, as described in the features section.

OCMock has a rich feature set for many different use cases. — OCMock

Another open-source mobile app testing framework designed for iOS applications is the OCMock. As the name suggests, OCMock focuses on the testing done through mock objects. OC here refers to the Objective-C language. OCMock provides three types of mocks — partial, dynamic, and stubs. The details of using each of them can be found on the official page of OCMock.

“The magic of KIF is that it allows you to drive your UI from your unit tests and reap all the advantages of testing in-process.” — KIF.

KIF is an iOS test automation framework used for testing iOS mobile applications. The framework builds the tests using the XCTest targets, and therefore it becomes easier for people already familiar with XCTest to create instant tests. Since KIF is used for UI testing, app testers and developers often add it to the user interface testing target. However, the official documentation advises developers and app testers not to do that as KIF works from the unit test target and should be added to it only.

“We believe the only way to tackle flakiness head-on is by moving from black-box testing to gray box testing. That’s where Detox comes into play.” — Detox.

Detox is an iOS test automation framework for end-to-end testing. They focus on eliminating flakiness, a major issue in mobile app testing frameworks.

Frameworks for iOS And Android

Calabash is an open-source mobile app testing framework available for free to test your mobile application running on either Android or iOS. Calabash uses Ruby language to execute the tests, although you can easily do so using Cucumber without any coding knowledge if you are building custom steps. Custom steps, however, require the extension of the Ruby APIs that are available on its documentation.

“Appium is built on the idea that testing native apps shouldn’t require including an SDK or recompiling your app.” — Appium

If you are in the testing field, there is a high chance you have already heard of Appium. Appium has been in test automation for the last 8.5 years, and its popularity has only increased since.

This mobile app testing framework is highly versatile and officially states that it aims to automate any mobile app in any language in any framework. Therefore, it is one of the most recommended frameworks by app testers. 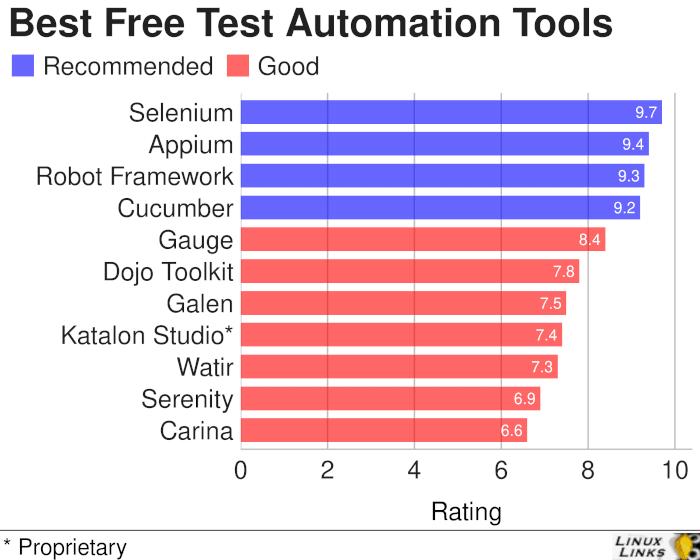 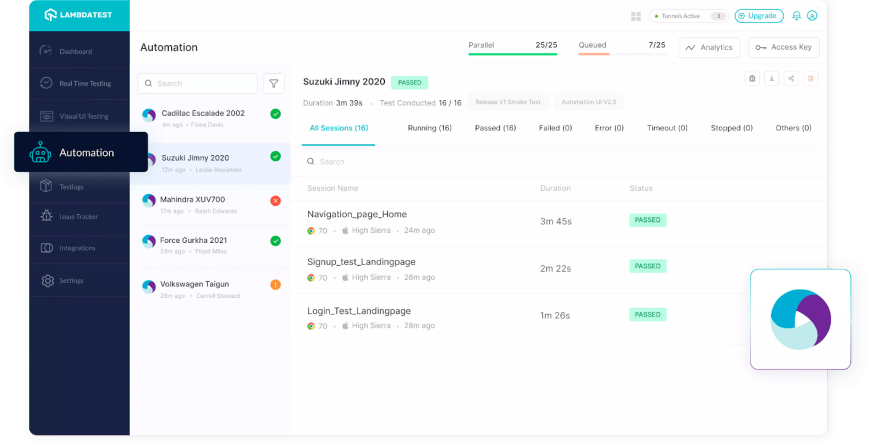 LambdaTest is a cloud based mobile app testing platform. LambdaTest offers a reliable, scalable, secure Appium test execution cloud that helps app testers accelerate their release cycles. You can test using emulators, simulators, and real device cloud. In addition, you can access any device you need directly from your desktop browser. Up your game with free Android automation testing via Appium.

“A Boatload of Capabilities with Surprisingly Few Obstacles” — LambdaTest user

Hey! You can test your Flutter CSS framework based websites across 3000+ different desktop and mobile browsers with Online Flutter Testing Cloud, a scalable and reliable online testing cloud for both manual and automation testing of Flutter websites.

I hope this post helps you decide your mobile app testing framework if you are new in testing or helps you recalibrate your existing choices. Till then, happy mobile testing!

How to Make Money Through Free Mobile Apps?