Deep learning is the driving force behind self-driving cars. Once reserved for only research, is now being deployed onto streets everywhere.

Self-driving cars were once thought to be a distant dream for the future. Take a look at any street in San Francisco, and you’ll see the future is already here. Whether it be Tesla’s autopilot feature or Waymo’s driverless taxis, atmosphere vehicles appear to be the cutting edge of innovation.

The first self-driving car was created in 1989 at Carnegie Mellon University. The project,ALVINN (Autonomous Land Vehicle In a Neural Network), was led by PhD student, Dean Pomerleau, and used neural networks to drive by detecting lines on the road, segmenting its environment, and navigating itself through streets. ALVINN reached top speeds of 3.5mph in the late 1980s but surged to 70mph in the early 90s. Despite its early success, using neural networks in autonomous vehicles took an impossible large amount of data; so much so that enough data would never be collected to ensure safe deployment.

The predominant algorithm used in self-driving cars today is deep learning, a subset of A.I. and M.L. Deep learning allows us to autonomously shift through large amounts of data to pick out patterns. Vision and decision-making are the most important skills to learn when operating a vehicle. Deep learning replicates vision by taking in millions of images and classifying and learning their different properties. These algorithms are then able to recognize new input values based on unique classifying features of the image. In autonomous cars, cameras are placed around the vehicle, which are constantly processing thousands of input images a second. These camera sensors first detect where that object is on the road, then use deep learning to discover what that object is. Other sensors are used to measure distance and velocity of objects around the car. Results from each sensor are then combined to develop an understanding of a vehicle’s environment. 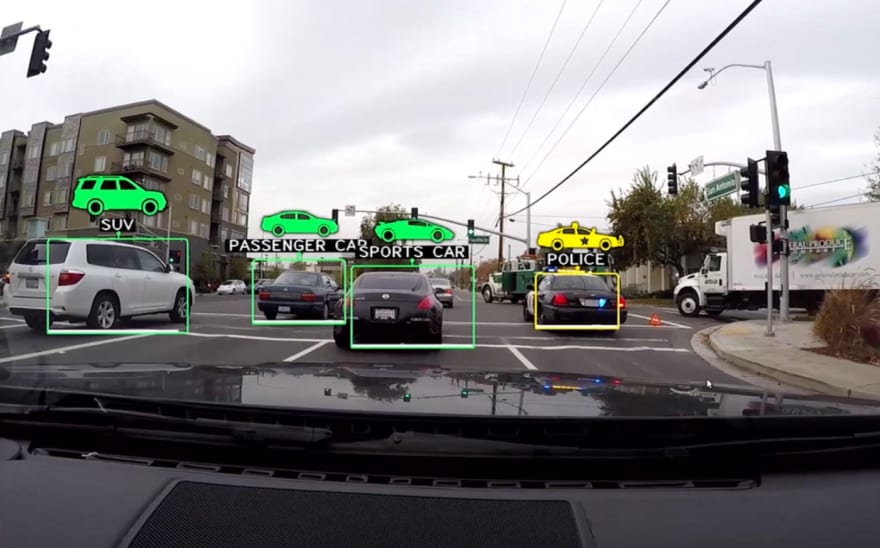 Tesla has built its business on technological integration, some even calling Tesla vehicles computers on wheels. Tesla uses deep learning to power their autonomous driving and is assisted by 8 cameras surrounding the car. To process the large amount of data necessary for autonomous driving, Tesla equips their cars with 2 computers which work independently of each other. When functioning properly, these cameras process data independently and then check each other before making a decision. The extra computer also ensures that the vehicle will still operate if one malfunctions.
As discussed above, deep learning thrives on millions of pieces of input data. Tesla has been able to achieve such an abundance of data by crowdsourcing data from its drivers. While drivers have the option to opt out of giving data back to Tesla, the more data the company has ensures for a safer autonomous driving experience. In 2020, Tesla’s head of AI reported that the company had logged over 3 billion miles on autopilot. 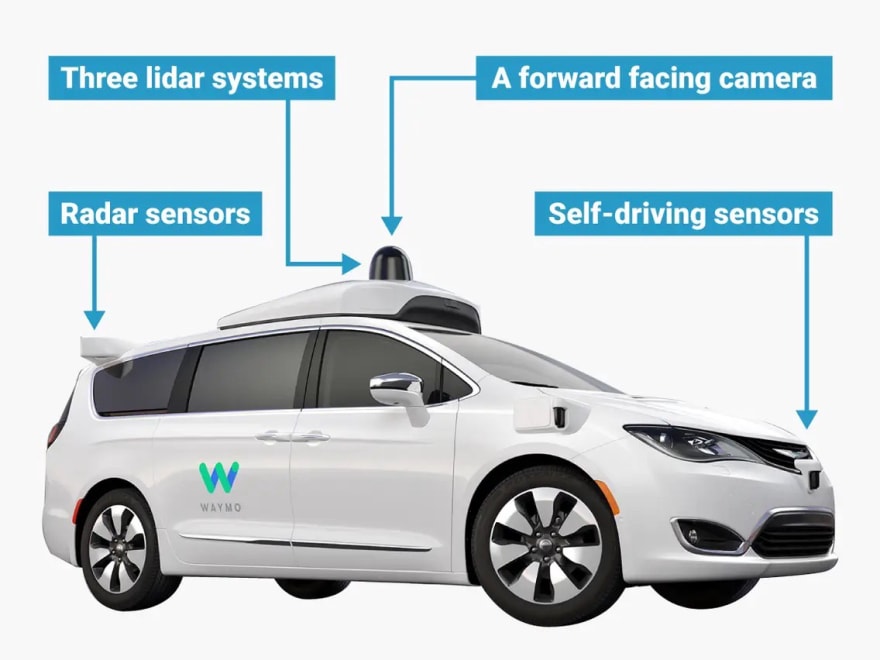 Formerly Google’s self-driving car project, Waymo is a self-driving taxi service currently being deployed in a few cities around the US. Waymo’s cars use 18 cameras which the company calls its drivers to navigate the car through the streets. Like Tesla, Waymo also uses deep learning to scan images of its surroundings. Its cameras have a 360 degree view of what is happening around the car with a distance of 3 football fields away. Waymo started its driver testing in Phoenix, Arizona and has since expanded its trail to San Francisco.

Hesitancy to adopt autonomous vehicles is one of the biggest roadblocks to widespread adoption. In a 2020 poll conducted by AAA, 71% of people reported feeling afraid to ride in a fully self-driving car. Car accidents involving self-driving cars over the past few years have only propelled these fears. Many people’s lack of understanding of the mechanisms behind self-driving cars is also causing fears. VP of Automotive Services at AAA said “This new survey reveals that the public’s trepidation would be eased by knowing how the technology works, and knowing that they can take control of the vehicle back at any time.” While tech companies are pouring billions in autonomous driving, consumer confidence will be just as important as the technology in autonomous cars going mainstream.

The past few years have shown a rapid increase in the innovation of autonomous driving. Data collection is no longer an issue in deploying more autonomous vehicles, as current technology is racking up billions of miles in autopilot. As Tesla sees more competition in the autonomous car market and Waymo competes with Uber and Lyft for the first widely deployed driverless Taxis, we are guaranteed to experience an increase in the capabilities of self-driving vehicles.