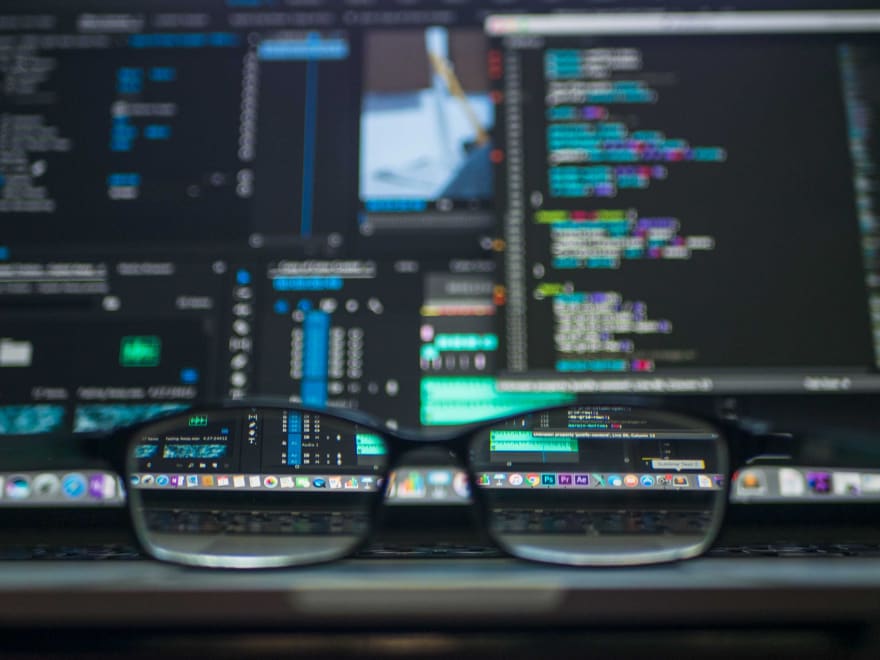 When building a single-page application, managing state is important, but doing so in an efficient and DRY way can be difficult. My company's app, Graphite, is built in React, so early on, my first inclination was to use Redux. Redux is not specific to React, but it is heavily used in React application. In fact, it is generally considered the de-facto global state management tool. But when I first started building Graphite, I had no idea what I was doing. So, Redux was a complete mystery. It was a nightmare to understand, and it led to bugs I couldn't diagnose.

Fortunately, I got better at programming. Yet, even with knowledge and experience in tow, I still chose not to implement Redux when deciding on a more elegant solution than what I had (passing props through Higher-Order Components). First, let me tell you about ReactN, the solution I ultimately went with, and then I'll walk you through why I think it is better than Redux for many applications.

ReactN, simply, is React as if React handled global state natively. Of course, with Hooks, React sort of does handle state natively now, but ReactN even supports Hooks and can extend them. Rather than complex reducers and action creators that ultimately lead toward updating state in a store, ReactN lets you, the developer, decide when and how you update your application's global state. Here's a simple example before I dive into the more complex comparison of ReactN and Redux. From within your index.js file in your react app, you would simply initialize your state like this:

Then, from literally any component or helper file, you can update state. Here's what it would look like from a helper file (as opposed to a React Component):

Note that when fetching the current state outside of a Component, you'll use getGlobal(). When updating state withing a Class Component, you will already have access to the current value and can update it like this:

You'll see an example late of how to access state in a Function Component.

See how simple that is? It feels just like updating state from within a Component, but it's accessible anywhere in your app. You can access it independently in helper function. You can access your state in other Components. It works the way global state management should work.
Of course, you Redux buffs out there are probably looking at this saying "Redux does all that and more." And you'd be right. Redux absolutely does this. It does a whole lot more, too. And for most application that more is completely unnecessary. In fact, it likely leads toward harder to manage and harder to debug code.

The above examples are really simple, but you can see ReactN in action by crawling through the Graphite repository here. Or, of course, you could read the docs.

But I don't think I've convinced you yet with my simple examples. So, now, we'll build Redux's todo app tutorial in React and build the same todo app using ReactN. For simplicity, I won't go through every file, but I will link to the full repositories for both apps, and I will embed both apps in this blog post so that you can compare.

Just looking at that src folder, I can already see two folders that will not show up in the ReactN version of this app: actions and reducers.

To keep things fair, I will build the ReactN todo app with the same component/container folder structure used by the Redux folks.
Let's start by comparing the index.js file for each version of the app. This file is housed in the src folder. First, here's the ReactN app:

We can already see some confusing differences and we haven't even dove into the actual app yet. The Redux version has the App.js Component wrapped in <Provider> tags. There's also a reference to a store, and if you look at the import statements, there's a rootReducer file being imported and passed to the store variable. Uh, what?

Sure, this all makes sense once you know Redux, but just ask yourself: Would you rather start with the ReactN index.js file or the Redux one if you're basing your decision on complexity alone?

Since I'm not going to go through each file and compare, let's just look at two more files. The AddTodo.js Component and the file(s) that actually manages todo actions. First, here's how we add Todos in the Redux app:

Some of this is pretty straightforward. We have a form. We are preventing the default submit action on the form. But then...what? We have a dispatch function that is calling another function? We're also having to add a ref element to our input field?

Ok, now, here's how it looks in the ReactN app:

How much simpler is that? We have a form that on submit calls the addTodo function. So simple.

Ok now what's actually happening when you add a todo, toggle todo completeness, and filter todos? Well, it depends on whether you're using Redux or ReactN. In Redux, those actions happen across four files for a total of 65 lines of code. With the ReactN app, all of those actions happen in a single file for a total of 45 lines of code. Sure 65 lines versus 45 lines isn't a huge difference, but this is a tiny app. The disparity grows as your app grows more complex.

Let's take a quick look at the two main files in the Redux app that handle adding a todo and filtering. First, here is the actions/index.js file:

We're doing a lot in this file. But then we're sending all that work to another file for processing (the reducers folder handles this). Here's the reducers/todos.js file:

This is where all of Redux's complexity comes in. There is so much going on here, you are surely going to need to reach for Redux's documentation unless you have A LOT of experience using Redux. That complexity is useful in some case, but not for most apps. Here's the file in the ReactN app that handles all of the todo actions, filtering, and state updates:

It might just be me, but that file is immensely more readable than all of the Redux app files combined. We could even DRY that code up a tiny bit more and shave off some lines, but I didn't feel like it was necessary for this demonstration.

So, what does this all mean? Should we stop using Redux altogether? Definitely not. Redux has its place. The problem is many new and seasoned JavaScript developers immediately reach for Redux without considering alternatives. Let's look at the order of consideration I'd recommend for global state management:

Stumbling across Charles Stover's ReactN package was one of the most freeing things I've experienced as a developer thus far. I desperately did not want to manage the complexities of Redux in my app, and frankly, I didn't need to. But my app had grown large enough to not be able to easily support passing state props through components. If you are in a similar situation, explore ReactN. It's simple and powerful. And it does the logical thing with global state management.

If you'd like to explore the source code for the ReactN todo app, you can do so here.

And here is the code in action:

Justin Hunter
Writer, Developer, Builder. Founder of Graphite and SimpleID.
How To Monitor Events in Your Svelte App
#monitoring #svelte #javascript
How To Use Error Boundaries in React With Error Monitoring
#react #monitoring
How to Debug Electron Apps
#electron #javascript #tutorial #monitoring

Once suspended, polluterofminds will not be able to comment or publish posts until their suspension is removed.

Once unsuspended, polluterofminds will be able to comment and publish posts again.

Once unpublished, all posts by polluterofminds will become hidden and only accessible to themselves.

If polluterofminds is not suspended, they can still re-publish their posts from their dashboard.

Once unpublished, this post will become invisible to the public and only accessible to Justin Hunter.

Thanks for keeping DEV Community 👩‍💻👨‍💻 safe. Here is what you can do to flag polluterofminds:

Unflagging polluterofminds will restore default visibility to their posts.