This is another short article about a "strange issue while working on a project" which took me a while to resolve.
The problem was that the order of events got mixed up in a observable chain, so the first event arrived after the second one (and no there were no http calls or other async operations involved).
As it is hard to explain just in words I created a simplified example application to better show the issue (and help me figure out the root cause). 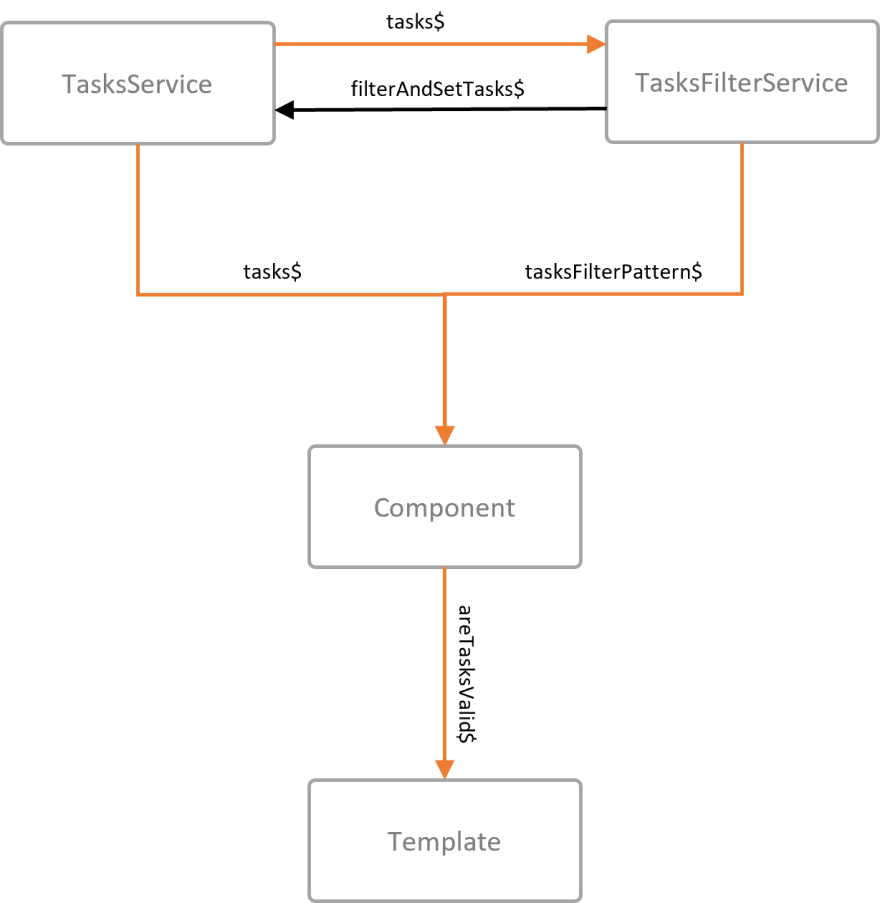 The main components and dependencies are:

The Component sets the tasks filter pattern on init and updates the tasks after two seconds using setTimeout.
As both the Component as well as the TasksFilterService subscribe to task$ my initial guess was that there are two routes the application can take when setTimeout is triggered:

As it turned out none of these routes are taken. What actually is executed:

The actual sequence is pretty close to the second guess. The important difference (marked in bold) is that the tasks received by Component are out of order. As shown in the sequence diagram below, the filtered tasks list comes before the unfiltered one. My assumption was that the order of events is guaranteed, so I expected the Component to receive the task lists in the order these have been set in TasksService (the initial list before the filtered one).

This explained the bug I was facing in my project where one of the Components was rendering outdated/old values.
Basically one cannot assume emissions to be in order in case of multiple subscriptions to the same Observable where one of them is again updating the source stream (tasks$ in the example). Of course, the problem only occurs in case processing and updating the streams happens within the same tick of the event loop.

The sequence diagram below shows what has been described above. 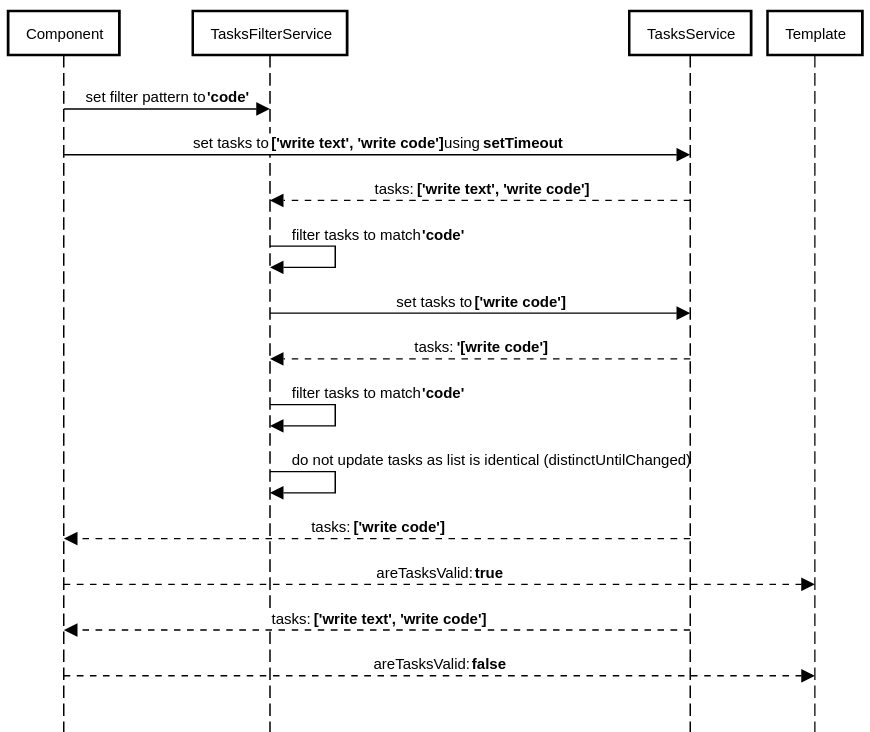 In addition there have been log statements added indicating where and when the task list update is processed (triggered by setTimeout). 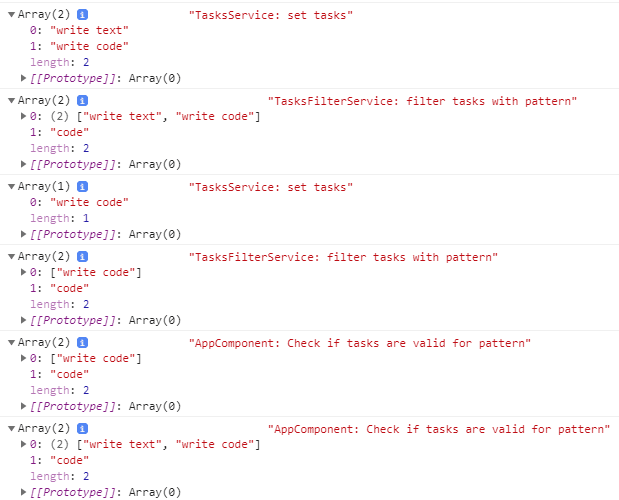 The result rendered in the Template is false because the final list received is the unfiltered one and therefor not valid for the applied task filter pattern.

I could come up with two options to guarantee the order of the task list received by Component:

To me the first solution has the advantage it is easier to understand and straight forward. In contrast the second solution has the benefit of clearly separating the concern of storing tasks and filtering.

In my project I opted for the second solution since there was a lot more going on in the services and migrating everything into one would have lead to a huge class and a (more) severe violation of Separation of Concerns.

Both versions are implemented in the example application and can be tested by commenting in the associated component in app.component.html. app-tasks-scheduled represents the scheduled implementation and app-tasks-single-stream the version directly filtering in TasksService.

Once suspended, remshams will not be able to comment or publish posts until their suspension is removed.

Once unsuspended, remshams will be able to comment and publish posts again.

Once unpublished, all posts by remshams will become hidden and only accessible to themselves.

If remshams is not suspended, they can still re-publish their posts from their dashboard.

Once unpublished, this post will become invisible to the public and only accessible to Mathias Remshardt.

Thanks for keeping DEV Community 👩‍💻👨‍💻 safe. Here is what you can do to flag remshams:

Unflagging remshams will restore default visibility to their posts.