As it turns out, there’s quite a heated debate in the web development world about whether or not HTML and CSS are programming languages. In fact, I stumbled upon this debate over on dev.to where Desi kicked off a discussion on the topic.

Thankfully, that platform rarely breaks out into a flame war, so you can find a lot of gold nuggets in a discussion like that. Of course, I figured I’d chime in:

Now, there are definitely levels to this as some languages can accomplish a lot more than others, but that’s a different discussion.

In terms of experience, I’ve taken a few classes and even written a compiler for a toy language as well as a Lisp interpreter. Now, I just maintain the Sample Programs repository (shameless plug) which contains 106 languages at the time of writing.

After making that comment, I got to thinking more about what makes something a programming language, so I decided to share some of my thoughts.

Oh, and we should probably be able to run that language on a computer. Now, let’s see just how far we can stretch that definition.

If you’ve never heard of MATLAB, it’s essentially a tool used by engineers and data scientists to run simulations and make visualizations. And like most programming languages, it has a very clear syntax and semantics:

To the casual observer, this looks like programming—and it is! Yet, a lot of programming purists look down on MATLAB. Since it’s not used to create applications, it’s not a real programming language.

Of course, MATLAB is absolutely a programming language based on our agreed definition above, and it bothers me that there’s a very vocal minority excluding MATLAB programmers from being real programmers. For instance, some of my mechanical engineering friends use MATLAB all the time to simulate their designs. Are they not programmers at least in some capacity?

If you’re not familiar with HTML, it’s a markup language which is usually used to specify the structure of a web page. Specifically, it’s a tree-like language where the document has a root node (i.e. <html>) which can contain any number of child nodes (i.e. <head>, <body>, etc.). Naturally, these children may have children and so on.

Now, HTML usually hits a snag in the programming language debate because it doesn’t perform any action; it’s static. In other words, there is no flow control. Instead, HTML relies on the browser to interpret and display it.

That said, there is still quite a bit of logic that goes into constructing an HTML document. Understanding how a browser is going to render the HTML is no different than understanding how the JVM is going to run a Java program. In both cases, the developer is programming.

Along with HTML, you’ll often find an interesting language called CSS. To the best of my knowledge, CSS is used to style HTML by applying properties to nodes.

In combination with HTML, CSS can actually be used to drive logic from user interaction. In other words, buttons can be used to change the state of the web page using only HTML and CSS. To me, that sounds like a programming language.

Of course, CSS hits a snag because of its dependency on HTML. Alone, it doesn’t really do much. That said, I think that’s sort of a silly comparison because that’s true for all programming languages (i.e. Java is nothing without the JVM). All languages require other software—or at least hardware—to give it meaning.

As a result, I think CSS fits nicely within the bounds of our programming language definition. After all, it has clear syntax and semantics (per browser), and it happily runs on a computer.

Now, we start to get into some serious gray area: data formats. In this case, I want to talk about formats like JSON, XML, SVG, and even CSV and Markdown. Are these programming languages? I’m going to argue yes.

Let me start by asking a question: have you ever tried to write an SVG? If you have, then you know how challenging that can be:

In this case, we’ve drawn a triangle which can be interpreted and drawn by any number of tools that can understand the SVG format (i.e. the browser). In other words, SVG is a programming language since it has a clearly defined syntax that gains meaning from certain environments like the browser.

While XML has a clearly defined syntax, its meaning is a lot less clear. After all, XML, like JSON, is largely used to carry data, so it only derives meaning under certain circumstances like as an SVG.

Since we’re on the subject of data formats, how about JSON, CSV, and Markdown? All of them have a clearly defined syntax, but can we derive any meaning from them? Naturally, the answer is yes:

In this case, I’ve chosen to share a sample JSON which should be reminiscent of XML (implying that JSON is indeed a programming language). Of course, like XML, JSON derives meaning from context. For example, JSON might also be used for configuration files. In fact, I’ve seen a similar language, YAML, used exactly for that when setting up continuous integration platforms like Travis CI. Is that configuration file not a form of programming?

Similarly, CSV is a data format that doesn’t have any meaning on its own. Like XML, JSON, YAML, and even HTML, CSV relies on a program to interpret it. Is that not what Microsoft does with Excel? How about Google Sheets? These are programs that interpret and display CSV data which gives that data meaning.

Finally, Markdown is a text formatting language which is often used to generate HTML for web pages. Does that make it less of a language because it simplifies a process? I’m sure this is the same argument that was made about higher-level languages like Python and Java by folks who refused to move on from COBOL and FORTRAN. In other words, the art of gatekeeping.

Now, we’re starting to get into muddy water, but hear me out: sheet music may as well be a programming language. 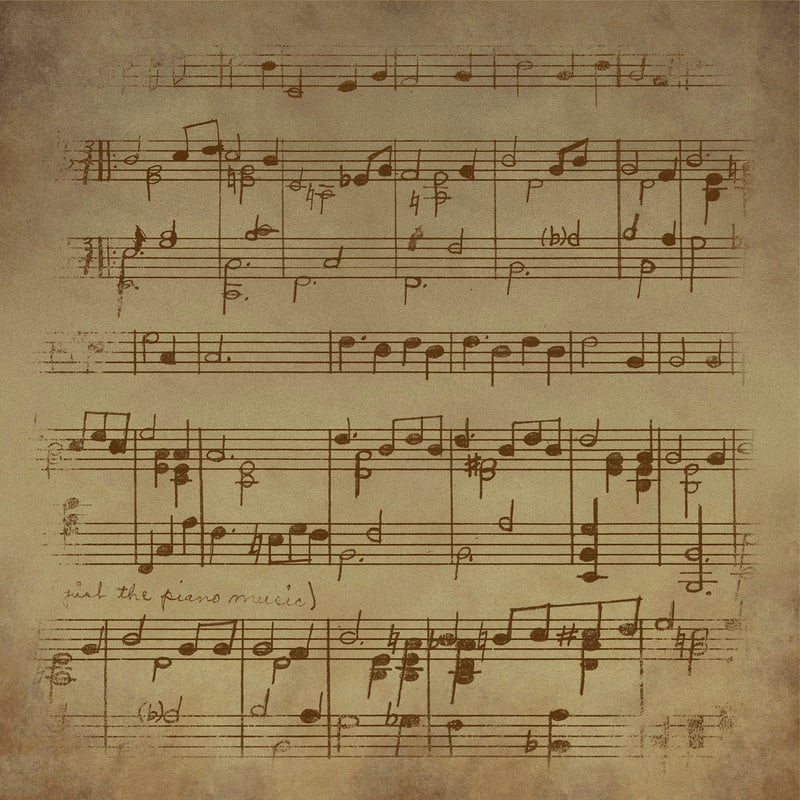 When I decided to write this article, I was actually sitting in a rehearsal. At the time, I was thinking about how some of the ways that we annotate music are ambiguous. For example, the director stated that we should play one of the quarter notes short like an eighth note which prompted one of the sax players to question what the director meant by that. Did he want an eighth note followed by an eighth rest? How about a staccato quarter note?

At any rate, that’s when I got to thinking: is sheet music a programming language? After all, a composer is really just a programmer trying to get the right combination of sounds out of an ensemble through a language with a certain syntax (like Common Music Notation) and semantics.

In fact, Common Music Notation has all sorts of mechanisms that mirror control flow in popular programming languages. For example, there are repeat signs which work similar to loops, double bars which tell the musicians when to stop, and measure numbers which are reminiscent of line numbers.

Of course, we sort of hit a snag in our original definition. After all, sheet music is interpreted and ran by musicians, not computers. Also, I don’t think musicians would appreciate being called computers, but I don’t think the comparison is that far off.

What is a Programming Language?

Now, that’s not to say that programming languages don’t deserve to be categorized. After all, there’s some merit in that. However, it bothers me when we try to put each other down by saying things like “you’re not a real programmer because you code in x.”

At the end of the day, who cares what someone else codes in? We’re talking about tools here, and I don’t think I’ve ever heard anyone put down for using any of the following tools:

See how silly all that sounds? Just let people code, will ya?

As always, thanks for taking some time out of your busy lives to support my work. In addition to coding, I love to write, and I hope content like this helps someone out. If you like this article, make sure to give it a share. Also, consider becoming a member or at least hop on the mailing list, so we can stay in touch. While you’re here, why not take a look at some of these other articles:

Why I Urge My Students to Use DrJava

Well, that’s it for now! Thanks again.

The post What is a Programming Language? appeared first on The Renegade Coder.