If you want to get started in DevOps, Jenkins is most important and handy software you should learn.In this article, I will run you through how to install Jenkins and create first Pipeline

Jenkins can be installed in numerous ways, I will be using docker to run the jenkins locally.

To run the below command you need docker.

This command downloads the jenkins:jdk11 image and runs it, -v create a volume to maintain data persistence, runs the Jenkins in port 8080 with name jenkin-master

Go to http://localhost:8080 to access the Jenkins. You will see below screen 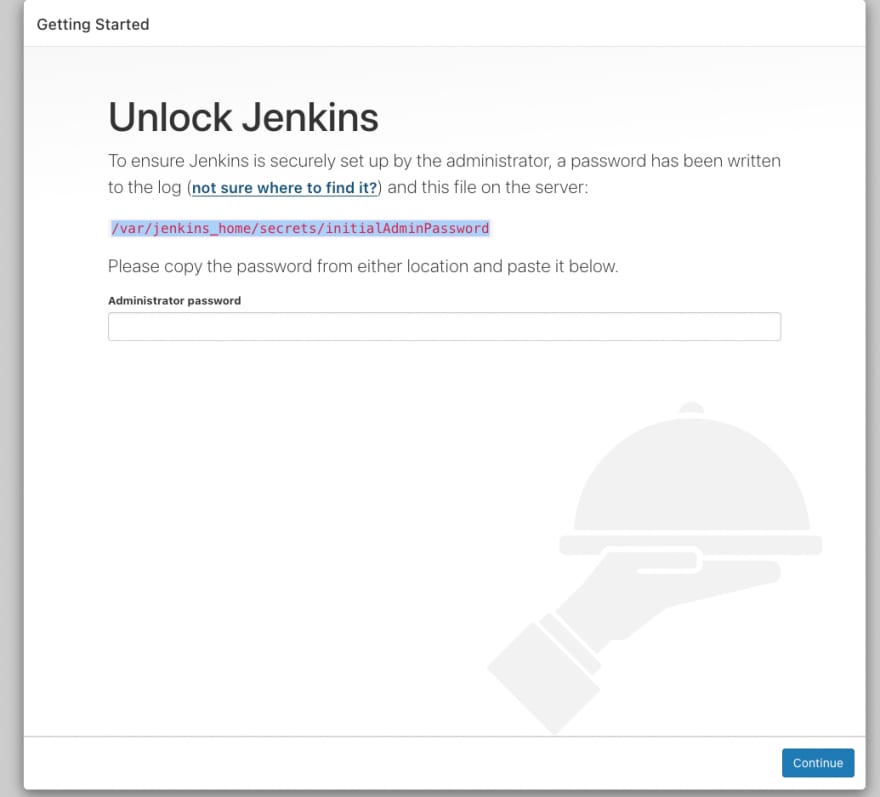 To access the path given in the Jenkins page, we need to log into the docker image with below command

-it stands for interactive terminal

Once you are in, use the below command to get the password
cat /var/jenkins_home/secrets/initialAdminPassword

In Next screen, select Install suggested plugins, once its done you can create a new admin user. 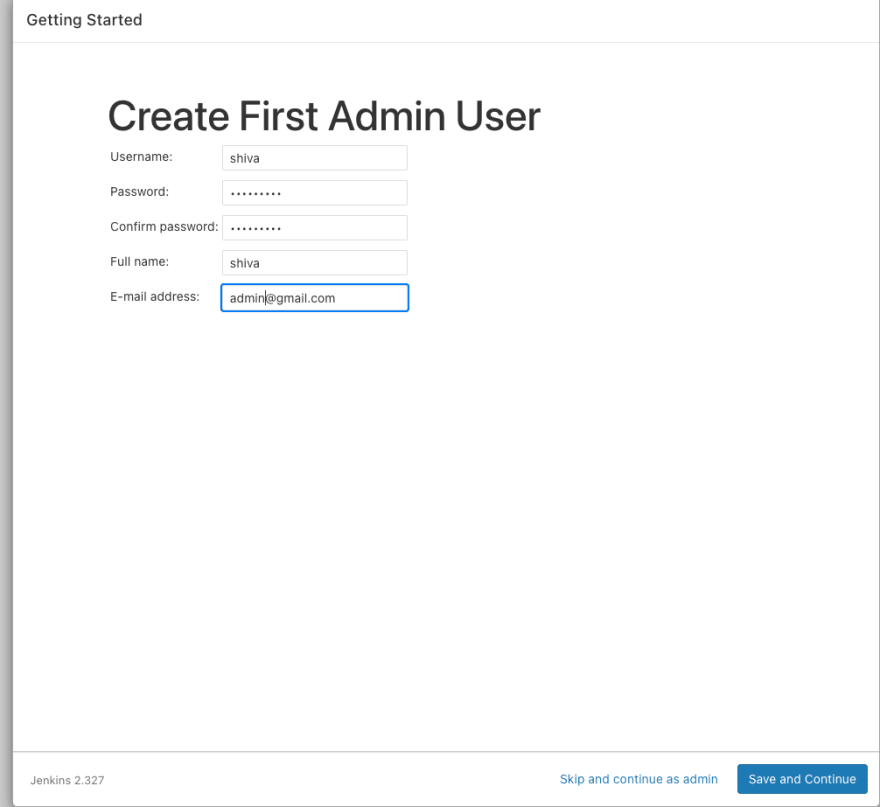 You will land on this page. 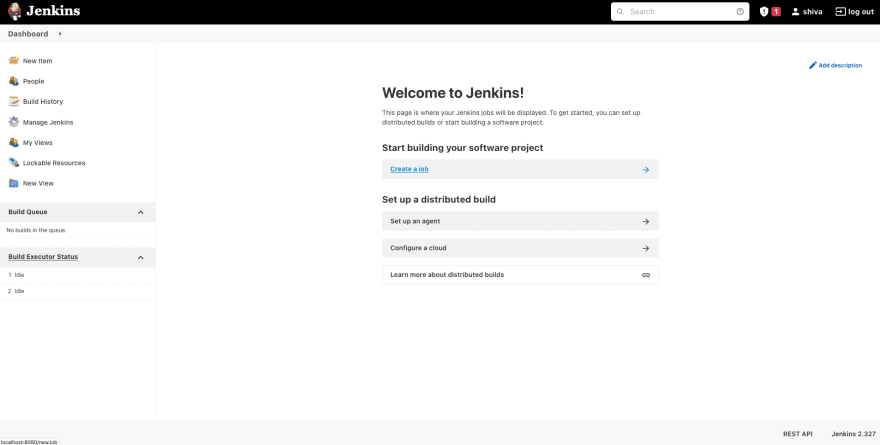 On the left you will see the menu, click on New Item , then select Pipeline and give it a name firstJob

Pipeline is a series of step which helps in building the software. In other words, pipeline is used to implement and integrate continuous delivery.

There are two types of pipeline,
-> scripted &
-> declarative
We are going to write our first declarative pipeline.

Pipeline -> All the declarative scripted pipeline starts with a pipeline block
agent -> instructs Jenkins to run the stages on any agent or node
stages -> Stages contain one or more stage.
stage -> Stage reside inside the stages and it should have a steps block. Every stage will have a name like Test, Build, Deploy. Here we named our stage as Hello
steps -> Steps are written inside the stage and it contains list of commands or scripts that need to run. Here we just wanted to echo "Hello World."

Once you have saved your first declarative Pipeline, let's run it. Click on Build Now. After the build is done, you can click on build number 1 from build history then in the left menu click on Console Output to view the output of the build 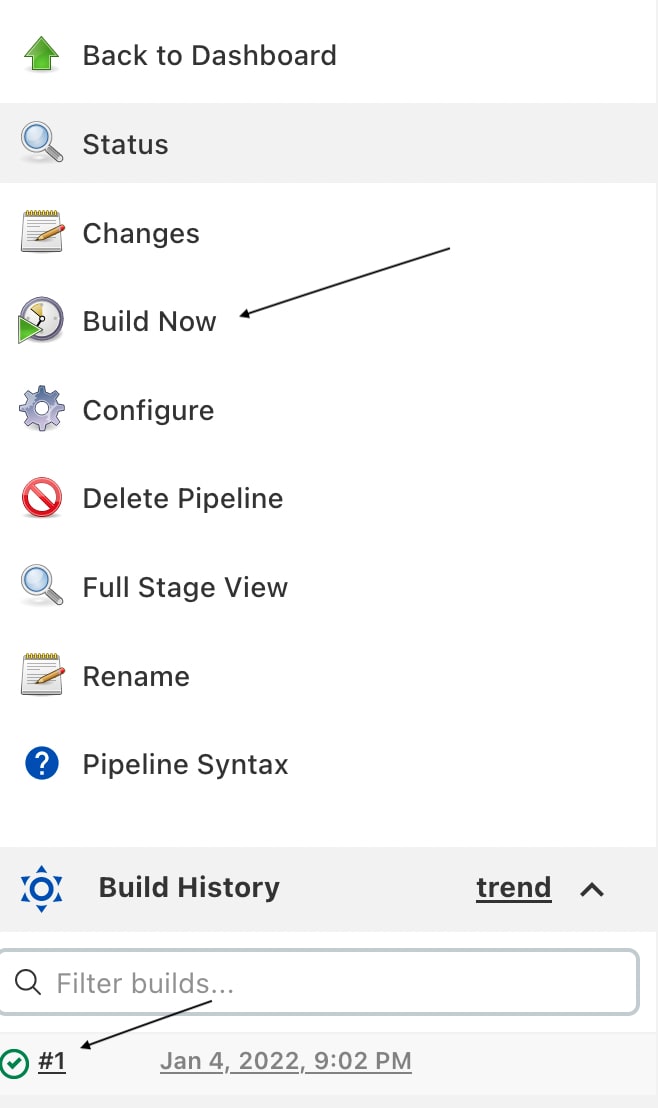 As you can see, the "Hello World" is successfully printed in the output console. 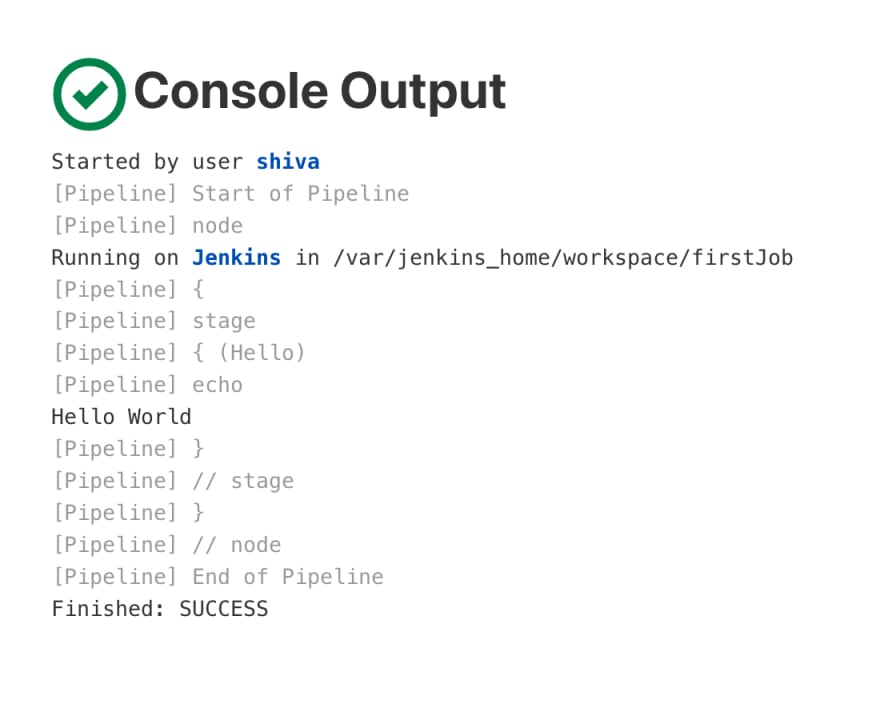 Congratulations! You have created your first pipeline in Jenkins, We will use this as a base to build complete continuous delivery.

Once suspended, rshiva will not be able to comment or publish posts until their suspension is removed.

Once unsuspended, rshiva will be able to comment and publish posts again.

Once unpublished, all posts by rshiva will become hidden and only accessible to themselves.

If rshiva is not suspended, they can still re-publish their posts from their dashboard.

Once unpublished, this post will become invisible to the public and only accessible to shiva kumar.

Thanks for keeping DEV Community 👩‍💻👨‍💻 safe. Here is what you can do to flag rshiva:

Unflagging rshiva will restore default visibility to their posts.