Do you want to serve your Angular app on the node.js server?
I assume that you already have an angular app now you want to render it with node.js. in this dev blog, I will explain how you can achieve this in a very easy and secure way by using view engines in node.js.

also, I will explain how you can render modify your endpoints to work with the server-side, you might using service to hit the specific backend by going on the specific route. e.g signup-route.
let's get started.
Table of content.

2)What is PUG (in this tutorial I will use pug)?

3)How to render Angular application with node.js backend

Angular is a TypeScript-based open-source web application framework led by the Angular Team at Google and by a community of individuals and corporations.

PUG is a robust, elegant, a feature-rich template engine for Node.js

How to render Angular application on the node.js server?

That's all for this blog I hope this will help you, consider writing your thought and feedback, so I can improve my writing and help people in a better way.
Best Regards 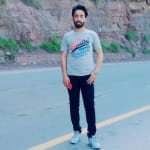 How to change ownership of a file in Nodejs?

Once suspended, saadabbasi will not be able to comment or publish posts until their suspension is removed.

Once unsuspended, saadabbasi will be able to comment and publish posts again.

Once unpublished, all posts by saadabbasi will become hidden and only accessible to themselves.

If saadabbasi is not suspended, they can still re-publish their posts from their dashboard.

Once unpublished, this post will become invisible to the public and only accessible to Saad Abbasi.

Thanks for keeping DEV Community 👩‍💻👨‍💻 safe. Here is what you can do to flag saadabbasi:

Unflagging saadabbasi will restore default visibility to their posts.