I recently completed a research based assignment for a course I am doing. The paper was written completely as a Google doc and submitted via TurnItIn. As you know, such papers require tons of referencing to backup the claims we are making in them. Often times keeping track of these resources – books, websites, journals, videos – can be hard. In the past I have tried organizing them in a separate Google sheet for later perusal/citation but it is always cumbersome to keep switching back and forth between browser tabs to make this happen. I know there are ready made apps for this kind of stuff but hey, where is the fun in that? This challenge was forcing me to code in Google docs, which I rarely do. So I took it up.

I decided to try writing a script that accepts my reference entries from a Google document and pressing a button would automatically send that entry into a Google sheet. More entries would come in the same way and the data in the sheet would keep getting appended.

Here’s the catch though. I wanted it neatly organized too so that I can manage it better later for citations. So the Google sheet had 4 columns, each titled by the kind of resource it was. The script was supposed to identify what kind of resource is coming in and put it in the right column accordingly.

In Computer Science one of the core things we teach students is to collect end-user requirements. So applying it on myself, I made the following notes:

The first step was to go to the Google document here the references will be created. Once there, I went to "Script Editor" under "Tools". 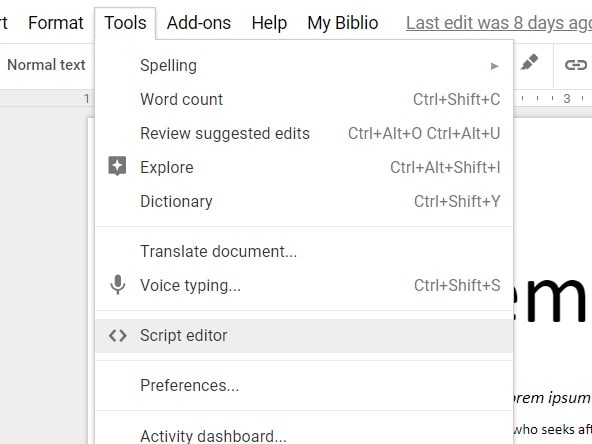 The code has two files: code.gs (the Google Script file that captures the data from this file to send to the Google Sheet) and sendForm.html which contains the form where user inputs the data.

This google script file has three functions. They are documented below. 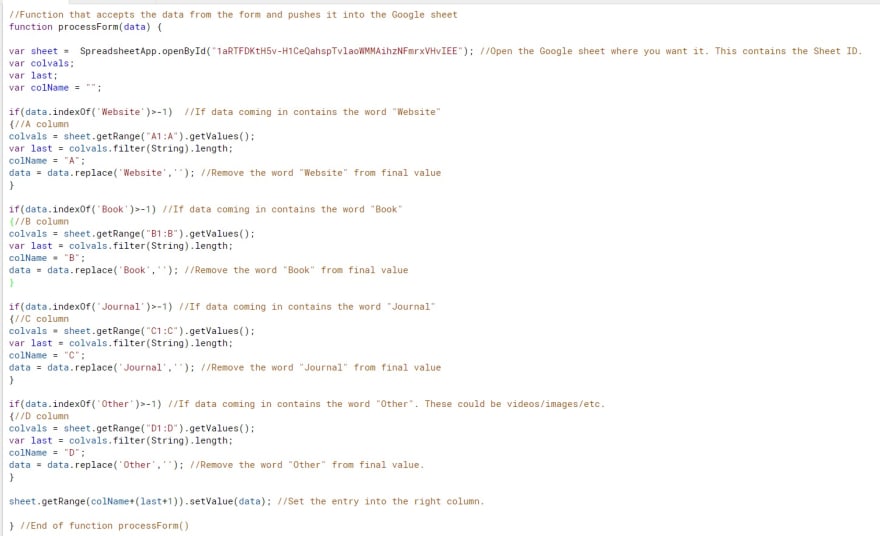 The second file is the HTML service that interacts with server-side Google script functions. 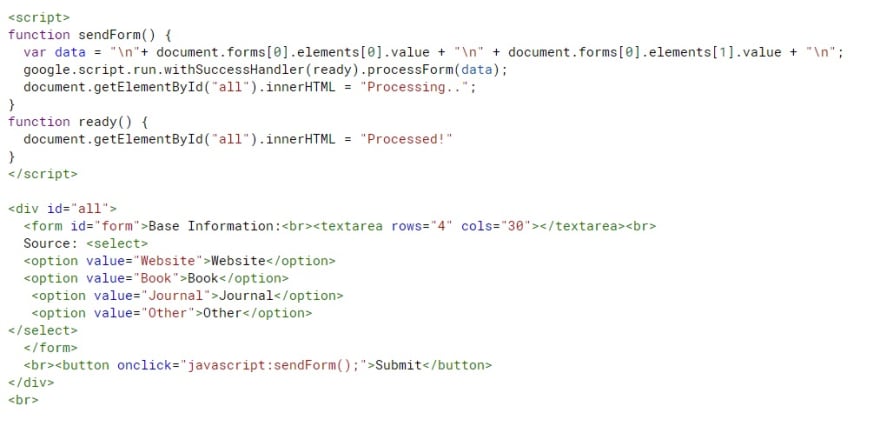 Once suspended, skrish2017 will not be able to comment or publish posts until their suspension is removed.

Once unsuspended, skrish2017 will be able to comment and publish posts again.

Once unpublished, all posts by skrish2017 will become hidden and only accessible to themselves.

If skrish2017 is not suspended, they can still re-publish their posts from their dashboard.

Once unpublished, this post will become invisible to the public and only accessible to Shashi.

Thanks for keeping DEV Community 👩‍💻👨‍💻 safe. Here is what you can do to flag skrish2017:

Unflagging skrish2017 will restore default visibility to their posts.