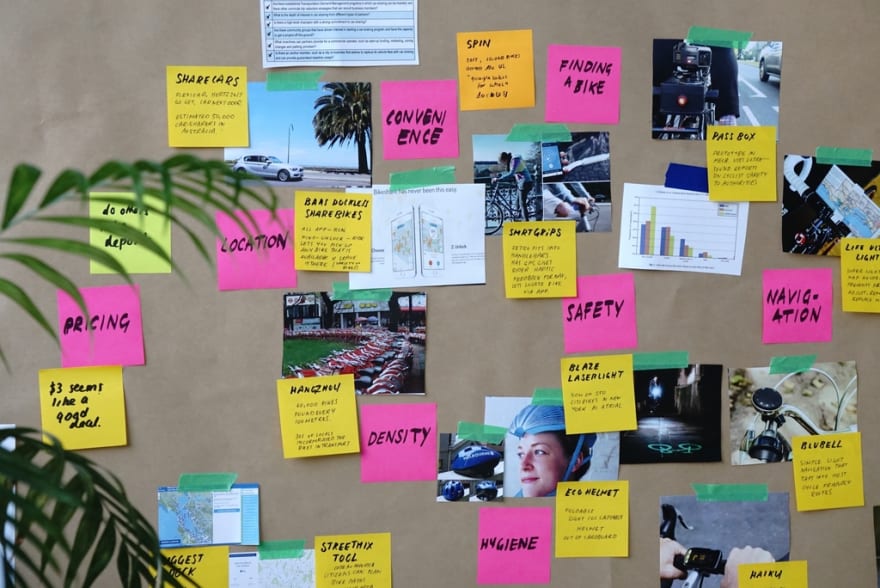 Figma has been my goto design tool that I would use for design task from creating the design for prototypes, wireframes to Linkedin banners.

I became more interested in it when I read that AJ & Smart recommends Figma due to its live collaboration feature.

They are also part of the course instructors for the Udacity Design Sprint Nangodegree course.

I hate it whenever you are sending designs to a user for feedback. It assumes that the user has the design tool in their machine to view it.

To overcome the problem, you export the design as a PDF, but you lost the interactivity portion of your prototype, which allows the users to play around with it to provide feedback on your design.

Figma provides a link which you could share it to your users to play around to provide feedback directly in Figma as well.

Storing Design Documentation For Your MVP

Figma allows you to store your design documentation in one stop.

Whenever you are building your MVP you should have these three critical pieces of the documentation which is namely the following:

With this, it helps in reducing the amount of design & development time lost to communicate your idea across to your team to build an MVP from the UX Designer to Developer.

Works With All Platforms

Besides the native application founded in Windows and Mac.

Figma provides a web app which allows anyone with an internet connection and web browser to design and edit their design.

This was important due to my developer environment was a Linux machine.

Allows the Importing of Sketch Assets

This was something that I had found that was quite useful as you do not need to design everything from scratch.

You could import tons of beautifully designed pre-built sketch files. Which the last I heard Sketch is considered quite a popular tool used by UI/UX designers to build UI for websites, mobile apps and tons of other software.

This was something it had never crossed my mind or used while I was building designs or prototype as a single person.

This might be a useful feature for teams that has more than 1 designer who is designing the prototype.

By making changes on the fly while collaborating on a single file that acts as a single source of truth for designers.

One of the neat features that I like about Figma is that a developer could replicate the whole design with ease.

By just hovering and clicking on a piece of the component to get the colour, size and style of that component directly under the code tab for CSS, iOS & Andriod.

This saves a lot of time for the developer to find out the size, colour and placement of a particular component for your MVP on a website, iOS or Andriod.

Lastly, I really like Figma is the learning curve needed.

I'm not a designer by trade and I really appreciated the thought process and the time that is taken to get up to speed to create a prototype or design without tons of effort to learn on how to use it.

I hope you might consider the use of Figma in your next project or building your own MVP.

For those who are using Figma, I love to know your thoughts and experience using it.

This post was originally posted on Max's blog at Why Use Python for Startups? and Photo by Jo Szczepanska on Unsplash

My First Year of Freelancing

About a year ago, I started with a freelance career. This experience has changed me as a professional, but also as a person.

Pipeline pattern: Perform tasks with an assembly line of steps

to UUID or not UUID