Serverless computing is the abstraction of servers, infrastructure, and OSs.

Azure takes care of managing the server infrastructure and allocation/deallocation of resources based on demand.

Serverless computing abstracts the servers you run on.
Deploy your code, which then runs with high availability.

Pay only for the time their code runs.

They're commonly used when you need to perform work in response to an event, often via a REST request, timer, or message from another Azure service.
Azure Functions scale automatically based on demand
Azure Functions can be either stateless (the default), where they behave as if they're restarted every time they respond to an event, or stateful (called "Durable Functions"),

They are similar to Functions, both enable you to trigger logic based on an event.
Logic Apps execute workflows designed to automate business scenarios and built from predefined logic blocks.
You create Logic App workflows using a visual designer on the Azure portal or in Visual Studio. The workflows are persisted as a JSON file with a known workflow schema.

Differences between functions and logic apps. 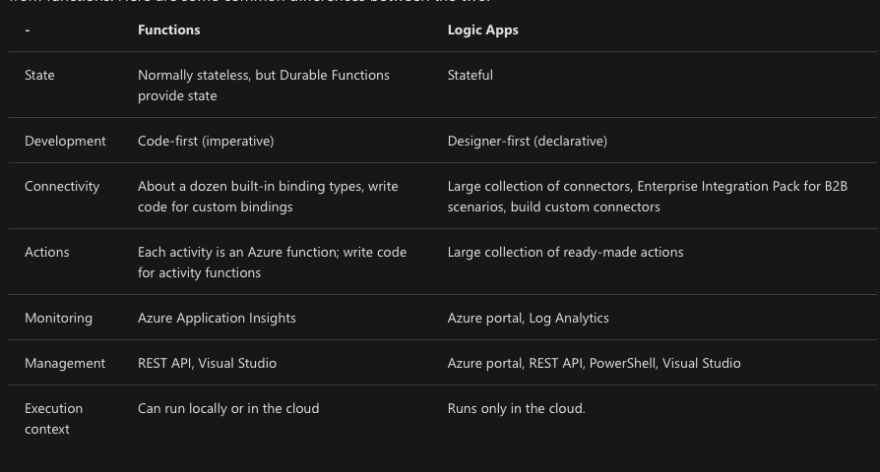 The Most Minimal Serverless Function