Carousels are a useful component for displaying a series of images (or really any media). People often use carousels off the shelf, but they're quite easy to build yourself! In this post I'll go through building a Web Component for a carousel.

You can see here that as you click the next and previous buttons it scrolls through a series of images.

Web Components are handy tools for abstracting out common patterns in HTML. There's lots of user interface patterns that are common on the web but don't have their own elements. Instead you have to build them up yourself from other elements.

If you find yourself repeating HTML, or the complexity gets too much, it can be handy to abstract out the complexity. By creating a Web Component you can create a neat abstraction that becomes reusable and easier to understand. Plus it makes your HTML much tidier!

This Web Component is rather simple, it doesn't have any attributes - you just put some elements inside it.

The idea here is to stick to standard elements as much as possible and to keep it simple. The carousel is going to be in charge of displaying the content like a carousel. Then the content itself can be anything! In this case I've put in three images of cats at different sizes.

A big benefit of this approach, using Web Components, is that I can put any HTML content inside my carousel. It's just HTML! Plus I can use it in any website, no matter the library. Sticking to standards often makes things easier.

To begin with I wrote down the elements I'd need to create this carousel:

You can see here that I've got two buttons, one for going left and one for going right. Then I've put a slot element in, this is where the content inside will go. But this isn't quite enough for it to look like a carousel. Right now it looks like this: 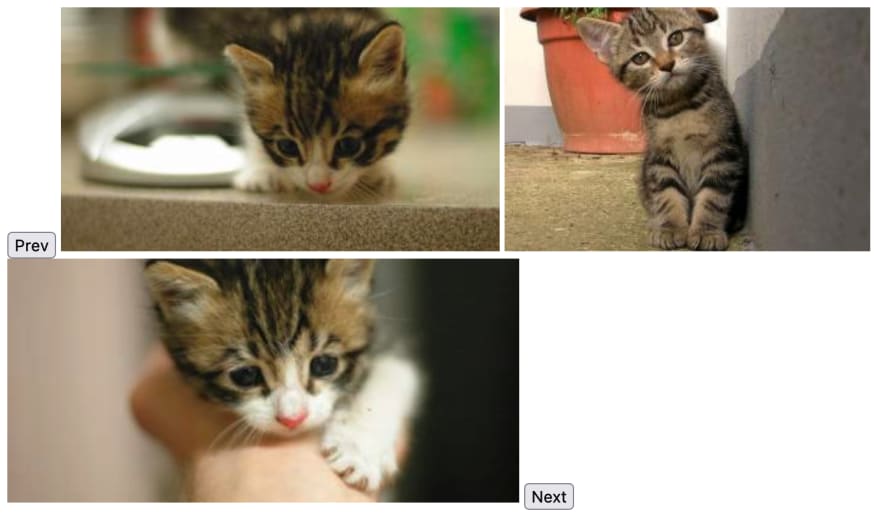 Here's how I styled it:

First lets look at the extra elements I added. I've created a div to wrap all of the other elements, this will be useful for layout. Then I've added another div for the images, this will help to control how much of them is displayed.

You can also see here that I've given every element an id. When you're working with Web Components the HTML and CSS is all scoped to within the component. So you can use id as much as you please, it won't overlap with others on your page. This makes it much easier to write JavaScript and CSS.

Now lets look at the style here. The first part makes it so the element displays as a block element:

Next up I've styled the outer container to use display: flex:

This makes it so that the three child elements (#prev, #images, and #next) all display next to eachother horizontally. Which is key to the whole layout! 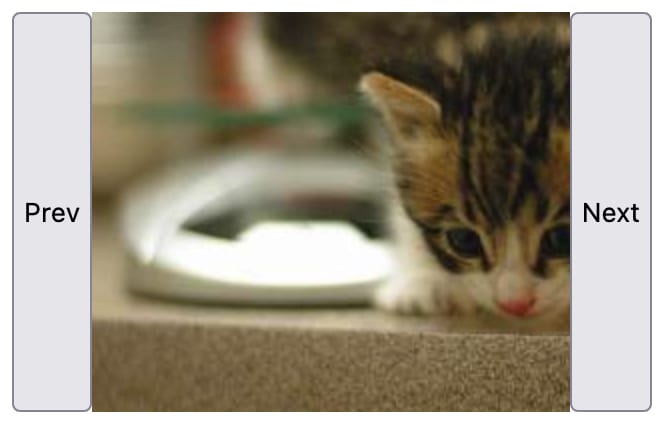 That's just about everything! The only part we don't have is the buttons.

Wiring up the buttons

To wire up the buttons we'll need to write some JavaScript. First we'll set up some boilerplate for creating the carousel element:

Now we want to wire up the events. Because we've already given each of our elements an id this is rather easy. First we get each of the elements we need from the shadowRoot:

Then we set up click handlers that scroll the images container:

And bingo bango we've got a scrolling carousel!

I'm speaking about Practical Uses for Web Components at Web Directions: Code on September 17 & 24 2021. If you're interested you can use the voucher bensentme to get 20% off! 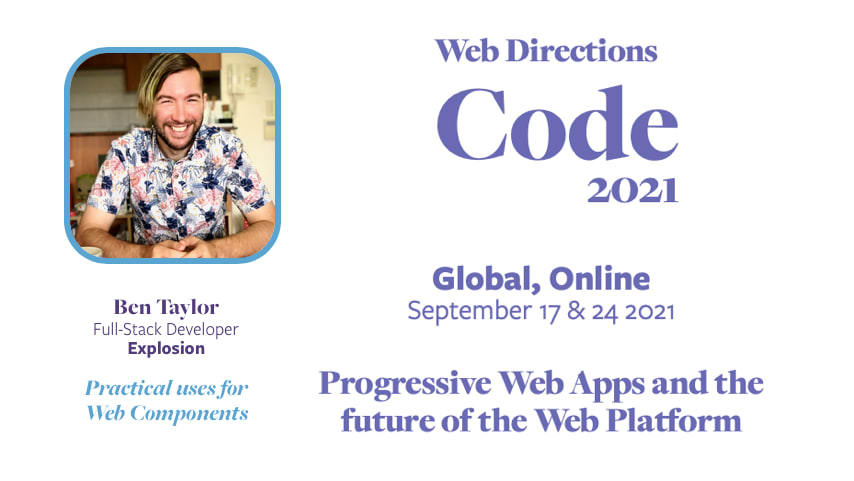 Once suspended, taybenlor will not be able to comment or publish posts until their suspension is removed.

Once unsuspended, taybenlor will be able to comment and publish posts again.

Once unpublished, all posts by taybenlor will become hidden and only accessible to themselves.

If taybenlor is not suspended, they can still re-publish their posts from their dashboard.

Once unpublished, this post will become invisible to the public and only accessible to Ben Taylor.

Thanks for keeping DEV Community 👩‍💻👨‍💻 safe. Here is what you can do to flag taybenlor:

Unflagging taybenlor will restore default visibility to their posts.