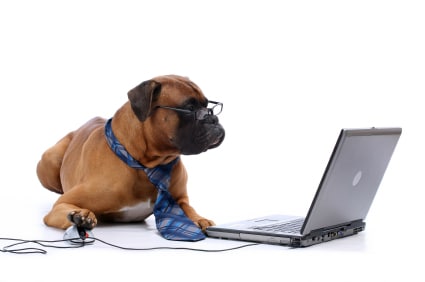 After surviving a recent round of layoffs in my current position, I decided to compare my current skillset against what is being sought after on LinkedIn. I was shocked about how much had changed in four years. I was also a little disappointed in myself for not keeping my skills up to date. I knew very little about Node.js, Angular or any of the reactive frameworks. I used Handlebars from time to time, but that's about as close as I ever got to templating. I also haven't really been apart of "the conversation" beyond what I do at work.

I decided to learn Node.js, TypeScript and Angular. Someone at work tried to introduce Vue.JS to my team, so I added that too. Udemy was a big help in getting myself up to speed in these technologies. Suddenly coding was becoming a joy again. These frameworks like Vue and Bootstrap took a lot of the tedium out of coding UI so that you can get to a prototype stage a lot faster than ever before. Gone are the days where you have to write Javascript code to crawl through a table to aggregate data to send it back to the server, now it all gets updated directly with every form control update. I felt like a kid in a candy store.

The best thing that came out of this is that I feel like I am a part of the coversation again. I started listening to developer podcasts and I have signed up for a couple of local developer meet-ups. I also feel like have gained leverage in my current position because now I knew skills way beyond what I do.

Something else I've learned is that you shouldn't limit yourself to what you use in your current position. Learning new skills can help reinvigorate your interest in being a developer.

I forgot to mention I'm 46 old. I cut my teeth on VBA, HTML and SQL Server. I was coding before there was an ASP or a .Net. There have been a lot of conversations about older developers and how hard it would be to get a job later in life if I ever needed to. I think that as long as you stay excited about the industry, keep yourself in the middle of the conversation and understand that there is a world to explore that goes way beyond your place of work, you'll always be relevant. Making excuses for why you shouldn't learn is the fastest way to make yourself obsolete.

Now excuse me, I have a .Net Core/Angular class to go take.

Resume Tips That Will Get You Hired-#1

How AI chatbots will replace human writers, coders and developers

Dan Benge
Softare Developer since 1997.
My Survival Guide to a Layoff
#career
You Only Get One Chance (most of the time)
#career

Once suspended, threedeeprinter will not be able to comment or publish posts until their suspension is removed.

Once unsuspended, threedeeprinter will be able to comment and publish posts again.

Once unpublished, all posts by threedeeprinter will become hidden and only accessible to themselves.

If threedeeprinter is not suspended, they can still re-publish their posts from their dashboard.

Once unpublished, this post will become invisible to the public and only accessible to Dan Benge.

Thanks for keeping DEV Community 👩‍💻👨‍💻 safe. Here is what you can do to flag threedeeprinter:

Unflagging threedeeprinter will restore default visibility to their posts.