I stumbled upon a quick way to deploy a React app to Netlify! This might not be new but someone that's a code newbie like me might find this helpful!

I originally have this project as an HTML/CSS practice app of mine that is currently hosted/deployed on Firebase. I was trying to experiment if I can deploy this to Netlify while also building a react version on the same repo. I probably could've googled the answer to that but I thought, heck, if it doesn't work out, at least I tried and probably will google then.

So from my current directory, I created a react app and followed these steps:

Utilize this guided way by Netlify. Click here(This is a free resource from Netlify Support but I do prefer using the CLI to see what is going on behind the scenes.)

So at this step, you should be prompted with options in tailoring your deployment. It was just literally two lines of commands and I did mines like this; 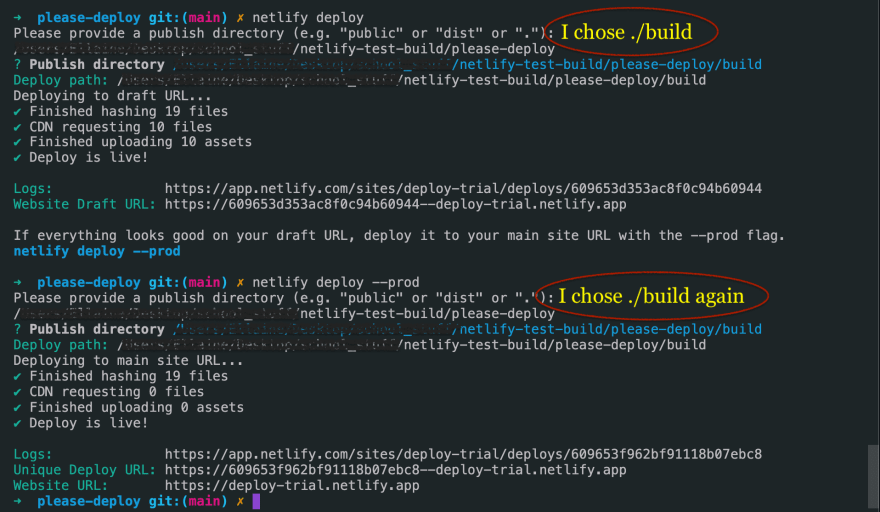 ( And yes I named my mock react app as please-deploy haha - so much trial and error that I just had to.)

Updating your work on manual deployment?

If you did the steps above with me and didn't link your GitHub on the deployment, that means we're currently on manual deployment for our React app. To double-check, you can look at your 'Deploys' tab on Netlify and click the app we just deployed, and you will see that we don't have a Github repo linked; 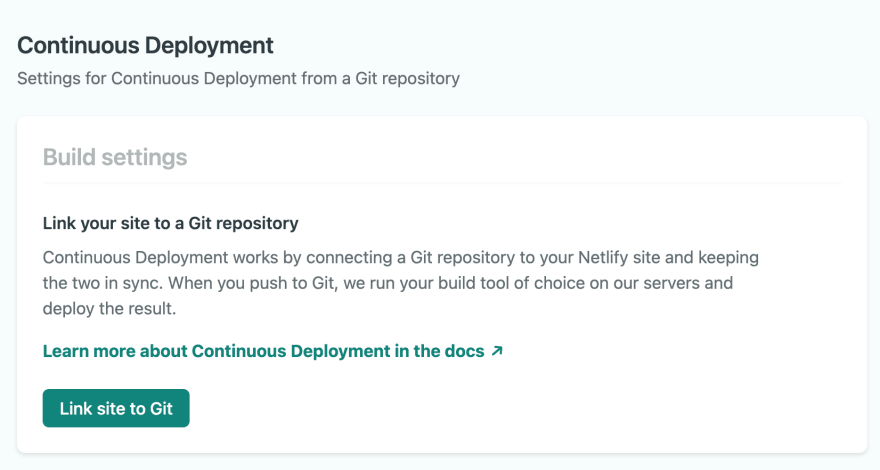 While on continuous deployment, you will see what Github link you connected; 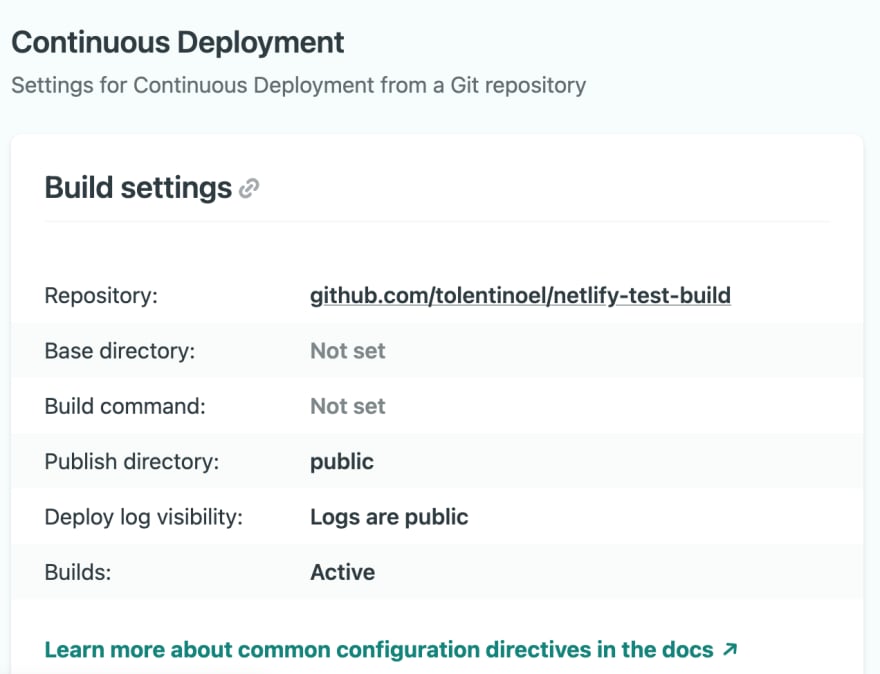 If you prefer manual deploys(GitHub disconnected from Netlify) over continuous deployment(means every git push will launch deploy automatically), you would have to run

You would have to run these commands each time you want to update your deployment. Since your build file is on .gitignore, linking your repo on Netlify would not deploy it properly unless you remove/comment-out "/build" on .gitignore and push it to your main/master branch.

TADA! And that's all there is to it! Check out my deployed react app if you like! It's bare right now but I added a few things to check if it's working.

Let me know if I missed anything or if you've tried these steps too! Until the next one!

References:
--> A shorter version of the deployment instruction is here written by Brian Douglas & David Wells
--> Looking for more towards continuous deploy? Gene Campbell III wrote a blog about it!

I just finished building my Portfolio! Here are 3 key features I added

Once suspended, tolentinoel will not be able to comment or publish posts until their suspension is removed.

Once unsuspended, tolentinoel will be able to comment and publish posts again.

Once unpublished, all posts by tolentinoel will become hidden and only accessible to themselves.

If tolentinoel is not suspended, they can still re-publish their posts from their dashboard.

Once unpublished, this post will become invisible to the public and only accessible to Ellaine Tolentino.

Thanks for keeping DEV Community safe. Here is what you can do to flag tolentinoel:

Unflagging tolentinoel will restore default visibility to their posts.