As we go towards the goal of coding daily, I have tried to learn applying Semantic UI on a React App!

There are so many things to learn to reach my goal of being a pro in frontend development, and I learn best on application!

Add this script inside the <head> tag of your index.html.

I wanted some mock user data but since this is just a frontend development exercise, I just went with a faker gem!

Instructions and specifications are here on it's repo - Faker Github repo.

Then let's import it to one of our components.

In your component you can call the faker gem like so;

You can utilize the faker gem in so many ways! For mock email address, photos, names, words etc. Example:

I wanted to add a big avatar photo like a profile page, so I looked up and found this repo for image variations for the Image component from Semantic UI.
Avatar variations
Once you choose one, I applied it to my code like so;

Don't forget to specify the size on the url. In my case, I chose large. I also used the className, ui medium circular image, for is to be cropped circularly without the need for border-radius. 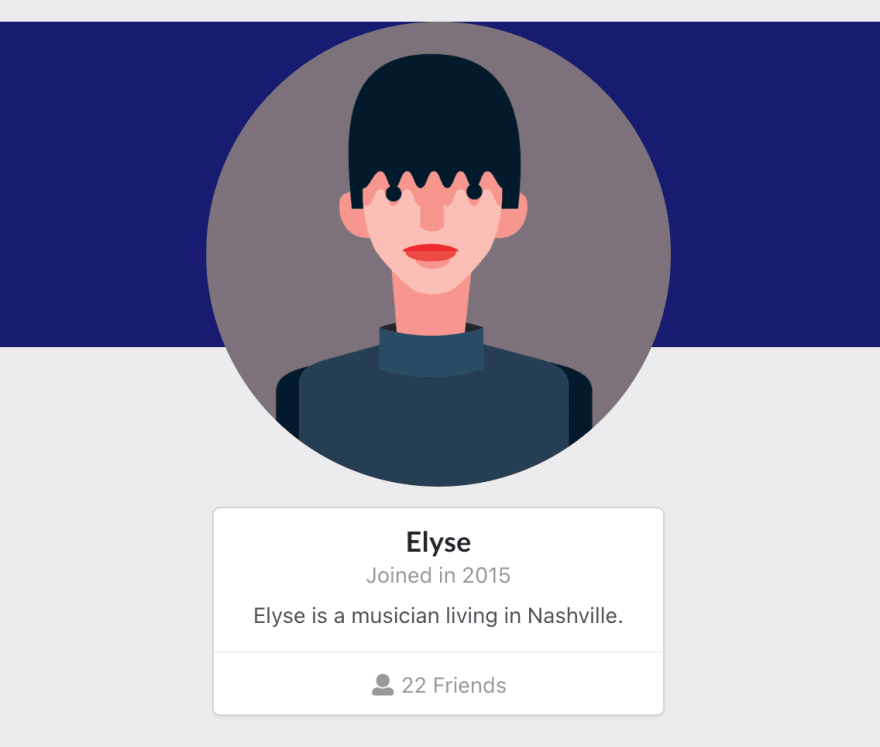 The container at the bottom I used is one of Semantic UI's component called Card.

At the very bottom of the page you'll see a list of people who have interacted with our mock user. 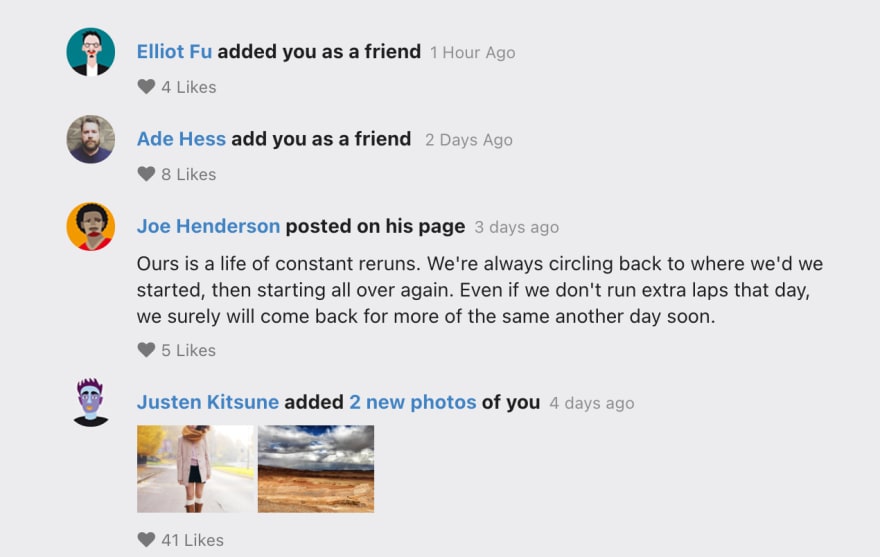 It is amazingly just a component by Semantic UI which is called Feed. In combination of the faker gem we installed, I also utilized it on the "photos" 'Justin Kitsune' added.

In code, here's how I utilized the faker gem.

And that is it! There are so much things to apply and definitely this can be improved. This blog is in purpose of just showing what I learned in applying a frontend library I've never get a chance to use before.

Here's the deployed version of my app if you want to see it live! Semantic UI App

What's your favorite Semantic UI component and have you made an app with it? Let me know in the comments below!

22 stats that answer, why you should learn Node.js

I quit my business to start an open-source dev tool

Once suspended, tolentinoel will not be able to comment or publish posts until their suspension is removed.

Once unsuspended, tolentinoel will be able to comment and publish posts again.

Once unpublished, all posts by tolentinoel will become hidden and only accessible to themselves.

If tolentinoel is not suspended, they can still re-publish their posts from their dashboard.

Once unpublished, this post will become invisible to the public and only accessible to Ellaine Tolentino.

Thanks for keeping DEV Community safe. Here is what you can do to flag tolentinoel:

Unflagging tolentinoel will restore default visibility to their posts.