(A Japanese translation is available here.)

I've uploaded a Jupyter notebook in my GitHub repo. You can run it using Binder by clicking the badge below.

I'm using the Titanic train dataset from Kaggle as an example. To begin with, following code is assumed to be executed.

The first method is by seaborn.heatmap. The next single-line code will visualize the location of missing values. 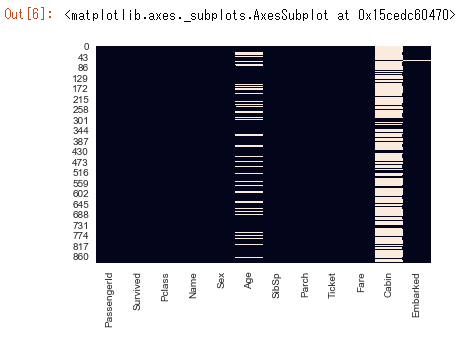 Against Index, I can see that

This is not the case for this Titanic dataset, but especially in time series data, we need know if the occurrence of missing values are sparsely located or located as a big chunk. This heatmap visualization immediately tells us such tendency. Also, if more than 2 columns have correlation in missing value locations, such correlation will be visualized. (Again, not the case for this dataset, but it is important to know the fact that there is no such correlation in this dataset.)

This single-line code tells us a lot of information of missing value occurrence.

If you want to proceed further, missingno module will be useful.
To begin with, install and import it.

If you want the similar result to seaborn.heatmap described earlier, use missingno.matrix.

In addition to the heatmap, there is a bar on the right side of this diagram. This is a line plot for each row's data completeness. In this dataset, all rows have 10 - 12 valid values and hence 0 - 2 missing values.

Also, missingno.heatmap visualizes the correlation matrix about the locations of missing values in columns. 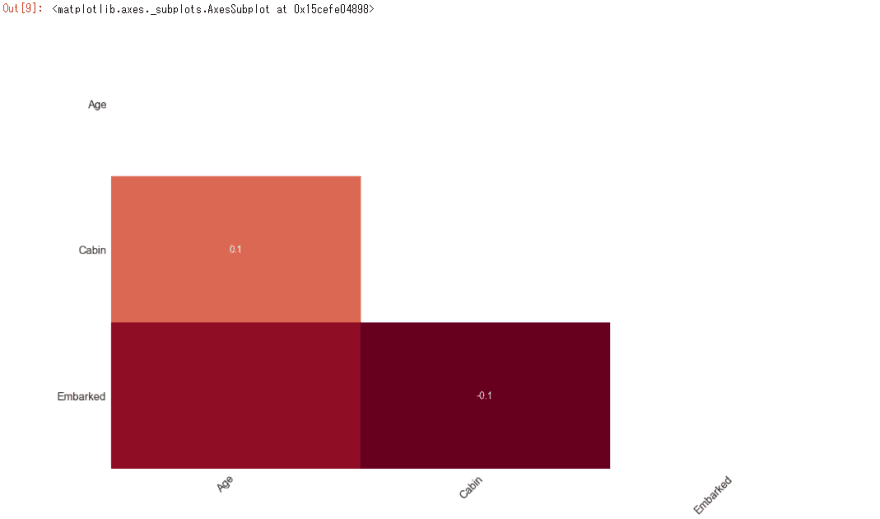 missingno module has more features, such as the bar chart of the number of missing values in each column and the dendrogram generated from the correlation of missing value locations. For more information, README is a good primer.

Two easy visualization methods are described in this article. seaborn.heatmap is the first choice as it requires seaborn only, but it you need more, missingno module will help you.

Using Exceptionite 2 in Django with a single line

Tomoyuki Aota
A software developer. Qiita: https://qiita.com/TomoyukiAota
Creating a Pipfile for multiple versions of Python
#python #pipenv
Creating a Pipfile which has different installation instructions depending on operating systems (PyTorch v0.4.1 as an example)
#python #pipenv #pytorch
When we read Stack Overflow, what does Stack Overflow read from us?
#stackoverflow #python #pandas #jupyter