I am starting this new series called Tip Tuesday in which I will write an article which includes some tips & tricks every Tuesday. So please follow me to stay updated!!

Hey Devs, the new ES2020 features have been up for a while now, but not everybody knows them, so here are some cool features to try out!

BigInt, one of the most anticipated features in JavaScript, is finally here. It actually allows developers to have a much greater integer representation in their JS code for data processing for data handling.

At the moment the maximum number you can store as an integer in JavaScript is pow(2, 53) - 1. But BigInt actually allows you to go even beyond that. 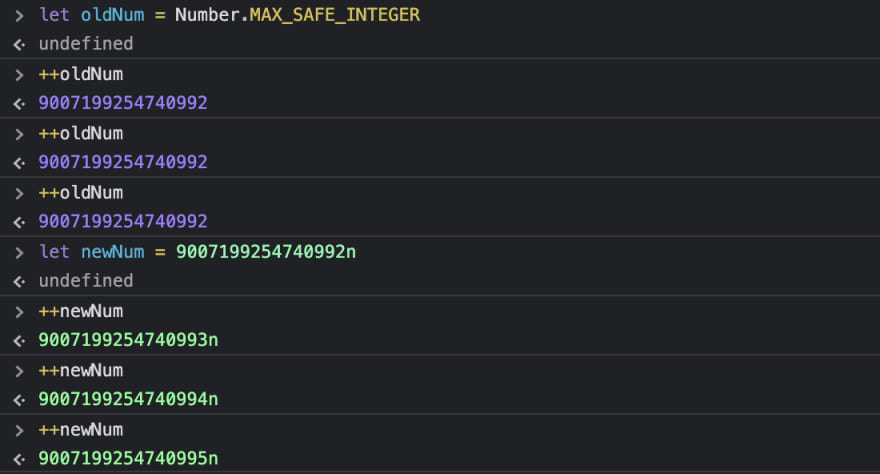 However, you need to have an n appended at the very end of the number, as you can see above. This n denotes that this is a BigInt and should be treated differently by the JavaScript engine (by the v8 engine).

This improvement is not backward compatible because the traditional number system is IEEE754 (which cannot support numbers of this size).

Dynamic imports in JavaScript give you the option to import JS files dynamically as modules in your application natively. This is just like how you do it with Webpack and Babel at the moment.

This feature will help you ship on-demand-request code, better known as code splitting, without the overhead of webpack or other module bundlers. You can also conditionally load code in an if-else block if you like. The good thing is that you actually import a module, and so it never pollutes the global namespace.

Nullish coalescing adds the ability to truly check nullish values instead of falsey values. What is the difference between nullish and falsey values, you might ask?

In JavaScript, many values are falsey, like empty strings, the number 0, undefined, null, false, NaN, and so on.

However, you might want to check an immense number of times if a variable is nullish – that is if it is either undefined or null, like when it's okay for a variable to have an empty string or even a false value.

In that case, you'll use the new nullish coalescing operator, ?? 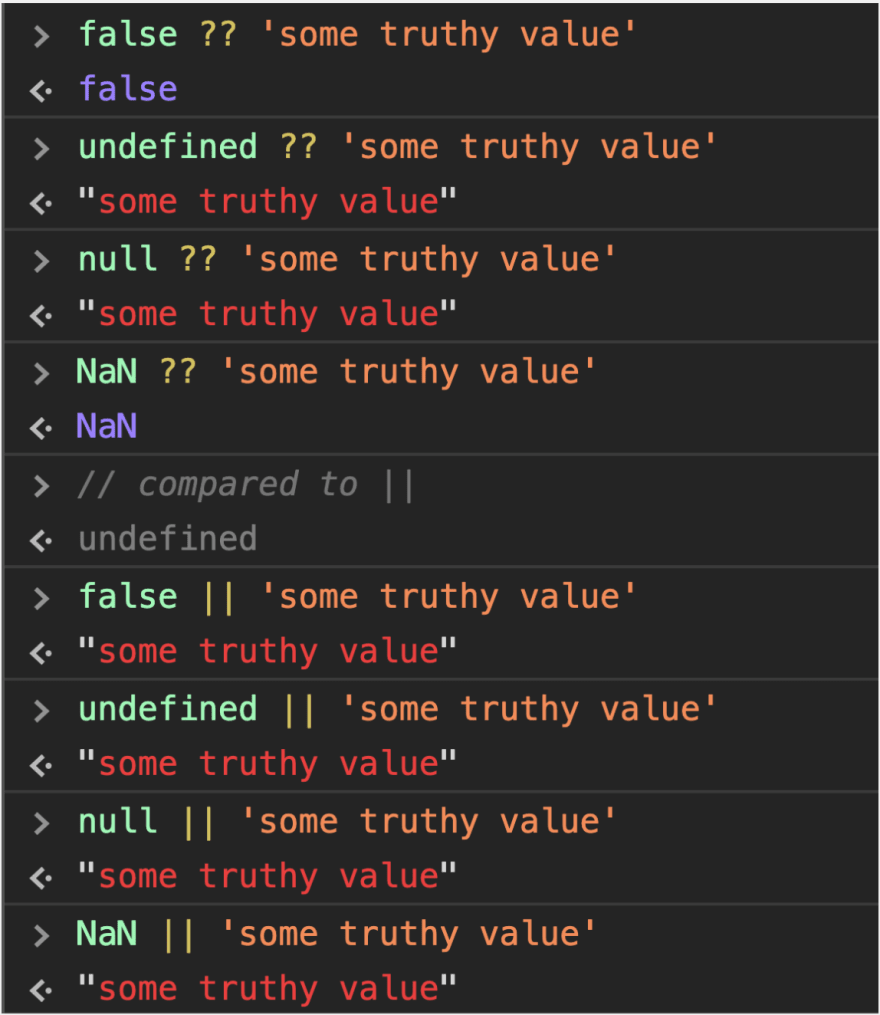 You can clearly see how the OR operator always returns a truthy value, whereas the nullish operator returns a non-nullish value.

Optional chaining syntax allows you to access deeply nested object properties without worrying if the property exists or not. If it exists, great! If not, undefined will be returned. This works on object properties but also on function calls and arrays. Super convenient! Like this example:

The Promise.allSettled method accepts an array of Promises and only resolves when all of them are settled – either resolved or rejected.

This was not available natively before, even though some close implementations like race and all were available. 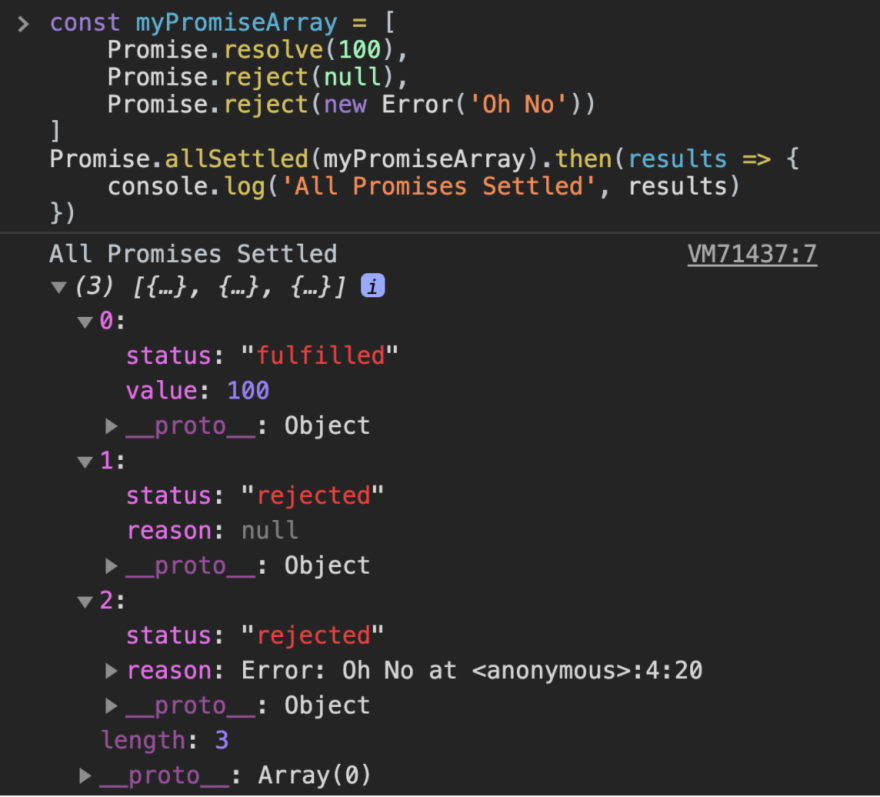 matchAll is a new method added to the String prototype which is related to Regular Expressions. This returns an iterator that returns all matched groups one after another. Take a look at this example:

If you wrote some cross-platform JS code that could run on Node, in the browser environment, and also inside web-workers, you'd have a hard time getting hold of the global object.

This is because it is window for browsers, global for Node, and self for web workers. If there are more runtimes, the global object will be different for them as well.

So you would have had to have your own implementation of detecting runtime and then using the correct global. Hence, ES2020 brought globalThis which always refers to the global object, no matter where you are executing your code:

In JavaScript modules, it was already possible to use the following syntax:

However, no symmetric export syntax existed, until now:

This is equivalent to the following:

The ECMA specification did not specify in which order for (x in y) should run. Even though browsers implemented a consistent order on their own before now, this has been officially standardized in ES2020.

The import.meta object was created by the ECMAScript implementation, with a null prototype.

You can access meta information about the module using the import.meta object:

It returns an object with a url property indicating the base URL of the module. This will either be the URL from which the script was obtained (for external scripts) or the document base URL of the containing document (for inline scripts).

Thank you very much for reading this article.

Resist the Mist: Bouncing From Topic to Topic

World In Dev
In a sentence: we are cool, and you need to follow us.

📢Hello World! @WorldInDev is a programming community for exchanging ideas and foster innovation. We provide daily code news, weekly digest, cheat sheets for devs, and monthly events.
What are you waiting for? Follow button is here ⤴️. Or newsletter⤵️