Back in 2014, Google added Android app support on Chrome OS — the company’s light-weight operating system for more traditional computing form factors. Thanks to the Android app support, Chrome OS-powered machines weren’t just limited to web-based applications and users could enjoy their favorite Android applications on a larger device with keyboard and mouse support. Late last year, Chrome OS 80 was rolled out in the Dev channel and it added support for sideloading Android apps without Developer Mode. Now, Google is rolling out more new features in Chrome OS 80 as it hits the beta channel.

As reported by Android Police, Chrome OS 80 includes two more features ported over from Android — gesture navigation and multiple quick settings pages. In case you’re on the Chome OS beta channel, you can use the new gestures by enabling the modular shelf flag for Chrome. For those of you who already had this enabled in Chrome OS 79, the feature will disable itself following the update and you’ll have to turn it on again.

As seen in the video above, the gestures work quite a bit like the ones Google released with Android 10 and allow you to swipe up to go back to home, swipe from the sides to go back, and swipe up and hold to open the overview screen. However, the back gesture on Chrome OS only works on the left edge of the display. There’s an additional gesture that can be used to show the app dock and it requires users to swipe up a short distance quickly from the bottom of the screen. As of now, the old pull down from the top to go back to home gesture still works but we can’t be sure if it will be available when the update lands on the stable channel. 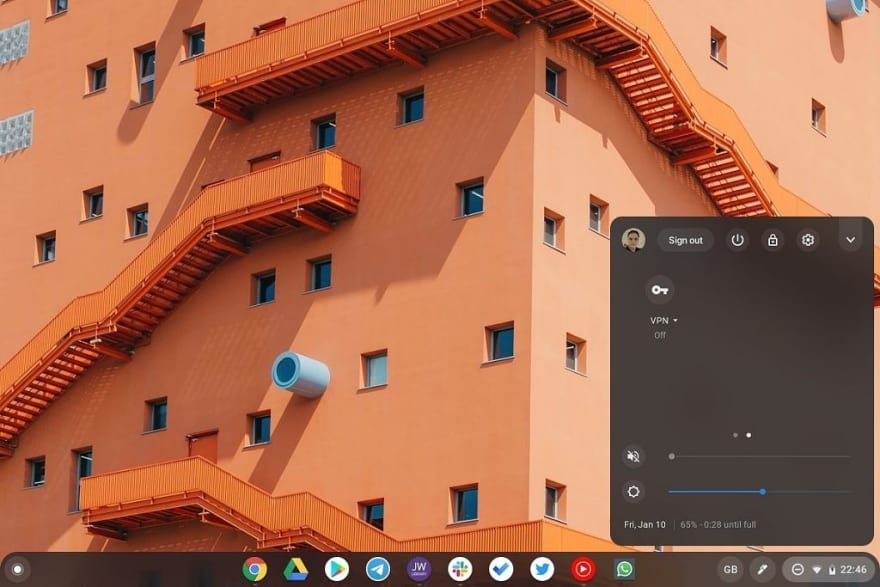 Along with the new navigation gestures, the Chrome OS 80 beta release also adds multiple quick settings pages to the platform. Unlike Android, however, you can’t change the order of the tiles or add custom tiles in quick settings. It’s worth noting that both these new features are currently a work in progress and Google might make some further changes before the build hits the stable channel.

Once suspended, xda will not be able to comment or publish posts until their suspension is removed.

Once unsuspended, xda will be able to comment and publish posts again.

Once unpublished, all posts by xda will become hidden and only accessible to themselves.

If xda is not suspended, they can still re-publish their posts from their dashboard.

Once unpublished, this post will become invisible to the public and only accessible to Dave Drager.