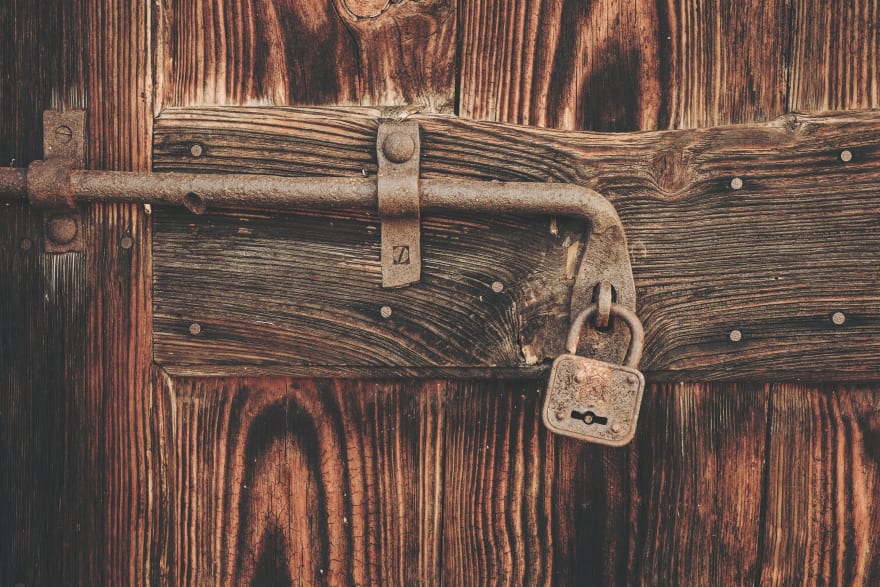 It was really a hard concept to understand and it took me a while to comprehend what closures are. So here is my understanding of what it is with diagrams and code snippets for better visualisation

Here we have a simple function called add1.

Since we have a function declaration and that function is called in the console.log. The execution context will be as follows:

Calling the add1 function will create add1 execution context and it will be as follows:

So in overall x is 1 and y is 3. Returning 4. After each EC is executed, it is then popped off the stack one by one. 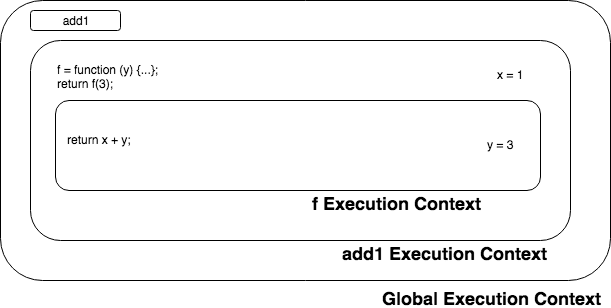 Phew.. That was alot. Hopefully you are able to grasp the execution context and scoping. So now we are ready to move on to something a bit more complicated that is related to closures. Here is the code snippet

This example is different from the first one where we are now returning a reference to the function and not the value. Then we are calling the function outside the scope of the function add when g(3) is called. Probably this part might be hard to grasp.

Followed by the add execution context

Now comes the interesting part. Once the add execution context finish executing, it will be popped off the stack

Next will be the g(3) execution context. Remember that the variable g contains the function f since that is the function that was returned in add function.

Well if we look around, we won't be able to find x. But we remember that x was set to 1 in another execution context that was created, executed and popped off.

So in Javascript, if a function is created inside another function like g. So g will keep a reference to variables that were in the scope of the enclosing function in our case add. So meaning g still has got access to the memory of execution context of add and that includes the variable x.

Our function g can still climb up the scope chain and find x although it's not in the execution stack anymore.

Let's take a look at the scope chain for this 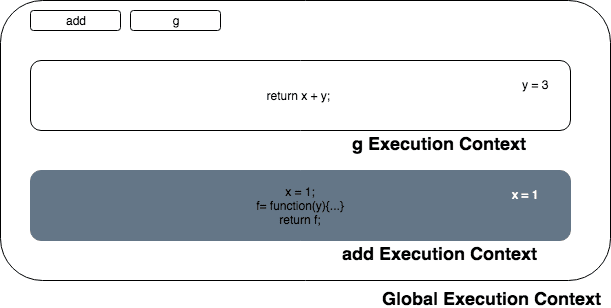 After line var g = add(); finishes, the add execution context gets popped off the stack.(It's shaded for this reason)

Hopefully you were able to get some idea on what a closure is from this article. If you're still confused, please do read the following reference.

Once suspended, yaminmhd will not be able to comment or publish posts until their suspension is removed.

Once unsuspended, yaminmhd will be able to comment and publish posts again.

Once unpublished, all posts by yaminmhd will become hidden and only accessible to themselves.

If yaminmhd is not suspended, they can still re-publish their posts from their dashboard.

Once unpublished, this post will become invisible to the public and only accessible to Yamin.

Thanks for keeping DEV Community 👩‍💻👨‍💻 safe. Here is what you can do to flag yaminmhd:

Unflagging yaminmhd will restore default visibility to their posts.