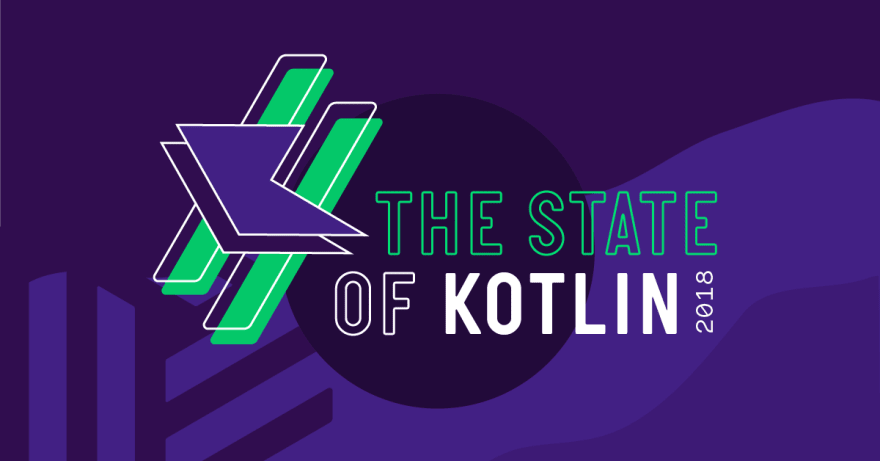 At the beginning of the year we ran a survey on the State of Kotlin, asking developers for their thoughts, opinions, and experiences, about the language, its ecosystem and how they learnt it. We’ve had a phenomenal response from over 2.5K Kotliners from all over the world (super impressive, given our initial hopes were to get only 1,000 responses!).

But why did we do it?

Firstly, we love Kotlin at Pusher, where we provide realtime APIs for application developers wanting to build collaboration and communication features into their apps. All of our new Android SDKs since 2017 have been built in Kotlin.

We also know that Kotlin the language is universally loved among developers, and it makes most of them very happy. Lastly, we think surveys are both helfpul and fun, so we decided to create one for the Kotlin community. Something peeps can use to convince their friends and coworkers to jump into Kotlin and join the fun.

Some of the things we found out… 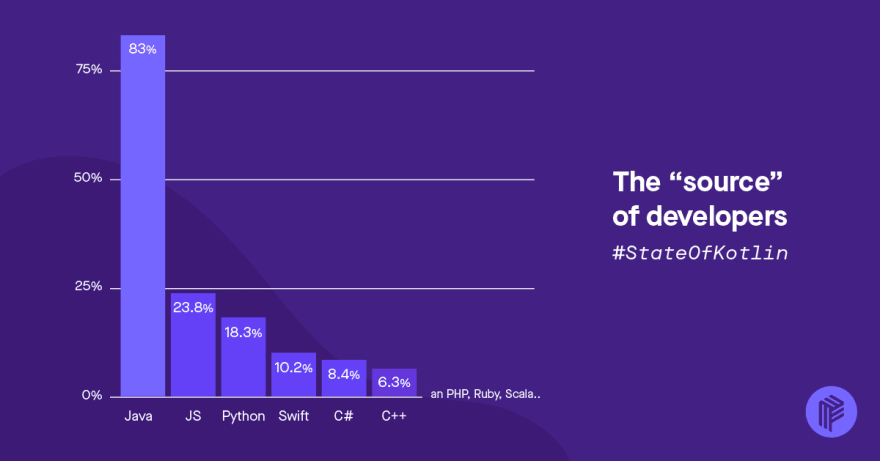 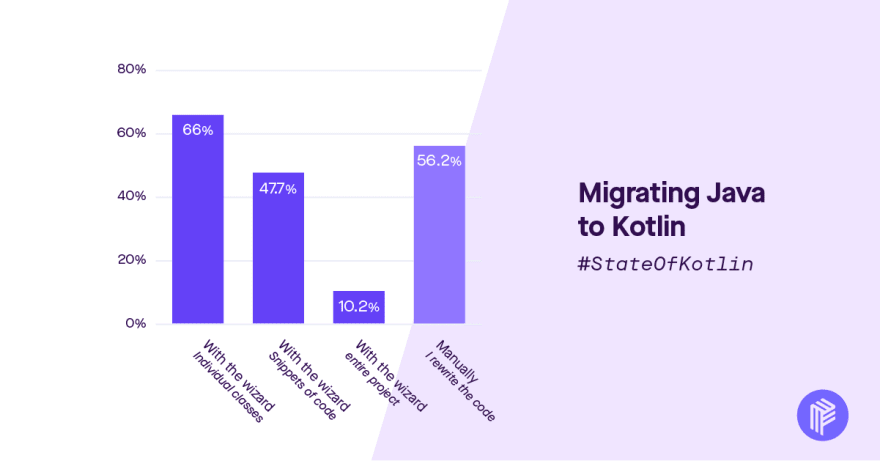 Read how successful they were in their migrations, and much more in the report.

All in all, Kotlin is going strong, and it seems that it will continue to grow, and so will its ecosystem.

We predict that over time, more and more of that growth will come from new developers for whom Kotlin will be their first foray into programming, and it just might happen that they will judge every other language against Kotlin. Its features and flexibility allow for great productivity and that could greatly influence the development of other programming languages as well.

If this sounds interesting to you, surf 🏄‍♀️ on to pusher.com/state-of-kotlin to check out the report, see some shiny graphs 📊, and be merry.

Developer Advocate at DataRobot. I love helping developers around the world learn about the wonders of ML, yelling at computers, craft beer, and the Oxford comma.

Which useful libraries for writing code on Kotlin do you know?

Trending on DEV
Don't worry about HOW long it takes you to become a programmer!
#webdev #career #javascript #codenewbie
State of Rust Web Frameworks (Server, DB)
#rust #webdev #discuss
How does deployment work at your organization?
#discuss #devops #sre
New things you've started since the outbreak
#watercooler #discuss
Are newer developers pushed too exclusively towards web development?
#discuss #career #healthydebate
If you've been laid off recently, I'd like to offer free portfolio/resume reviews/mock interviews
#webdev #javascript #career
Are you coding more in your spare time due to COVID—19?
#discuss #watercooler
Why did you Decide to Learn Programming?
#discuss #webdev #beginners #codenewbie