I recently launched a survey exploring the State of Kotlin ecosystem, and the way developers around the 🌍 are picking it up. It’s one of the first projects I kicked off working as a developer evangelist at Pusher.
I invite you to help me in making it the greatest Kotlin survey ever!

Kotlin was created by JetBrains in 2011 to use in their IDEs and tooling. It quickly captured hearts and minds of developers in the Java and Android ecosystems, for its modern approach, and easy interoperability with Java. Since May 2017, it’s also officially been supported by Google for Android development.

Why we're doing this

My inspiration was the State of JS, a brilliant resource for analysing the most popular features and tools in the JavaScript ecosystem. I was driven to do this survey by sheer curiosity, and wanting to give something back to the community.

We use Kotlin for all our new Android SDK development at Pusher - including Push Notifications, and Chatkit.
The Kotlin developer community is awesome 💯in providing valuable insight and forging best practices.

My plan is to release the results of the survey in a few weeks’ time - most likely in March. My hope for this survey is that it will help drive adoption in organisations and teams that are still undecided on whether to use it. 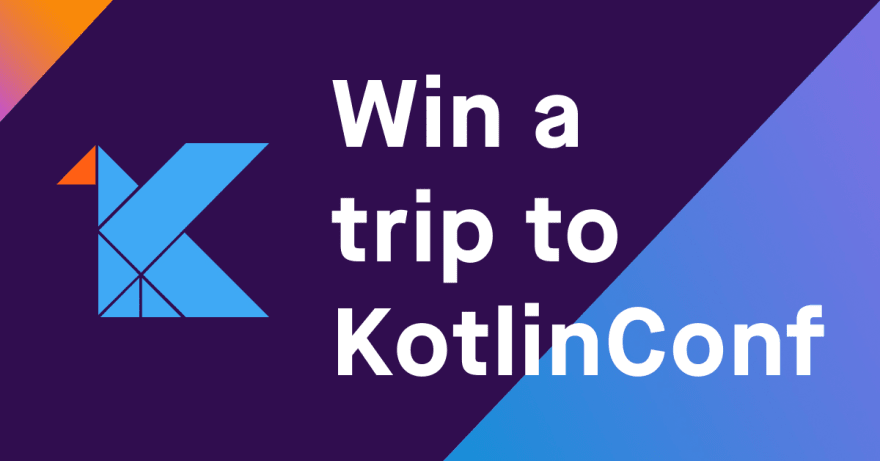 We are also running a prize draw for the survey responders - a trip to KotlinConf organised by JetBrains (the brains behind the language) - in Amsterdam between 3 - 5 October 2018.

The prize includes a 🎟 conference ticket, ✈️ flights, and 🏨 accommodation in Amsterdam for the duration of the conference.

If you’re interested in Kotlin and invested in the community I invite you to enter the survey by following this link.
The survey will be open until 10 March 2018.

Zan Markan
I love helping developers around the world learn about the wonders of ML, yelling at computers, craft beer, and the Oxford comma. All opinions mine and mine alone. He/Him.
Continuous integration for Android projects
#circleci #android #cicd
Building Kotlin Multiplatform projects in a CI/CD pipeline
#cicd #kotlin #mobile #circleci
State of Kotlin report 2018 has landed!
#kotlin #report

Once suspended, zmarkan will not be able to comment or publish posts until their suspension is removed.

Once unsuspended, zmarkan will be able to comment and publish posts again.

Once unpublished, all posts by zmarkan will become hidden and only accessible to themselves.

If zmarkan is not suspended, they can still re-publish their posts from their dashboard.

Once unpublished, this post will become invisible to the public and only accessible to Zan Markan.

Thanks for keeping DEV Community 👩‍💻👨‍💻 safe. Here is what you can do to flag zmarkan:

Unflagging zmarkan will restore default visibility to their posts.