Ever noticed how fast a single web page loads? How is it possible for a web page whose web-servers might be miles and miles away from your machine loads almost instantaneously? It makes you think: are our machines directly connected to our favorite website's servers? The answer is no, they are not.

When you are on the internet, requests sent from your machine don't reach the destination computer in a single jump or a hop. However, it follows a unique route through strategically and physically interconnected computer networks around the world called The Internet Backbone in order to help you receive and transmit requests and information.

If you navigate to Submarine Cable Map, you'll be able to view the locations of these networks, and how they are interconnected.

Another way to look at it is the Opte Project's visual representation of the internet. One of its visualizations is the following image which portrays a portion of the internet in 2005 in which each line is connected between nodes that represent two different IP addresses. How awesome is that 😮. 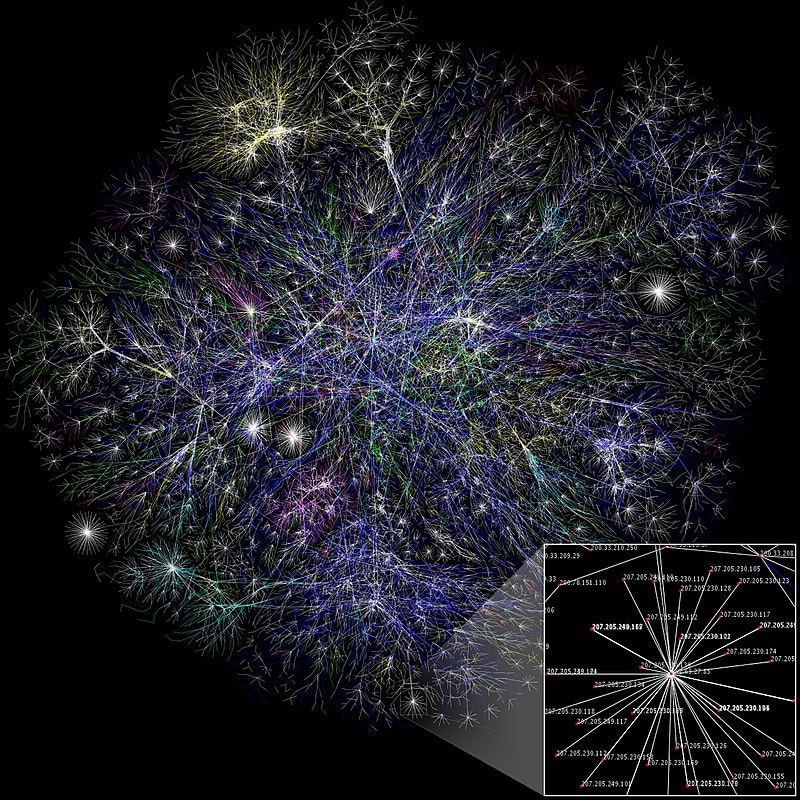 Sometimes you may wanna know what that route is, and that's where traceroute steps in.

Traceroute is a procedure that enables you to precisely figure out how data transmission travels from one machine to another. Basically, it compiles a list of the computers on the network that are involved with an internet activity and identifies each computer or a server on that list and the time data took to get from one machine to another. If any interruption happens in the transfer of data, the traceroute shows you where the problem occurred along the chain.

In order to perform a traceroute, open up your terminal and write down the following command: 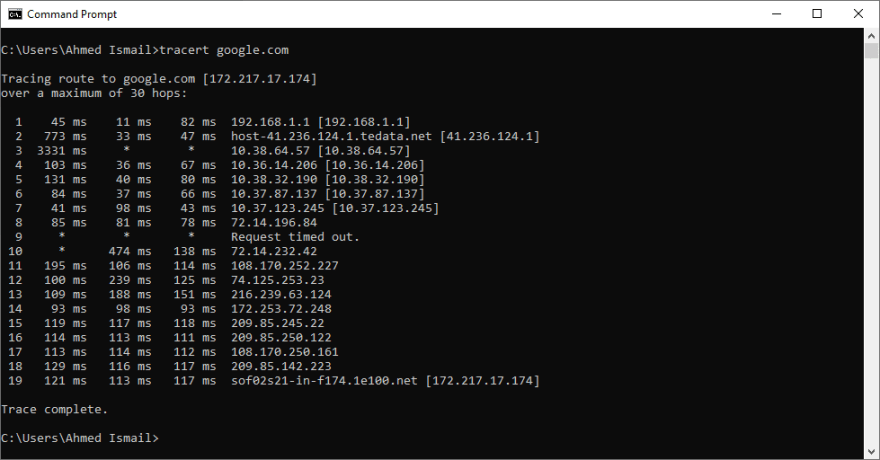 We got that google's IP address is 172.217.17.174, so were we to enter that IP address in the browser's address bar and hit go, we should redirected to Google.com web page.

Traceroute is always a practical way if you're finding difficulty accessing a particular website. It helps in finding out where the problem is occurring in the network.

The icon used in the cover image is licensed under icons8 Free License.

Once suspended, ahmedsomaa will not be able to comment or publish posts until their suspension is removed.

Once unsuspended, ahmedsomaa will be able to comment and publish posts again.

Once unpublished, all posts by ahmedsomaa will become hidden and only accessible to themselves.

If ahmedsomaa is not suspended, they can still re-publish their posts from their dashboard.

Once unpublished, this post will become invisible to the public and only accessible to Ahmed Somaa.

Thanks for keeping DEV Community 👩‍💻👨‍💻 safe. Here is what you can do to flag ahmedsomaa:

Unflagging ahmedsomaa will restore default visibility to their posts.