As mentioned earlier, a javascript code is executed in two phases, first is memory allocation phase and second is code execution phase.

So we are going to look into both phases step by step. Let's take an example:

In this phase, the code will be parsed line by line, allocating memory. In first line when function incre is encountered the whole function snippet is saved in the memory. Next var i is stored with a value undefined. Same happens for both first and second.

Once this is done, the next part of the execution is started. 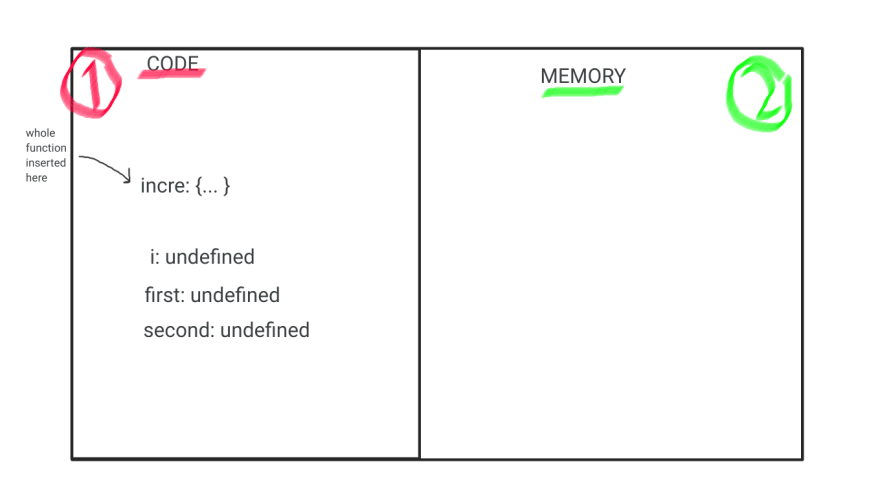 The program is executed, starting from the first line. As in the above example, it moves to executable code, moving forward from function definition. As soon as it finds var i, it changes it's value to 0, as indicated.

Next it goes to var first where there is function invocation. This is where things get interesting.

So, it goes the func incre and executes it line by line, in a similar fashion (Two phases). First the memory is allocated and then the code is executed. In the function invocation by first, it first allocates ans memory and a value undefined. Then, it is executed and value k+1 is put. As soon as the return statement is encountered the execution context for this invocation is popped out of the stack.

We do the same thing with invocation 2 in second. 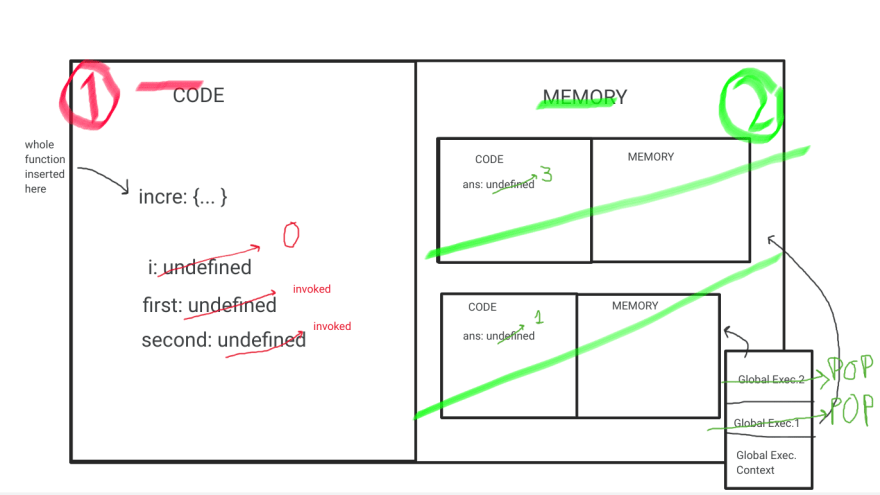 At the end, even the global execution context is popped, hence indication the complete execution of js code.

Once suspended, aishanipach will not be able to comment or publish posts until their suspension is removed.

Once unsuspended, aishanipach will be able to comment and publish posts again.

Once unpublished, all posts by aishanipach will become hidden and only accessible to themselves.

If aishanipach is not suspended, they can still re-publish their posts from their dashboard.

Once unpublished, this post will become invisible to the public and only accessible to Aishanii.

Thanks for keeping DEV Community safe. Here is what you can do to flag aishanipach:

Unflagging aishanipach will restore default visibility to their posts.