Impostor syndrome (also spelled imposter syndrome, also known as impostor phenomenon or fraud syndrome) is a term coined in 1978 by clinical psychologists Dr. Pauline R. Clance and Suzanne A. Imes referring to high-achieving individuals marked by an inability to internalize their accomplishments and a persistent fear of being exposed as a "fraud". Despite external evidence of their competence, those exhibiting the syndrome remain convinced that they are frauds and do not deserve the success they have achieved. Proof of success is dismissed as luck, timing, or as a result of deceiving others into thinking they are more intelligent and competent than they believe themselves to be. Some studies suggest that impostor syndrome is particularly common among high-achieving women, while others indicate that men and women are equally affected.

Experiencing imposter syndrome can be one of the most stressful and frustrating parts of being a professional programmer. This career requires a variety of skills and no obvious path to learning them. It is easy to be aware of your own deficiencies while feeling like other people just know everything. Even as we develop more experience and confidence, the feeling can persist. As programmers become more experienced, they take on new tasks and opportunities which means it is really difficult to outpace feelings of inadequacy.

It is easy to tell people they should try to become more comfortable being honest and asking questions, but it is not that easy. If you want people to think of you as a good programmer, and therefore pay you more money, you cannot go around asking "dumb questions" all the time no matter how much people would assure you they are not judging you. That's just the reality of the situation.

Some amount of imposter syndrome is healthy. At various points in your career, you really do have a lot to learn. In my own experience, imposter syndrome often hits hardest when you become more aware of the shaky grounds you are inherently standing on as a programmer, dealing with totally abstract concepts and metaphors. As we have our minds opened to complex ideas, patterns and issues we were previously blissfully unaware of, it can be easy to get overwhelmed. Programmers do not often open up about how difficult the complexity can be and we therefore feel like everybody else just gets it.

What can Phrenology teach us about these feelings? 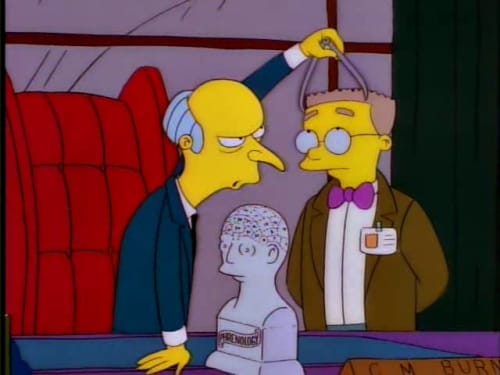 Phrenology is a pseudomedicine primarily focused on measurements of the human skull, based on the concept that the brain is the organ of the mind, and that certain brain areas have localized, specific functions or modules. Although both of those ideas have a basis in reality, phrenology extrapolated beyond empirical knowledge in a way that departed from science. Developed by German physician Franz Joseph Gall in 1796, the discipline was very popular in the 19th century, especially from about 1810 until 1840. The principal British centre for phrenology was Edinburgh, where the Edinburgh Phrenological Society was established in 1820.


Although now regarded as an obsolete amalgamation of primitive neuroanatomy with moral philosophy, phrenological thinking was influential in 19th-century psychiatry. Gall's assumption that character, thoughts, and emotions are located in specific parts of the brain is considered an important historical advance toward neuropsychology.

So if phrenology has been dismissed as "obsolete" or "primitive", what can it teach us?

Well, nothing, as far as I can tell.

Sorry for wasting your time. I guess you'll have to keep suffering for now. It will get better over time so hang in there and don't lose patience.

Trending on DEV
New things you've started since the outbreak
#watercooler #discuss
Why Writing Blog Posts Sucks (and doesn't suck!)
#productivity #learning #codenewbie
April 3, 2020: What did you learn this week?
#weeklylearn #discuss #weeklyretro
What's something you did this week that you're proud of?
#discuss #productivity #codenewbie
I GOT THE JOB: 3 Tips On How You Can Get Your Dream Job
#career #beginners #webdev #motivation
Why and how I built a platform to help developers find remote jobs.
#showdev #remote #career #webdev
A productive web developer needs a buddy in his browser (Chrome Extension)
#webdev #javascript #productivity #beginners
Tabs v. Spaces: Let’s decide this
#watercooler #discuss #style