Recently, when I was waiting for my nephew at school, I was looking at the advertisements around not to get too bored. To my surprise there were as many advertisements about lessons of programming as about some sport classes. They all aimed at the youngest children - the first grades of primary school. I was sitting there and wondering how it is possible to teach children how to write a code in any programming language when they cannot write in Polish yet. Hey, they can barely read! 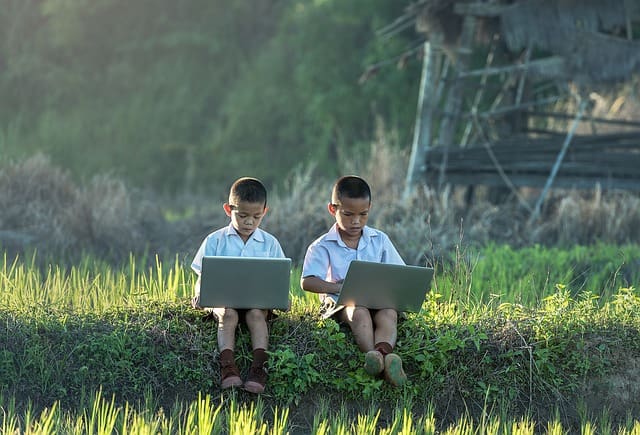 When I read the notice more carefully, it turned out that programming for the youngest children is mostly about logical thinking, cause-effect concepts and problems solving. These might be reckoned as the basics of programming as well as the basics of mathematics actually. And it was the moment when I realized that I had also started learning programming early in the primary school!

First thing I would like to mention is a contest you might know as it is worldwide. And if you are Polish I’m pretty sure you once took part in it or at least have heard about it. Some of you maybe event won some prize :) Kangourou contest held by Kangourou sans Frontières association aimed at promoting mathematics among young people. The key competence tested by it is logical combination, not just pure knowledge of formulas. The basics of programming, right?

Taking part in such a contest is a great opportunity for a child to practice before acquiring all the mentioned skills. You might find the exercises from the previous years in the Internet as well as in the bookshops published as regular books. I just hope this competition is still such fun as it was years ago when I took part in it.

Another thing I would like to tell you about is a Polish book Lilavati by Szczepan Jeleński. This is a set of various types of math problems, exercises, anecdotes and curiosities to encourage children and teenagers to learn mathematics, eventually even mesmerise them with it. Unfortunately, it is probably not that widely known as Kangourou as there is no translation of it (at least I haven’t found any).

If you are curious about that strange title of the book, it is explained in the foreword:
Lilavati - this is the name of the daughter of the famous Indian mathematician of the eleventh century [...].
Lilavati means: lovely, charming! Such was probably the Hindu girl gifted with an unusual mathematical talent; but such is primarily MATHEMATICS.

My father as a developer and maths lover himself instead of reading regular fairy tales, each evening he read us one story from Lilavati. Together with my sister we tried to solve it. Believe it or not, these is one of my favourite memories - those little brainstorms and discussions.

The book Lilavati was first published in 1926, my copy is from 1964. It is quite old and you can feel it in the paper as well as in the a bit old fashioned language. I’m a little afraid nowadays children might not appreciate the inside of this book because of the unattractive outside. Nevertheless, I can’t wait to read it to my daughter (who is now only one year old, so unfortunately a long time ahead) and really hope she will love it just as I did. After all, the book is just a tool and what really matters is the time spent together.

Don't worry about HOW long it takes you to become a programmer!

30+ websites to bookmark for your next dev/tech job 💼

Is Your Team Wrong About Your Codebase? Prove It. Visually.