The Lombok Project is a java library that helps a developer generate boilerplate code like "getter" and "setter" methods for Plain Old Java Objects (POJOs). By simply adding the Lombok library to your IDE and build path, the Lombok library will autogenerate the Java bytecode, as per the annotations, into the .class files.

This post will focus on how to make use of the @Getter and @Setter annotations on the top off a class to generate the mutator and accessor methods of a class.

The following list defines the technologies and libraries I used to implement the sample code:

This will form part of a multi-part series on how to use the Lombok java library to auto generate the getter and setter methods for Java classes.

In Java, a mutator method is a method used to control changes to a variable within a Java class. They are also widely known as setter methods. Often a setter is accompanied by a getter (also known as an accessor), which returns the value of the private member variable.

There are many opinions about the use of Getter and Setter methods, and when to use them correctly, but this will not be discussed in this post. Let's assume that you have correctly applied OO principles to the design of your Java class and require the getter and setter methods.

If a Java class contains a large number of members attributes, it will contain a large number of boilerplate code like the getter and setter methods, and hence the use of the Lombok library makes it much easier to generate the code. This means less errors can occur when writing the code yourself, and the class is easier to read and understand.

The @Getter and/or @Setter annotation can be placed on the class declaration. This is similar as if you annotate all the non-static fields in that class with the annotations.

The following example illustrates how to add the @Getter and/or @Setter annotation to the top of the class. 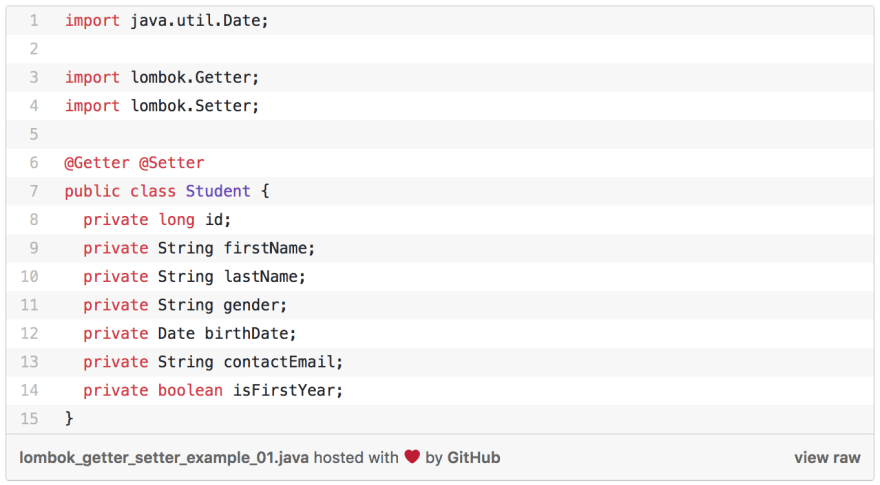 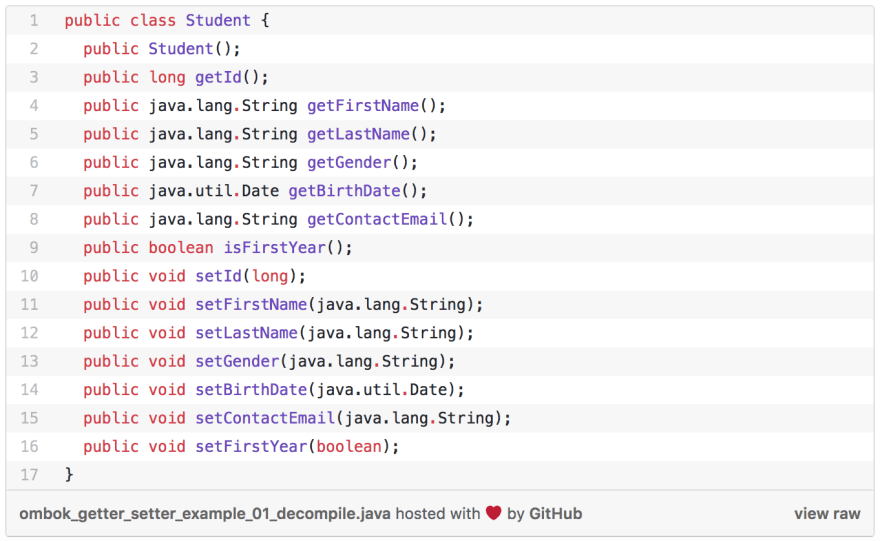 Congratulations !!! You have successfully generated Getter and Setter methods for a Java class by making use of the Lombok java library. Please lookout for more examples on how to make use of Project Lombok to simplify your Java coding experience.