Managing Form State in React is hard. ReduxForm brought a really easy way to manage the state of the Form inputs inside redux store. Everything was fine. And it was the most popular Form Library for React apps.

But that was not perfect. The main bottleneck was the Performance!

*** Some of you might say now, we could use Memoization to fix that problem. Yes, you are right! But let's be honest, most of us don't have the time to develop a proper Memoized data flow through all the Components.

There are a huge number of react apps in the world where redux-form is still used.
But the creator of ReduxForm, Eric is slowly killing the Library. There is not enough development(nearly none).
We can see the graph below - 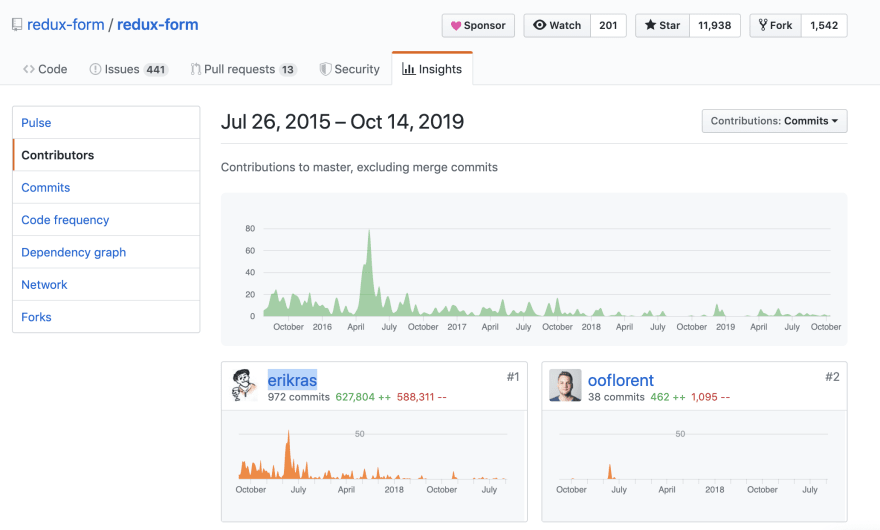 Eric has been developing a new React form Library named react-final-form and they are actively developing it. 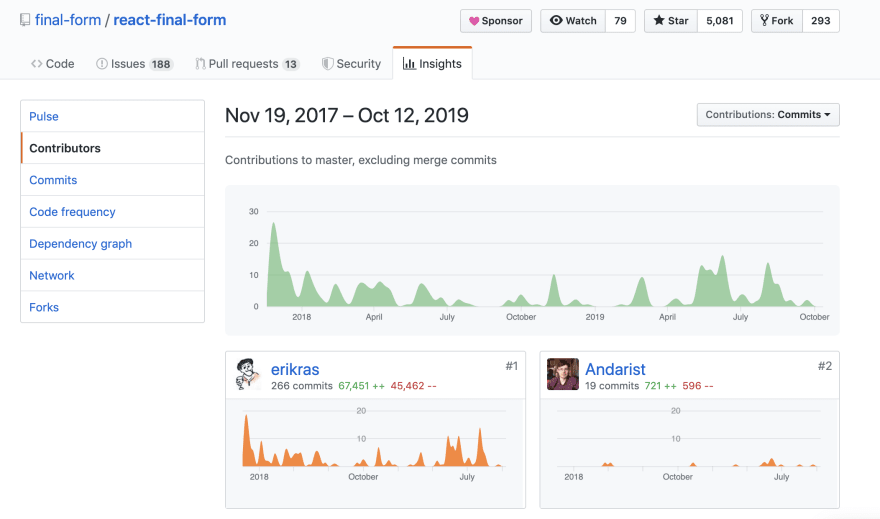 And even, He is proposing Migration guideline for migrating from redux-form to react-final-form

My sorry, better than nothing, attempt this morning at a migration guide from @ReduxForm to @finalformjs. It was designed to be so easy as to barely need a guide.

Please RT or send it to others who may be on the fence about migrating.

Also, there is one 👉 official migration doc

If you have redux-form already in your projects, then it's probably better to use react-final-form as the migration is easier and both are developed by the same person(team) so they kept in mind that existing apps would migrate to the new one.

react-final-form is also lot smaller in size which is cool!

There is another awesome Library for Forms, is called Formik. You can have a look and decide what suits better for you. 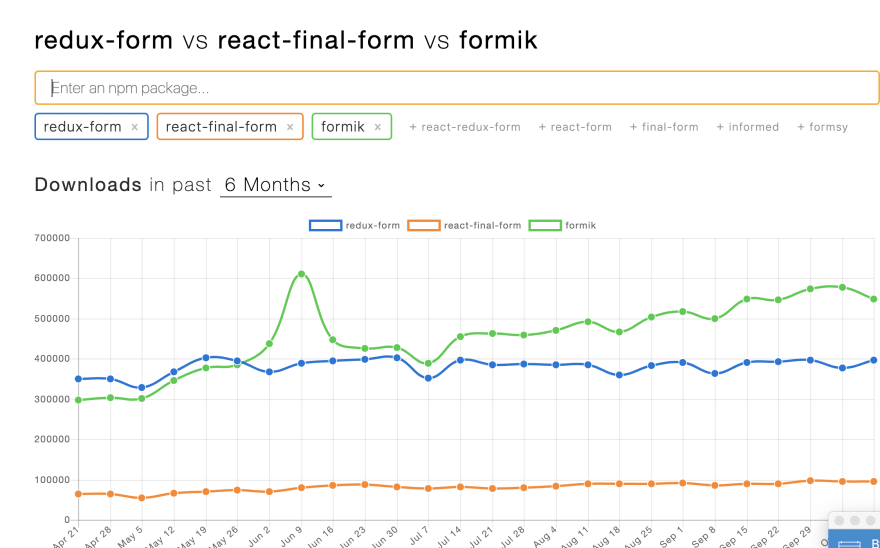 I will write separate articles for react-final-form and formik.

As I am trying to contribute contents on the Web, you can buy me a coffee for my hours spent on all of these ❤️😊🌸

Once suspended, destro_mas will not be able to comment or publish posts until their suspension is removed.

Once unsuspended, destro_mas will be able to comment and publish posts again.

Once unpublished, all posts by destro_mas will become hidden and only accessible to themselves.

If destro_mas is not suspended, they can still re-publish their posts from their dashboard.

Once unpublished, this post will become invisible to the public and only accessible to Shahjada Talukdar.

Thanks for keeping DEV Community 👩‍💻👨‍💻 safe. Here is what you can do to flag destro_mas:

Unflagging destro_mas will restore default visibility to their posts.