Here at Developer Economics we publish our regular newsletter to our community of subscribers. It's packed full of resources, news, humour and events, and in each edition we give our readers a chance to rate it's quality and make suggestions for future editions. Our audiences voice is very important to us.

Here's a preview of latest edition. 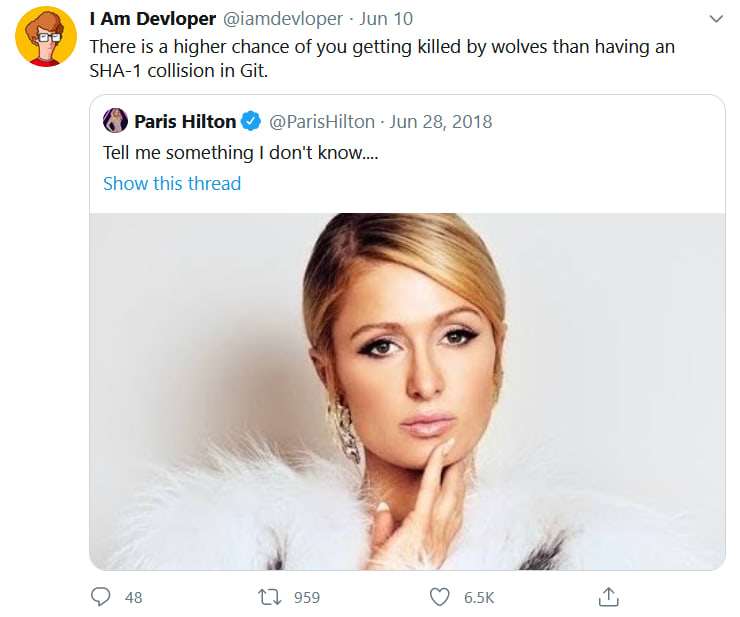 To log, or not to log — an alternative strategy to make loggers your friends. We rely so much on logging to develop, maintain, and keep our programs up and running. However, not much attention has been paid to how to design logging within our systems. [FREECODECAMP]

Junior vs senior code - how to write better code. In this video Kyle looks at two different code examples from a beginner, intermediate, and advanced level. The goal of this is to show you how a senior developer will think while programming and how they will structure their code to be as clean and well-written as possible. [WEBDEVSIMPLIFIED]

Best practices for managing and storing secrets including API keys and other credentials. A list and cheatsheet of some of the best practices to help keep secrets and credentials safe. [GITGUARDIAN]

JavaScript creator Eich: My take on 20 years of the world's top programming language. A newly published paper by Brendan Eich, CEO of Chromium-based browser Brave and the key designer of JavaScript, looks back at two decades of the definitive programming language for the web, browsers and, increasingly, native mobile and desktop apps. [ZDNET]

33 Most popular JS repositories on GitHub in May 2020. In this article, Iren has tried to pick only the most interesting and useful. [THENEXTIO]

GitRelevant. A super simple search tool that returns the most popular repos ordered by star count AND lets you filter it by the last N days. [GITRELEVANT]

Microsoft VS Code turns 5: How GitHub, open source, Google made it a hit, reveals creator. Microsoft has posted an interview from this year's online Build conference with VS Code's creator, Erich Gamma, a technical fellow at Microsoft since it nabbed him from IBM in 2011 to work on what would become VS Code. [ZDNET]

Got a strong opinion? Tell us in the survey!

What are your favourite programming languages? Which tools are you thrilled to work with and which ones you'd rather not use again? We want to know! Take Q2 2020 Developer Economics survey and share your preferences. Why? Your input will help us draw key insights for the next State of the Developer Nation - our most popular report among developers! Plus, you may win one out of $15,000 worth of prizes like an iPhone 11, JetBrains All Product License, and more. Let's not forget, there's also a $1,000 reward if you take the survey and then refer other developers to join! Open until August 10th. Start Now!

State of the Developer Nation 18th Edition - Q4 2019 - The report focuses on *six major themes * - each with its own visualisations, showing how the data lends insight into the developer community.

Wordpress bumps minimum PHP recommendation to 7.2. Late last week WordPress made major progress towards the goal of getting users to adopt newer versions of PHP. The ServeHappy API has been updated to set the minimum acceptable PHP version to 7.2, while the WordPress downloads page recommends 7.3 or newer. [WPTAVERN]

Announcing .NET 5.0 Preview 5. Microsoft has released .NET 5.0 Preview 5. It contains a small set of new features and performance improvements. The .NET 5.0 Preview 4 post covers what they are planning to deliver with .NET 5.0. Most of the features are now in the product, but many are not yet in their final state. They expect that the release will be very close to feature-complete by Preview 7. [DEVBLOGS.MICROSOFT]

Google is launching a way to buy Android app subscriptions outside of the app itself. Alongside the Android 11 beta news and updates to Android developer tools, Google has quietly rolled out a significant change in how Android app developers can market their subscriptions on the Google Play Store. The company confirmed a select set of developers are testing a new feature that allows consumers to purchase an app's subscription outside of the app itself. [TECHCRUNCH]

Apple is facing rage and insurrection from developers over the commission it charges apps on the App Store. Though apps can be hosted on the App Store for free, Apple charges a commission of 15% to 30% on certain purchases made in the app. If, for example, you buy a premium Spotify subscription through Spotify's iOS app, Apple takes a 30% cut. The same fee applies to other digital-content purchases, such as virtual items or e-books. This week, a buzzy new subscription email service called Hey said Apple was trying to strong-arm it into integrating in-app purchases so it could get this commission. [BUSINESSINSIDER]

Adobe to end Flash Player support on December 31; prompts users to uninstall it by the end of 2020. "Open standards such as HTML5, WebGL, and WebAssembly have continually matured over the years and serve as viable alternatives for Flash content. Also, the major browser vendors are integrating these open standards into their browsers and deprecating most other plug-ins (like Adobe Flash Player)" the company said in a blog post while explaining the reason behind ending the support for Flash Player. [TIMESNOWNEWS]

Bootstrap 5.0 alpha now available. The Bootstrap team has released an alpha of Bootstrap 5. Two significant changes in Bootstrap 5 are that it no longer depends on jQuery and support for Internet Explorer is gone. Other improvements intended for the 5.0 release include a new API, changes to the grid system, and improved documentation. [SDTIMES]

Uber open-sources tool to automatically clean up stale code. Uber has open-sourced Piranha, their tool for automated clean up of stale code caused by feature flags that are no longer required. Piranha can be run within a pipeline to continually look for stale code to be removed. Currently Piranha supports Java, Swift, and Objective-C. [INFOQ]

Machine-learning clusters in Azure hijacked to mine cryptocurrency. The infected clusters were running Kubeflow, an open source framework for machine-learning applications in Kubernetes, which is itself an open source platform for deploying scalable applications across large numbers of computers. Microsoft said compromised clusters it discovered numbered in the "tens." [ARSTECHNICA]

CIAs lax security led to 2017 compromise of its hacking tools. An internal CIA report found that the majority of the agency's top-secret hacking tools were improperly secured, including the use of shared administrator passwords and a lack of proper control over removable media. [DARKREADING]

A legion of bugs puts hundreds of millions of IoT devices at risk.
Israeli security firm JSOF revealed on Tuesday a collection of vulnerabilities it's calling Ripple20, a total of 19 hackable bugs it has identified in code sold by a little known Ohio-based software company called Treck, a provider of software used in internet-of-things devices. [WIRED]

Like what you see? We publish our newsletters every fortnight. Why not sign up here to receive our next newsletter.

Developer Nation
Our mission is to champion a global collective of software creators who are confident in their technology choices and feel included in the conversation about the future of the ecosystem.
Apple, Google and Microsoft join forces in huge push for passwordless FIDO logins / developer cheatsheets
#webdev #resources #mobdev
Dev resources and articles plus news from Huawei's Android alternative HarmonyOS, Mozilla launches MDN Plus, and more.
#productivity #machinelearning #news
Resources for choosing the right online course or platform, plus certifications.
#career #beginners #productivity #resources