A dummy blockchain implementation in C (I)

All the ingredients are ready, so now it is time to code the main function. As I already said, it is going to be a voting system. For that, I have created the next enum with all the parties available in the electoral system:

And a function which randomly gets a vote:

In order to create a new element are necessary three steps:

It is common to call the first block in a blockchain as genesis. As there is no previous block, we set the previous block hash to zero.

Once the first element has been inserted, it is possible to create a loop to create as many blocks as wanted. It follows the three steps from above.

You can see the final code here. The core is the snippets showed in the post, but more auxiliary code has been added, mainly to print the linked list. 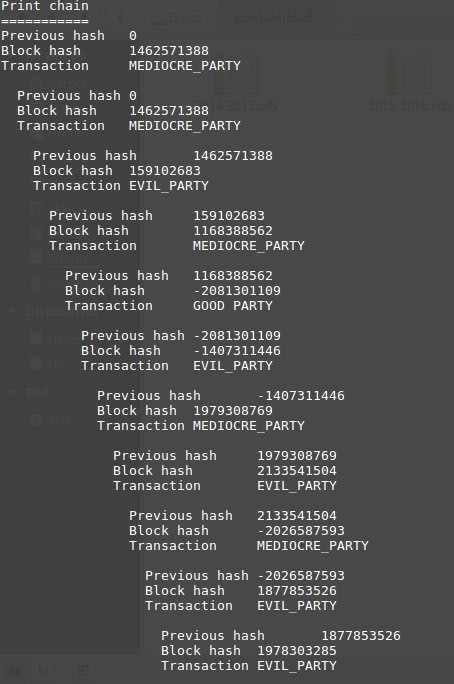 Disclaimer: This article is full of simplifications and abstractions in order to get the fundamental. Although one of the key points of blockchain is that database isn’t stored in any single location but it is shared and transactions are spreading to a P2P network of nodes, here is obviated all the network part.

A non exhaustive list of theoretical concepts behind Blockchain

What is Understandable Blockchain?