Django is one of the top frameworks for web developmeht, but why is it so popular among developers and business owners? Let’s review the reasons why so many applications and features are being developed with Django.

1. Django is simple
Django’s documentation is exemplary. It was initially launched with high-quality docs, and they are still maintained at the same level, which makes it easy to use.

More than that, one of Django’s main purposes is to simplify the development process: it covers the basics, so you can focus on the more unique and/or complex features of your project.

2. Django works on Python
The framework is based on Python — a high-level, dynamic, and interpreted programming language, well-loved by developers.

Although it’s hard to find a language that can cover most programming tasks and problems, Python is a great choice for many of them. It’s one of the most popular languages of 2018, competing with C/++ and Java. 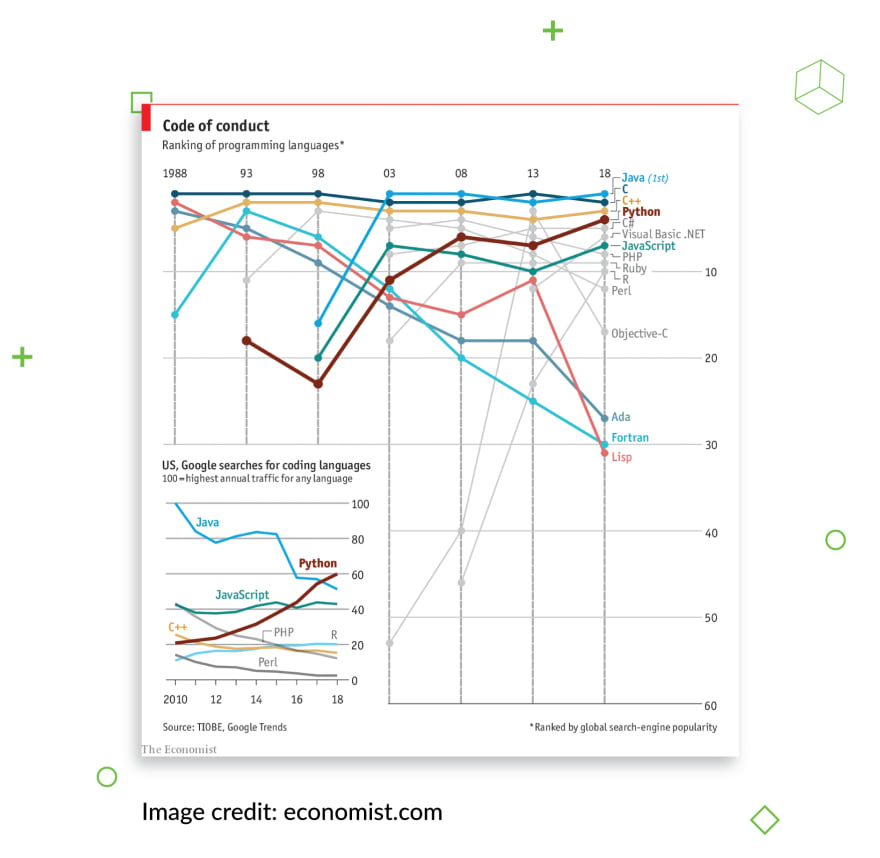 3. Django has many useful features and extras to simplify development
Django has adopted Python’s “batteries included” approach — the framework has everything necessary to develop a fully fledged application out of the box. 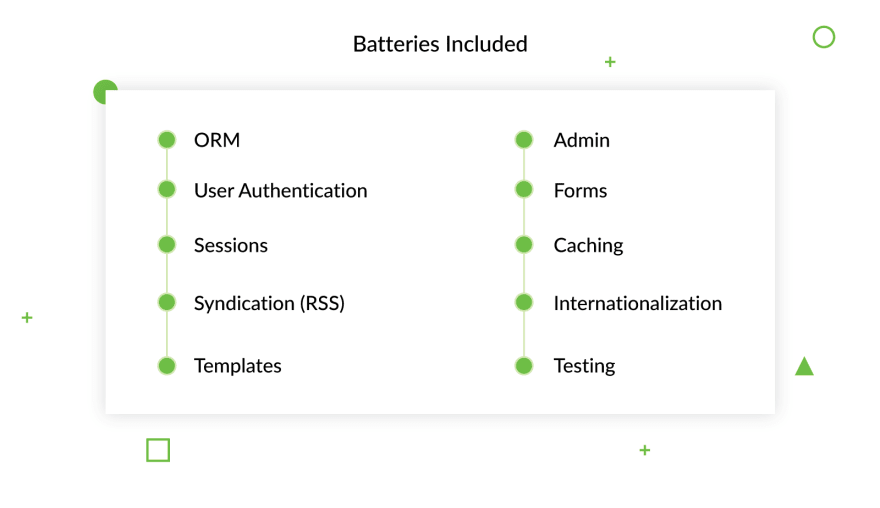 You don’t need to spend hours customizing it to build a simple application or a prototype since all of the essentials are already available. But if you need additional features for a more complex app, there are well over 4,000 packages for Django to cover profiling, testing, and debugging.

The framework also has tool packages for working with cutting-edge technology such as data analysis, AI, and machine learning. They are easy to set up and use in your project. Plus, they’re great if you’re using Django for FinTech or other math-heavy industries.

4. Django is time-effective
Is Django development good for MVPs and prototypes? Yes, thanks to multiple features that make it time- and cost-effective.

Let’s sum them up:

In addition to that, Django is:

6. Django is DRY and KISS compliant
Django follows the DRY (Don’t Repeat Yourself) principle, which means you can replace frequently repeated software patterns with abstractions, or use data normalization. This way, you avoid redundancy and bugs. Plus, reusing the code simplifies development so you can focus on coding unique features.

KISS means “Keep It Short and Simple”, among its many variations. In Django, it means simple, easy to read, and understandable code. For example, methods shouldn’t be longer than 40-50 lines.

7. Django is secure and up-to-date
Django is always kept up to a high standard, following the latest trends in website security and development. That definitely answers the question “Is Django good for web development?” — as security is a priority in any project. Django is updated regularly with security patches, and even if you’re using an older version of the framework, its security is still maintained with new patches. It’s no wonder since Django has an LTS (Long-term Support) version.

8. Django is backward-compatible
You can use the interface of Django’s older versions, and most of its features and formats. In addition, it has an understandable roadmap and descriptions — the release notes contain all the information you need to know about changes and, more importantly, when new changes become incompatible with previous releases.

9. Django is compatible with DevOps
You can also enhance your project using the DevOps methodology, which aims to shorten lifecycles while maintaining business objectives. It’s especially good if you’re using Django for banking web applications since they are quite complex.

It’s great because you can:

Read More: What is DevOps and Why You Should Have It 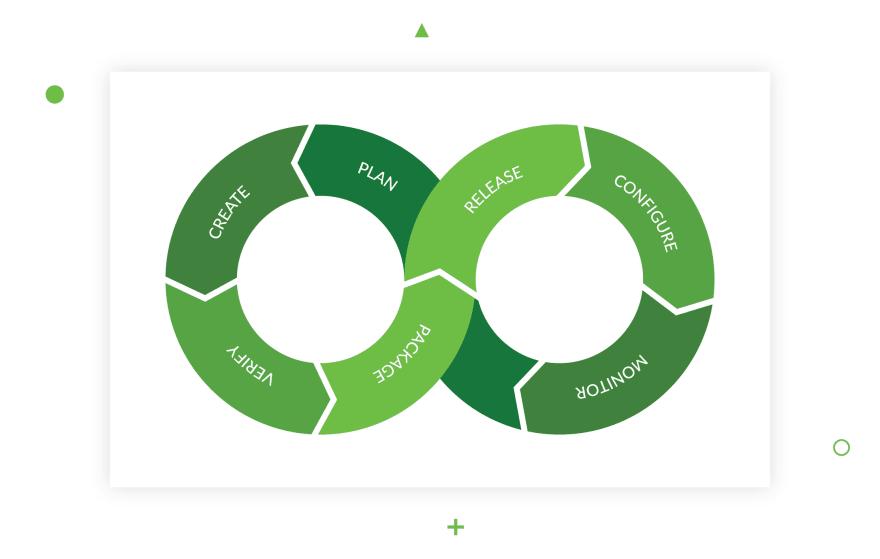 10. Django has its own infrastructure
Django doesn’t depend on any outside solutions. It has pretty much everything, from a web server and a templating engine to an Object Relational Mapper (ORM), which allows the framework to use different databases and switch between them within one project.

Plus, Django has libraries and tools for building forms to receive input from users. That’s important for any website that’s supposed to do more than just publish content.

11. Django has a REST framework for building APIs
The benefits of using Django for web development also include its Representational State Transfer (REST) framework — a popular toolkit for building web APIs. Django’s REST is powerful enough to build a ready-to-use API in just three lines of code.

One of its key advantages is that it’s extremely flexible: data is not tied to any methods or resources, so REST can return different data formats and handle multiple types of calls. As a result, it can meet the requirements of different customers. 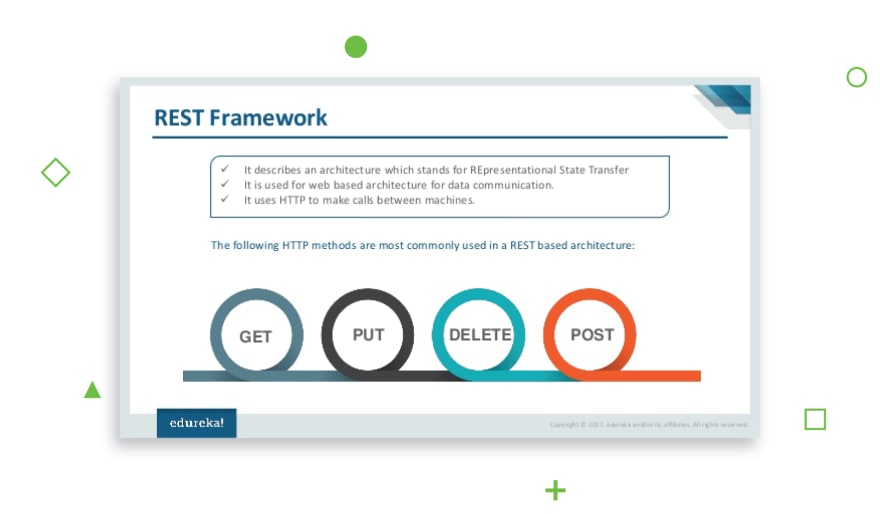 12. Django is time-tested
The Django framework has been around for more than a decade, and during that time, it has become the choice of many companies for creating their web applications.

A few of the famous examples are:

That’s a good testament to the framework’s popularity – but it also means that:

You can use Django to start a small, simple project, and continue using it when the project grows, ensuring its high quality, functionality, and security. You can also use it to test an idea and save a lot of money if you find the project won’t be worth investing in.

On the other hand, Django allows you to build a complex web application that can handle heavy traffic and huge volumes of information. It also has numerous packages with additional tools to power cutting-edge technology such as data analysis and machine learning.

Django could be the best fit for your next business idea regardless of what type of software project it is.

This article about pros of using Django for web development is originally posted on Django Stars blog.