UI created with XML is traditionally tested with Espresso and UIAutomator. However, Jetpack Compose constructs UI in differently and the usual tools can’t handle some of its specifics.

Compose Layout doesn't have IDs and tags. Instead, there's the testTag attribute in semantics that allows you to add a unique identifier to a Composable.

Different testing tools. Espresso and UIAutomator can still test a Compose Layout - searching by text, resource, etc. However, they don't have access to Composables' semantics and can't fully test them. Therefore, it's recommended to use the Jetpack Compose testing library as it can access semantics and fully test Composables on the screen.

Compose tests are synchronized by default. Moreover, they don't run in real time, but use a virtual clock so they can pass as fast as possible.

Let's assume we have a screen with a single button. 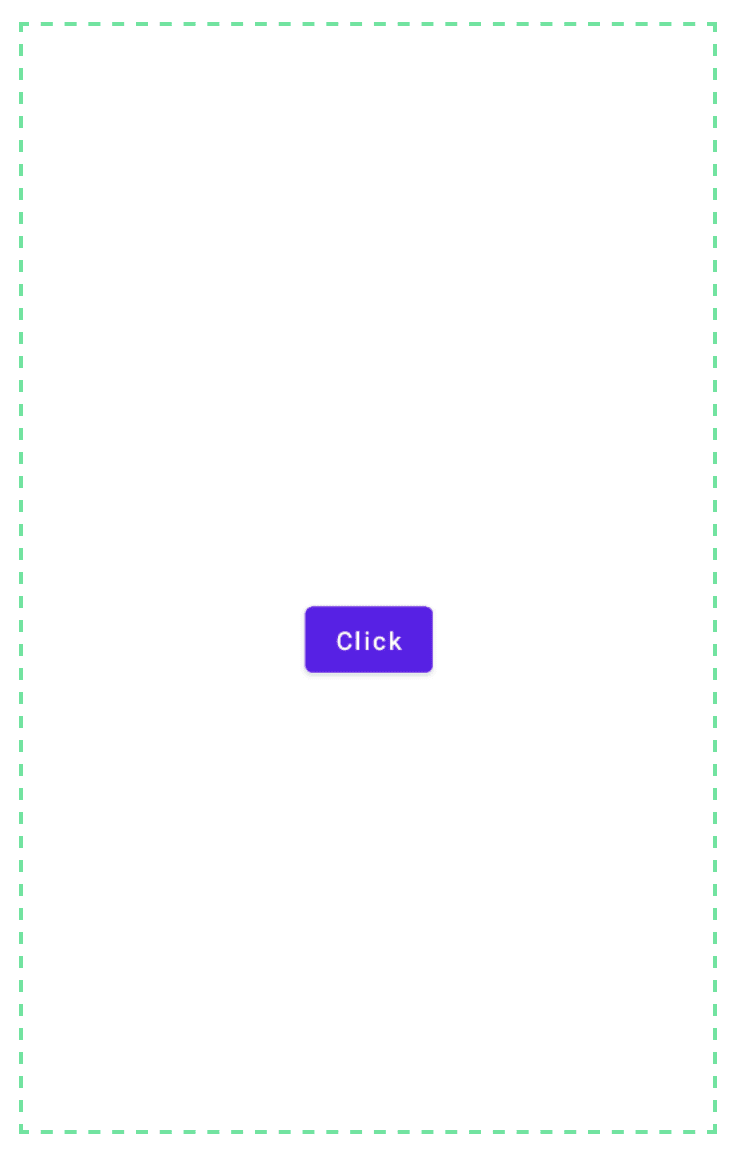 The layout for this screen:

Now we should make sure it is displayed on the screen and then click on it. How is this done?

To test the screen we first need to open a test class in the androidTest folder.
Create a testRule with createAndroidTestRule. Pass the activity class that holds the UI:

Now write a test where the button is found by its testTag. Check that it is displayed and then click on it.

In this test we have:
composeTestRule - a TestRule to test UI created with Compose
onNode - a finder
hasTestTag - a Matcher
useUnmergedTree - a parameter that controls UI tree hierarchy representation
asssertExists - an assertion
performClick - an action

Now each step in detail

composeTestRule finds the UI element by its semantics attributes such as testTag, content description, or a custom property of a Composable. It has access the entire semantics tree of the UI that is on a screen.

Finders look for the Composable with a matching criterion and return a SemanticsNodeInteraction that holds the Composable and its children if there are any.

A matcher specifies the criteria a finder uses to find the Composable. For example:

There are also hierarchical matchers and selectors.

Hierarchical matchers verify the position of the Composable in the UI tree with methods like hasParent() or hasAnyChild().

Selectors can figure out Composables around and filter them.
For example, given the following tree:

They verify that the Composable meets a specific condition.

Using generic assert(), you can provide your matcher and verify that it is satisfied for this node.

Actions simulate user events on Composable such us:

The full list of Finders, Matchers, Assertions, and Actions can be found in Jetpack Compose testing cheatsheet.

Jetpack Compose also allows testing only the layout itself instead of the entire app.
To do this use createComposeRule instead of createAndroidComposeRule.

And then set the layout Composable(MainScreen) right in the test:

It is even possible to create the UI right inside the test:

Is Composable compatible with View?

Can I use Espresso and UIAutomator to test UI created with Jetpack Compose?

It took me a good deal of time to figure out what was the root cause of the issue. Turned out, UI tests for Compose cannot run properly if the tested activity launchMode is singleInstance

Removing this attribute will fix the issue. However, if it's not an option, then there are a few other ways to fix it:

When assembling an app, Gradle merges manifests that your app, dependencies, and modules may have.
You can override or remove completely the android:launchMode attribute by node markers.
By default, androidTest runs in the debug build type. So adding a proper node marker to Manifest in the/debug directory will override it for the app used by androidTest tests.

⚠️ However, it will also affect ordinary debug builds. Read further if it's undesirable.

⚠️ Build type can't be named compose as it is a reserved word.

In my case, the root cause of the issue was due to using the wrong scrolling functionality in LazyList.

How to Implement a Flutter QR Code Scanner Plugin from Scratch