The React team has announced that they have released the first Release Candidate1 for React 17.0. 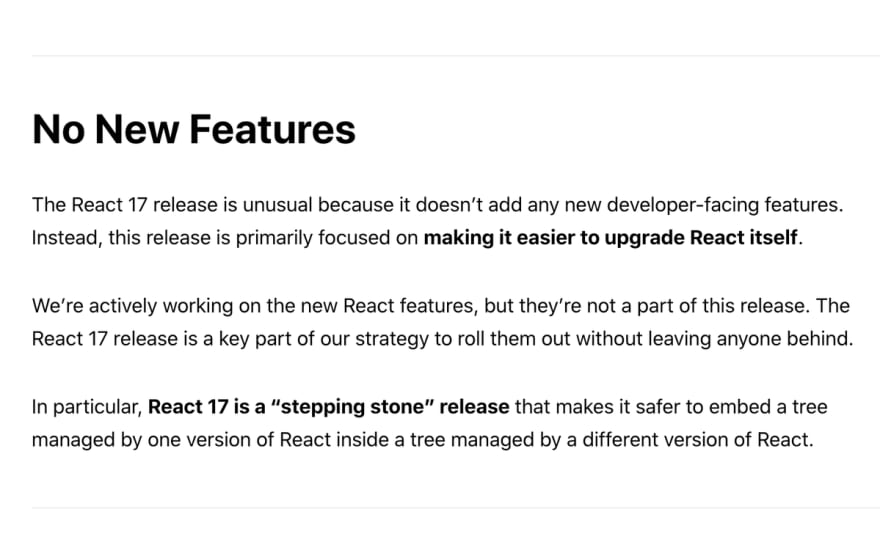 Today, we’re releasing the first Release Candidate for React 17! This release is rather unusual: it contains no new features. 👀 reactjs.org/blog/2020/08/1…

You can read more about v17.0 over on the React blog.