We have just kicked off the very first episode of The Maker Show! This show is series of monthly one hour show for developers hosted by Sherry List and Goran Vuksic. On each episode we will highlight tools and projects from the community that can inspire new creations and inventions.

In this episode we had Jim Bennett as a guest speaker about "IoT powered holiday lights 🎄". 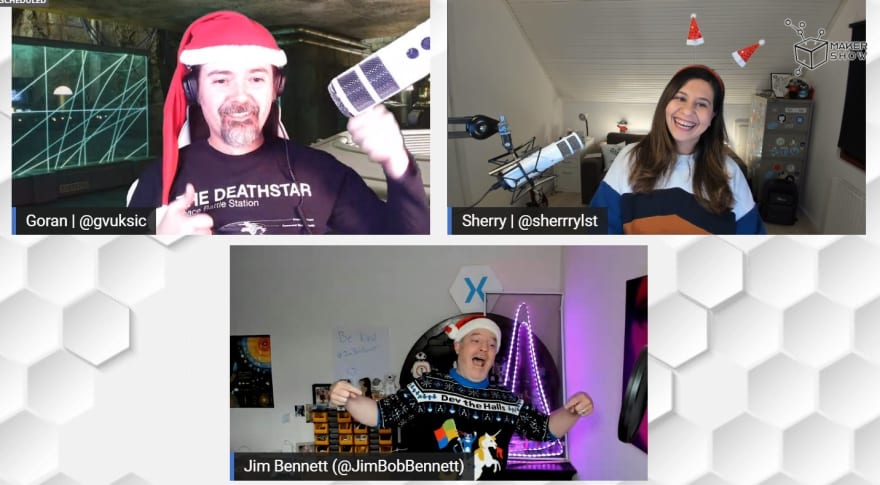 Jim does things with IoT and Azure in the Developer Relations team at Microsoft, mainly creating content for students and faculty to help them be successful with Microsoft technologies.

As an IoT enthusiast, Jim has wired up his lights to a Raspberry Pi, and he controls them using cloud IoT Services with no code apps. This allows him to turn lights on and off, or to change the color via a mobile app.

Resources from the show are available at the following link: http://aka.ms/Jim/MakerShow

The 5-Minute Guide to Reducing Downtime in Manufacturing with IOT