For some time now, I have been feeling the need to use the code not for commercial purposes, but purely for fun.

This is why I am approaching the world of creative coding.

One big difficulty I immediately encountered was the lack of knowledge of linear algebra and trigonometry, and this is the reason why I decided to develop a library that would make the approach easier even for the less experienced user.

Mandalas have always fascinated me, so I started with simple shapes such as lines and polygons, and I worked on how to distribute them on a circumference. 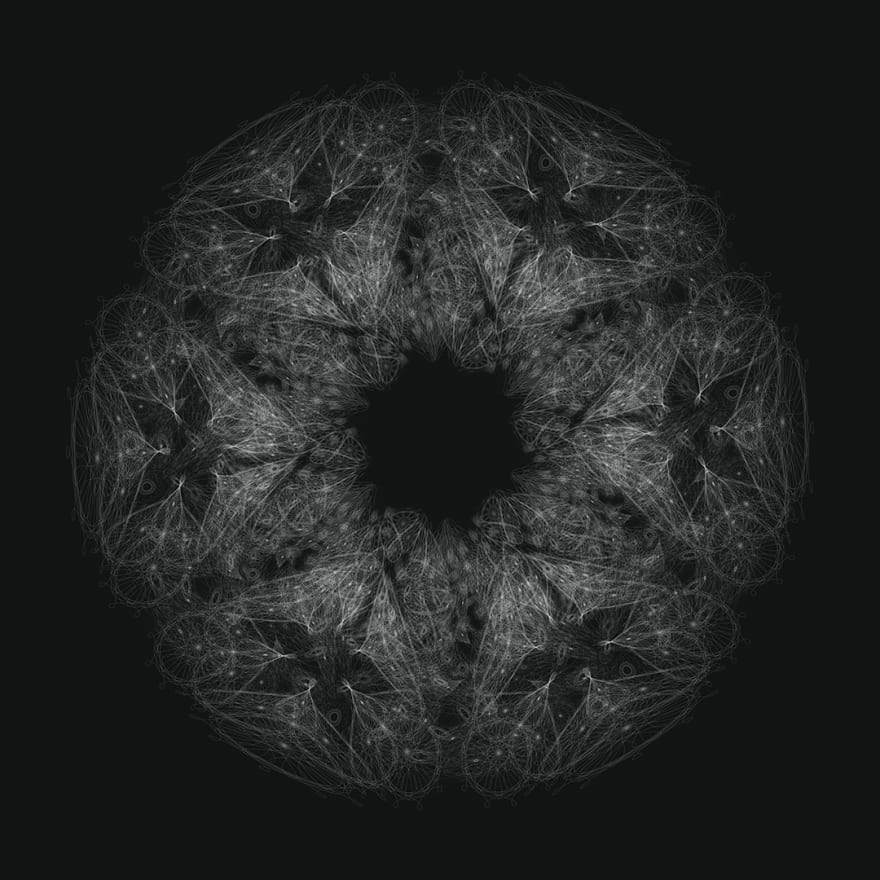 I focused on managing every single repetition and encapsulating the generated shapes, which allowed me to create new forms starting from the previous and simpler ones.

In addition to circular repetitions, I also added the possibility of creating matrices and some effects during the drawing phase, such as viewing the previous frames or disabling the deletion of the canvas at each frame.

Perfect to create images or animations, it can be used for texture generation, as support to other vector graphics software (thanks to SVGExporter), or to print with Penplotter.

At the moment the roadmap available are:

Let me know what you think about this :)

This library is based on the Urpflanze package for generate the scene.

It deals with creating two-dimensional shapes, repeating them, manipulating them point by point and encapsulating them.

Another need - which then became one of the main features - was to be able to encapsulate the result of a generation and manage it as if it were a new shape.

Once suspended, genbs will not be able to comment or publish posts until their suspension is removed.

Once unsuspended, genbs will be able to comment and publish posts again.

Once unpublished, all posts by genbs will become hidden and only accessible to themselves.

If genbs is not suspended, they can still re-publish their posts from their dashboard.

Once unpublished, this post will become invisible to the public and only accessible to Gennaro.

Thanks for keeping DEV Community safe. Here is what you can do to flag genbs:

Unflagging genbs will restore default visibility to their posts.