I've been sat at home for the past couple of months self-isolating and have become dreadfully bored.. So why not work on a cool little project? I definitely didn't get super excited and giggled like I was witing my first hello world when the @ItsMelonBot actually posted a tweet.

Believe me, I know its nothing fancy, I essentially do this every day at work but it was still pretty cool non the less... It the little things in life!

The journey began with me going through medium until I came across a post 'cool programming projects' and saw the twitter bot and thought... why not.

I needed an idea, a retweet bot? Boring. A trend bot. Booooring. How about a melon bot?... A what? 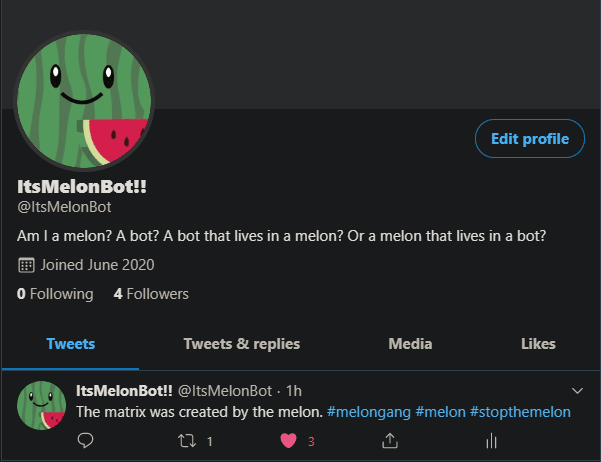 I kicked started Intellij and started the process, had it finished in 15 minutes or so. The thing that did take me ages to get my head around was deploying it into Azure. Now that... that was a b****. I tried to sign up to AWS but for whatever reason AWS didn't like me very much so off to Azure I went. Azure is seriously complicated... It took a while to get my head around how it all works but we got there in the end and it made deploying my bot to the cloud much faster and easier.

For anyone interested, I've created a public GitHub repo with detailed documentation and comments on how to get it up and running, thought some of you would like to play around with it or add some functionality. 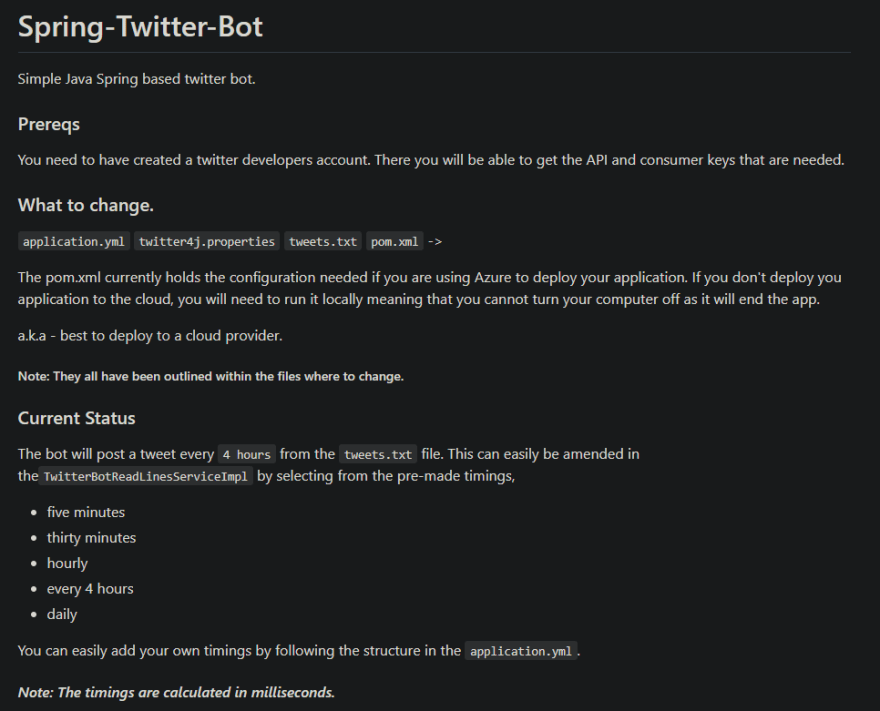 Just wanted to get my thoughts on paper. If you would like to see a full tutorial on deploying it, etc. Let me know!

Rus Kuzmin
Just a dude with mediocre code skills. I do sometimes make cool stuff though.
Which headless CMS would you recommend for a blog site?
#discuss #help #beginners #webdev
Cloud Native Java Microservices with JHipster and Istio
#kubernetes #jhipster #java #istio
Nobody talks about this in the IT world
#beginners #productivity #programming #discuss

Once suspended, goldennoodles will not be able to comment or publish posts until their suspension is removed.

Once unsuspended, goldennoodles will be able to comment and publish posts again.

Once unpublished, all posts by goldennoodles will become hidden and only accessible to themselves.

If goldennoodles is not suspended, they can still re-publish their posts from their dashboard.