What is Data Structure?

A data structure is an organized way to store data on our computer so that it can be used more effectively. We will discuss them briefly.

An array is a data structure consisting of a collection of elements each identified by at least one array index.

A linked list is a sequential structure that consists of a sequence of items in linear order which are linked to each other.

Stack is a linear data structure that follows a particular order in which the operations are performed. The order may be LIFO(Last In First Out).

A Queue is a linear structure that follows a particular order in which the operations are performed. The order is First In First Out(FIFO).

Hash table is a data structure that implements an associative array abstract data type, a structure that can map keys to values. A hash table uses a hash function to compute an index, also called hash code, into an array of buckets or slots, from which the desired value can be found. 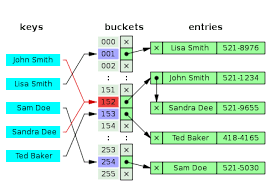 A Tree is a widely used abstract data type that simulates a hierarchical tree structure, with a root value and subtrees of children with a parent node, represented as a set of linked nodes. 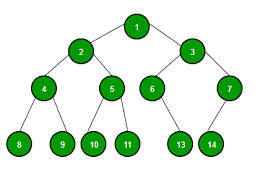 A Heap is a special case of a binary tree where the parent nodes are compared to there children with their values and are arranged accordingly. 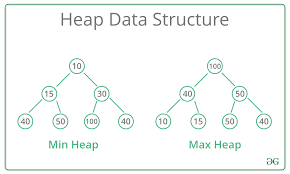 A Graph is a nonlinear data structure consisting of nodes and edges. The nodes are sometimes also referred to as vertices and the edges are lines or arcs that connect any two nodes in the graph.

ElasticSearch: Zero to Hero in 12 Commands

Once suspended, ishanbagchi will not be able to comment or publish posts until their suspension is removed.

Once unsuspended, ishanbagchi will be able to comment and publish posts again.

Once unpublished, all posts by ishanbagchi will become hidden and only accessible to themselves.

If ishanbagchi is not suspended, they can still re-publish their posts from their dashboard.

Once unpublished, this post will become invisible to the public and only accessible to Ishan Bagchi.

Thanks for keeping DEV Community 👩‍💻👨‍💻 safe. Here is what you can do to flag ishanbagchi:

Unflagging ishanbagchi will restore default visibility to their posts.