TL;DR I did a challenge for an anagram creator, I broke down some of the processes. Here is where you can find it in GitHub https://github.com/JacobMGEvans/test-field

I saw someone working on Anagram tester/generator on Twitter, so I decided... I am at the airport for several hours, then a plane ride and need something to do.

The first thing I tried to do was randomly change the index of the elements maybe using .sort() with a Math.random() somehow in the mix. I got something that was sorta (bum dum tss) doing what I was hoping for.

Changing the approach, there are usually many different ways to do something.

Here is the whole thing plus some comments I use betterComments extension and JSdocs so they dont look like plain multiline comments: 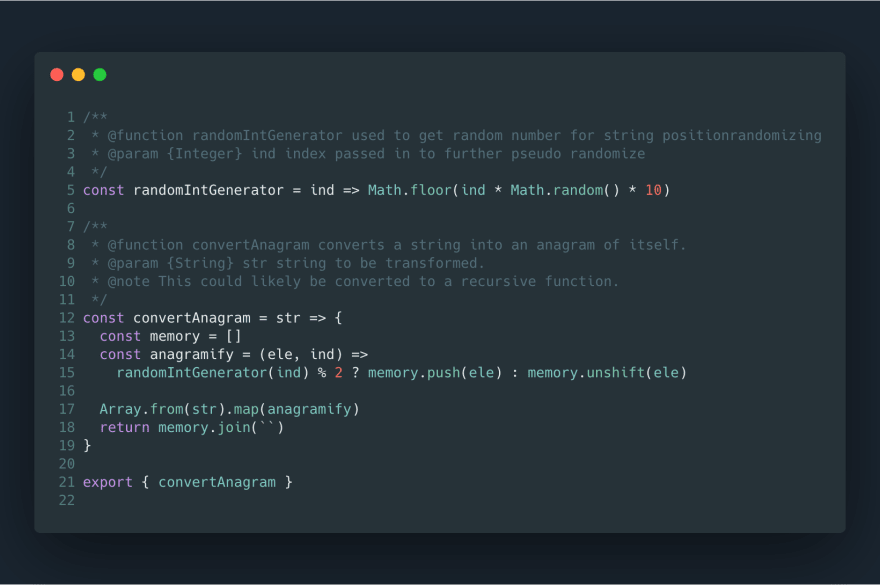 The Jest Tests for the anagram-generator: 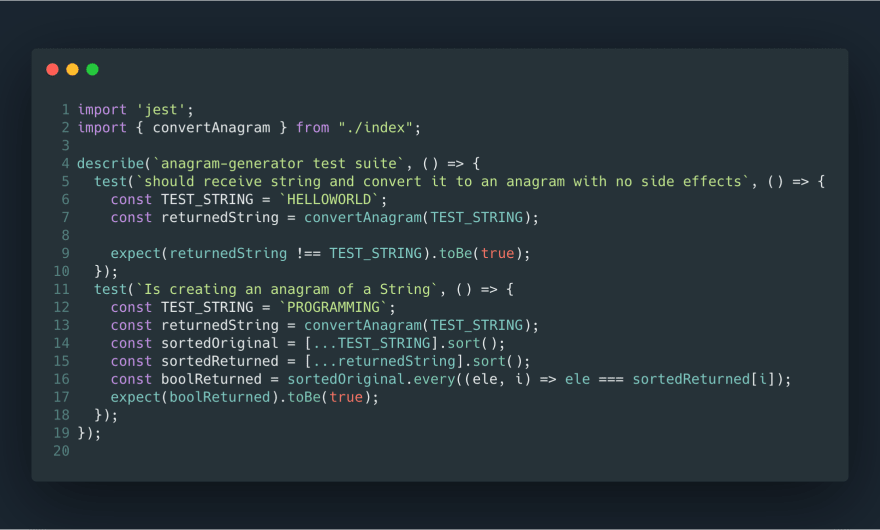 Thanks for keeping DEV Community safe. Here is what you can do to flag jacobmgevans: