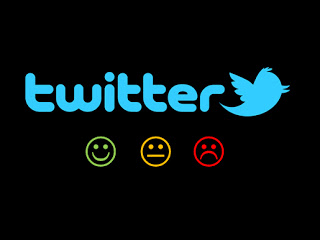 This one took long due to the Analysis work I was doing for this post.There is a lot of work going on in the subject of Sentiment analysis so I decided to compare the accuracy of the products. Let's start with some basics...

Natural Language Processing is a very interesting topic and a subject of debate when it comes to accuracy of the NLP.

It seems like a simple statement until you begin to unpack the many alternate meanings:

Sarcasm is that component of the language that is difficult for quite a few humans to understand.

The presence of all these components in the language makes it much more difficult to process it.

The problem is to determine the polarity i.e the negativity or positivity of a sentence by processing the sentence and applying some algorithm to it.

One of the naive approach for calculating the polarity of the sentence is Bag of Words Technique.

But this is pretty basic approach and works only for very simple sentences and not effective for complex language. There are many other algorithms like SVM, Maximum Entropy etc which calculate the polarity by form a relationship between the words.

Twitter is a very popular social network where information spreads like a fire and reaches millions of users within seconds. Twitter sentiment analysis is a subject in which the Twitter tweets are analysed for calculating polarities and then a social notion about a topic is estimated.

There are many products in the market that claim to provide market analysis based on the Twitter data.
A big question on this type of  analysis is that if it is difficult to understand the natural language and even after too much research its accuracy in sentiment analysis is at most 85%, how difficult it is to classify a twitter tweet into positive or negative tweet by just 160 characters, also these tweets have lots of jargons and slangs.

There was a maximum accuracy of 50% and all the models nearly performed equally well.
The results can be seen here.
One thing that was clear from this analysis is that

"Either we can not depend on Twitter's tweet data for Market Analysis and Predictions through Sentiment Analysis or we need a more sophisticated system to do the analysis."

Japneet Singh Chawla
Coder by profession, I am very keen on learning new things. Recently Machine Learning and Big Data got my attention. Apart from coding, I am a fitness freak and believe in constant improvements.
Machine Learning-A Problem or Solution
#machinelearning #classification

Once suspended, japneet121 will not be able to comment or publish posts until their suspension is removed.

Once unsuspended, japneet121 will be able to comment and publish posts again.

Once unpublished, all posts by japneet121 will become hidden and only accessible to themselves.

If japneet121 is not suspended, they can still re-publish their posts from their dashboard.

Once unpublished, this post will become invisible to the public and only accessible to Japneet Singh Chawla.

Thanks for keeping DEV Community 👩‍💻👨‍💻 safe. Here is what you can do to flag japneet121:

Unflagging japneet121 will restore default visibility to their posts.